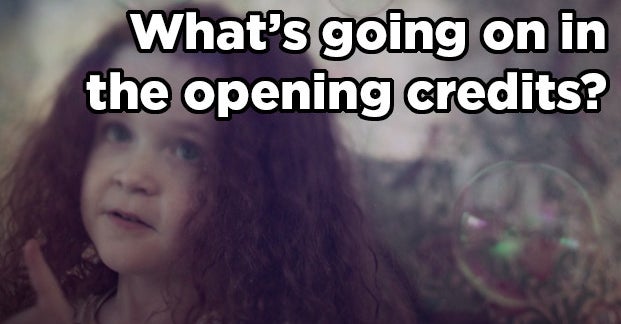 On last night’s episode of HBO Max’s The Undoing, Elena Alves’s killer was finally revealed and viewers kicked themselves for not just sticking with their gut instinct all along.

Even though our most important question was answered, there are still quite a few loose ends that we’d love for HBO to tie up ASAP:

What’s the meaning behind the opening credits? Is the little girl supposed to be a young Grace?

Why didn’t Grace immediately lawyer up when she was being ambushed by detectives at the start of the series? If her father was that wealthy, wouldn’t he have a family attorney on call?

Why does Grace cross-examine her patients like she’s a prosecutor and not a therapist? Would she be able to get away with talking to them like that in real life?

What was the point of all those sexual visions Grace had about Elena?

Who was Jonathan’s other affair with that he mentioned to his lawyer?

What did Grace’s father do for a living that made him so rich?

What was Jonathan doing every day during those three months when he wasn’t working?

How did Jonathan barge into Fernando’s apartment without getting in actual trouble for witness tampering?

How did Henry automatically “know” his dad was having an affair from just seeing him speak to Elena on the street?

Why was Grace taking a night walk by Elena’s studio — which was clearly nowhere near her Upper East Side apartment — on the night of the murder?

Why didn’t Elena’s portrait of Grace ever come up in court?

Why did Jonathan “dispose” of the hammer so sloppily?

How did Grace not notice that the dishwasher was being run twice in a row right when they got to the beach house?

Will Grace’s dad get his $2 million bail money back even though Jonathan didn’t show up at court in the last episode?

How did the helicopter Grace and her dad were chasing Jonathan in land so fast?

Will Grace even be able to continue being a therapist in New York City after such a high profile case?

Do you have any lingering questions about The Undoing? Tell us in the comments below!