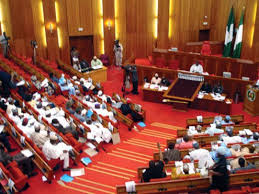 The Federal Government of said on Wednesday that it has met seven of the eight demands of aggrieved university lecturers.
One of the demands that could not be met is the N284 billion allowance owed the lecturers, and which the government cannot meet now because of “recession,” an official said.
The university lecturers, ASUU, embarked on a one week warning strike last Wednesday which was called off yesterday evening.
ASUU President, Biodun Ogunyemi, who announced the call off, directed all lecturers to return to work while negotiation with the government towards avoiding an indefinite strike continues.
One major demand of ASUU is the exclusion of universities from the Treasury Single Account, TSA, which they said was stalling research in universities.
Other demands include the payment of Earned Academic Allowances, effective funding of universities, and an end to the payment of fractions of salaries to some institutions.
On Wednesday, the Minister of Labour and Employment, Chris Ngige, briefed State House correspondents on the lecturer’s demands.
At the end of the meeting of the Federal Executive Council in Abuja, Mr. Ngige said the Minister of Education, Adamu Adamu, briefed the Council on the ASUU strike.
He said the union had about eight demands and “seven of them have been trashed”.
Mr. Ngige said the Nigerian government “conceded to them the right to exclude endowment funds that accrued to Universities from the Single Treasury Account, TSA.”
He said the TSA is not meant to punish anyone, but an account that enables any government institution to know what their financial position is at any given time.
“It also makes for accountability. You pay in whatever you drive from government funds, ask for it back and you get it.
“The only thing is that you must do the paper work for the accountability aspect of it to be there. And for any institution, they should be able to look at first glance, see the monies they have in account A, B or C at the CBN, add up and know what they have,” he said.
The minister said although government agreed to ASUU’s demand on TSA, it was only limited to endowment funds.
“But that doesn’t also mean that at the end of the day, the University councils will not have the right to audit such an account, that is really the only area that is still contentious,” he said.
Mr. Ngige added that negotiation was also not completed with regards to the earned allowances.
He said the earned allowances were not resolved because “everybody knows and agree that we are in recession”.
“If we are in a recession and you are asking us to pay you N284 billion, nobody will pay it because the money is not there,” he said.
He said the federal government has, however, offered to provide some money for the allowances “pending when we finish auditing of the first tranche of money that has been given to them in that same area of earned allowances”.
“That tranche of money that they collected is being audited, but the auditing process is very slow, because some people for some strange reasons are not allowing auditing to take place.
“So a time frame has been fixed of six months within which the auditing will be done,” he said.
Mr. Ngige added that within the six month period, the government has offered to be making some payments on a monthly basis.
He said ASUU has equally offered to make a counter proposal to the government.
“So both parties have gone back to their principals,” he said. “ASUU has a principal which is the national executive body and government has come back to look at our finances viz a viz with the National Assembly which will appropriate that particular fund.
“Because for 2016 there is nothing in the budget for it. It will be done and appropriated as at when due.
“Next week, they (ASUU) will come back with their counter proposal,” he said.