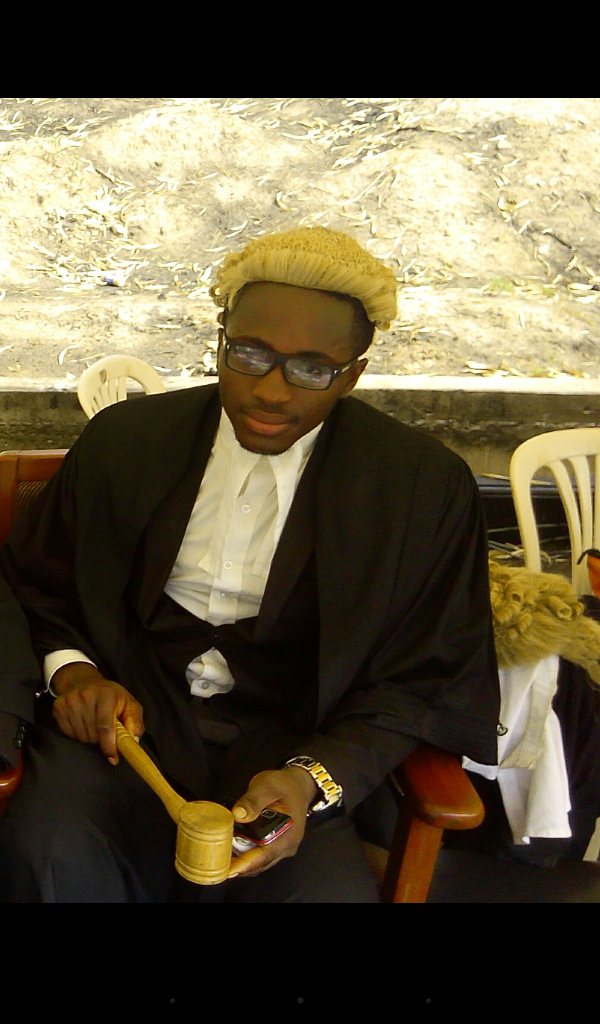 There’s always been this notion that people have about lawyers. I remember my old friend telling me once, “my son ,you’re a very bright child and I know you’ll go far. Whatever you choose to do,please avoid lawyers..” In other words, I should never aspire to go into the law profession. I’m not an enemy of lawyers,but I don’t patronise them either.
My perception however took another dimension when I met this young Law student of Nnamdi Azikiwe University, Awka. He’s the type of person you just can’t afford not to like. He has this sincerity of purpose, and openness that reached down to his character. After reading this notice( below) released by the management, I came to a conclusion that all lawyers cannot be thieves and liars,if we could have more of the likes of Esq. Mike in the profession…

PUBLIC ANNOUNCEMENT:
THIS PUBLIC ANNOUNCEMENT IS VERY IMPORTANT TO ALL THE STUDENTS OF NNAMDI AZIKIWE UNIVERSITY AWKA, INCLUDING ALL THE CANDIDATES FOR 2017/2018 ACADEMIC SESSION AND TO WHOM IT MAY CONCERN;
A young man who is known and called Okonkwo Michael Chidera and who is popularly addressed as Esquire-Mike, did a wonderful, humanitarian and an unforgettable work of charity in Nnamdi Azikiwe University Awka on Tuesday the 12th day of September 2017.This good Samaritan (Okonkwo Michael Chidera) deed Diploma Program in the Faculty of Law Nnamdi Azikiwe university Awka. He represented Faculty of Law N.A.U Awka as the Chief Justice during the Exhibitions of June 2015 and March 2016 respectively.


He
finished his Program in August 2016 and as a result he is now a potential Law student of NAU Awka. 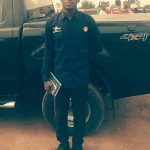 On Tuesday 12th day of September 2017, a young lady in company of her three friends came to Unizik to buy the Post UTME form(Screening form). Unfortunately, they lost part of their registration money which made them not to buy the form. They searched for the money but to no avail. As a result, they became helpless. But as God would have it, the above named Young man(Okonkwo Michael Chidera a.k.a Esquire -Mike) came to Unizik to buy post UTME form for his friends. According to the investigations conducted,the young man saw the lost money around the school premises on his way coming to buy his friends’ form. He said that when he saw the lost money God instructed him to pick it and search for the owner. He went and printed 90 copies of notifications and shared them to all the Post UTME Applicants ,Typists, all the post UTME Agent workers and all the computer operators working inside Unizik mini market. He also made another 95 copies of the said notification to enable him reach the owner of the lost money. Note that all these things were happening around 12 noon.

According to Esquire-Mike, he vowed that he’d not rest until he found the owner. He abandoned all that he was doing to see that justice was done. Upon all the discouragement given to him by some persons he refused to be perturbed instead he continued in his search.
About some minutes past 4pm, a young girl came and told him (Esquire-Mike) that she lost her money and she was seriously in need of it. He asked the girl some questions which she answered correctly. He then decided to hand the girl over to the Security at Faculty of Arts Nnamdi Azikiwe University Awka.
To shorten the long interesting story,the young girl gave her own evidence and noted that three of them (the girls) put their post UTME registration money together in one envelop. The parents of those three girls were called to give account of the amount and specific denominations of the money they gave to their children respectively.
Finally, the evidence given during the cross examination showed that the lost but found money belonged to the girls. And as a result, a document was signed by both parties (the young girl, Esquire-Mike and the Security Officers. Take note ; for security reason,the names of the other party and the amount of the lost but found money were not disclosed but if you want to know such,come to Security Office, at Faculty of Arts Nnamdi Azikiwe University Awka and find out.
it has come to our notice that some people have been calling this young man to make false claims to the money.we hereby wish to make it clear that the notice of missing money is no longer valid as the rightful owners have claimed it. we hereby discourage any further attempts by mischievous elements to take advantage of the notice.
We advice that no one should make unnecessary Calls to this good Samaritan in demand of any sum of money or harass him in any way . As such person would be considered fraudulent.
The Entire Public is hereby advised to share this message in all your WHATSAPP GROUPS,FACEBOOK PAGES AND TWITTER. This will go a long way to reach each and everyone who might in one way or the other have received the printed notification and for them to know that the purpose of such notification has been achieved.
We want to let u know at this end that the truthfulness and certainty of the above statements is never in doubt at all. And for security purposes, this young man’s video tape is going to come out very soon and the Public accepted Nigeria News papers are going to help widespread this unprecedented act of Okonkwo Michael Chidera a.k.a Esquire-Mike. This young man is worthy of emulation. We wish to encourage other students to be their brothers’ keepers as we have seen in the case of esquire Mike. we further encourage our candidates to maximize their opportunities and study hard for their forthcoming POSTUTME exams and wish them goodluck…”
Signed………………..
Management
I almost didn’t believe this until I personally made inquiries and interviewed the Esquire.You can see the printed notice below.
I like the integrity of this young man, and I pray that God sees him to the highest echelon of his chosen profession. If you see a man that is diligent in his work… 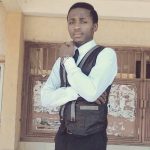