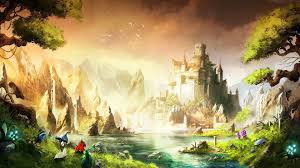 a dream is a series of images and feelings occurring in a person’s mind during sleep.wonderland is a place full of wonderful things.a dream world is a commonly used plot device in fictional works,most notably in science fiction and fantasy fiction.the use of a dream world creates a situation whereby a character [or group of characters]is placed in a marvelous and unpredictable environment and must overcome several personal problems to leave it.dream world [also called dream realmor illusionary realm].
it talks about one being able to achieve one’s goals and purposes in life and to be focused in life and not to be afraid of anything that comes their way and must face it with boldness and determinationas well as courage.
the dream to wonderland tells about a man and a woman who found themselves in a strange place they have never been to before in their lives and where very adventurous and excited at the same time.it is another block buster fiction coming from the production of alice in wonderland,wizard of oz,as well as sleeping beauty e.t.c.it is a story fiction that is adapted into plot,events,action and thriller that will excite vieweers and audiences alike.it stars john andrew,rachel harvey,christie bell,chris thorne,gary newman,cynthia rice,steve grey,and a host of others.the movie is 2hrs 45mins.the director-martin scot.producer-michelle monaagan.executive producer-michelle monangan.screen writer-guy fox. script editor-anita baker.story-andrea casilas.

plot
a couple mr and mrs gary neville are travellers who came from queens park to settle  in las vegas,a buzzling city full of night life and activities.everyone doing one activity or the other.all kinds odf weirds things happening,people wearing wearing halloween masks with their loved ones,children playing at the park.
they encountered a lot of people who welcome them with smiles because they are strangers in the city.
as they try to settle down with their two children,bella and tony a lot of strange events took place in their lives and totally changed their lives.

scene
mr gary neville is father and a husband working at an archaeological centre in the institute with a team of archaeologists working on some artifacts to gain knowledge about them.
mrs susan neville is a teacher in a school in las vegas as well.not too far from where her husband works.
bella and tony,their two children goes to midtown high school in las vegas on getting to the school,they meet new friends namely,john bullock,margaret o’neil and matthew nice .they are charming and lovely people as well.funny and lively.
the school has a population of 50 students,40 teachers,a principal,a janitor,nightguard e.t.c.it has a laboratory,a theater,a hall,sections for amusement park,e.t.c.
the teachers are dedicated to teaching students to make them disciplined and self-reliant as well.they are attentive to the needs of students and open-minded.
as the teacher was teaching,gary,bella and their friends were playing a game until the teacher caught them playing and told them to kneel down in front of the students.the name of the teacher is mrs angela turnbull,a young woman of 32.light-skinned and slim.she is serious mined and funny.
while that was happening,mrs angela turnbull told tony,bella and their friends to tell the students what they were doing .they were embarassed and the students m ade fun of them.and mrs angela turnbull told them to take their seats and be attentive in class.
during break,tony and his friends were discussing about their adventure in the school,while that was going on,a group of boys were amusing the girls on their dance steps which was cool and amazin g .the boys are talented and fun to be with.
meanwhile bella  and her friends were having fun at the park as well.discussing events in their lives around them.
something strange happened they encountered a strange place called wonderland with beautiful sceneries in the forest.bella,tony and their friends embarked on a journey for adventure in the forest.it was like magic in wonderland where strange things happening.it had doors,buildings floating in the air.they were amazed at such a sight to behold.when that was over they went back to where they came from.their parents i.e mr and mrs gary and susan neville came back from work to pick their two children tony and bella from school and inquired what they learnt from school and they told them that they were ecited to make new friends,learnt  about various subjects on literature,science and maths and liked them.
they drove home refreshen up and had lunch afterwards,and had rest.later the kids ,bella and tony discussed with their parents what they saw in the forest,the adventure ,the excitement and the thrills.their parents listened with keen attention and were excited  at what their children told them.
they went on a trip with their two children in the forest where they went into wonderland and were thrilled at what they saw with the glamour and excitement filled them with joy found a place like that.just like the ideal home they had wanted all this time.
telling one that one should not be afriad to dream big no matter what.
back to the action.
it was a good one afterall their lives changed that moment and was never the same again.
the end.