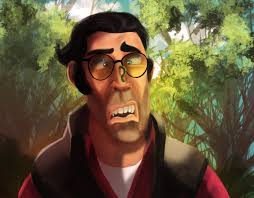 this is a work of fiction that would excite a lot of readers.it is a blockbuster fiction written by me (Ben) which talks about a man who was transformed into a magma when he was accidentally thrown into a larva volcano by unknown bad guys working for a man named bruce anderson who was a protege of michael kaine who was transformed into a killoing machine when he was accidentally exposed to the gamma radiation.
imagine a world full of superheroes.wouldn’t it be cool and fanstatic.but as we know it,it exists in our fantasy world.heroes defend the innocent people in the society where bad guys terrorise the city with their sophisticated weapons destroying houses and high rise buildings.it is an action fiction story based on characters and plots.

plot
a group of mercenaries working in a laboratory owned by military soldiers in new york city carrying out forensic studies on ions,protons and neutrons in finding out how effective they are in nuclear weapons,as well as ammunitions and guns as well until something went wrong which resulted in a disaster when one of the military men came in contact with the gamma radiation which transforms him into a killing machine.
in the meantime,a cop working in los angeles police department in the city of los angeles who is dedicated to duty as well as protecting the city by getting rid of bad guys in the city who have being terrorising the people making them uncomfortable.
in the course of his duty,a group of mercenaries abducted him unexpectedly was overpowered when he tried to resist them he couldn’t.
the people panicked when it took place but were helpless they could not do anything just watching helplessly when they took the cop away.
the mercenaries took the cop to a larva where they threw him there.he was in pain,they took off as time went on he became magnoman,he was half-human he grew with his power of larva went after the bad guys and killed them all.