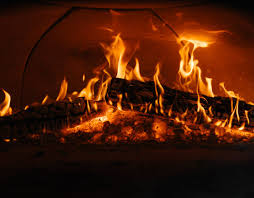 Have you come across demons tormenting people everywhere they go,causing fear in the minds of people in their large numbers.
A lot of agents of the devil are out there to torment people to join them or get killed in the process.
in this era of christianity where churches are eager to gather souls for God’s kingdom to prosper against the pricipalities of darkness who are out there to ruin souls.They are the fore-runners of the anti-christ which bears the mark 666,the mark of the beast.
It is important for one to abide in the Lord Jesus Christ,because he is the one who can save us from the arch-enemy the devil and his agents.
It is important for families to stay together by encouraging one another to pray at all times in order not to fall into temptation of the devil and his agents,also reading the scriptures.
The devil can use anyone we are familiar with like friends,colleagues,families,e.t.c. to manipulate us,this set of people they live with us,dine with us,and go out with us.
The fiction i write is a christian story that talks about the anti-christ who is bent on taking over the kingdom of God in order to cause chaos and commotion among God’s people in this mundane world.Also,it is full of plot and events to excite the audience and viewers alike who would love to learn something from it and to be enlighten about the implication of hanging out with people we do not know and to stay alert at all times in order not to fall into temptation.
It is meant for everyone who wants to be saved and also for those to abide in God.
Rev.Father Peter Craig was preaching in the Church on that fateful day at Saint Michael’s Catholic Church in Townsville in Chicago,he was preaching to the congregation who attended mass to be watchful and pray at all times in order not to fall into temptation of the devil.While that was going on,Rose Meyer the demon was in the Church alongside Matthew Price,the anti-christ with their followers to launch an attack there,the congregation was thrown into dismay,the priest Rev.Father Peter Craig was there also when they arrived at the Church Unannounced.
The Rev.Father alongside the congregation were in intercessory prayers against them in a battle while the anti-christ and his agents were unleashing a legion of demons in the Church to terrorize the Priest and the congregation,they were overpowered by them,some of them were hypnotized by them and were killed in the process but they fled the Church.
Christian Slater and Angela Stone are hunters that are after the anti-christ and his agents,their job is to track down evil everywhere they are hiding,they were on their way to the Church for them on getting there,they saw the priest and some members of the congregation were lying unconscious there.They came to inquire from them what happened,the priest told them that the anti-christ and his agents came to attack the Church and hypnotized them,they fell into a trance and were unconscious.The hunters were told that they should be careful whenever they come across and to avoid being hypnotized.
The hunters were armed with guns and holywater and garlic in their bags as well as knives for self-defence.They head towards the streets of Chicago hunting and killing some agents of the devil in high places.All day in their numbers for them to kill.
Meanwhile,Rose Meyer and Matthew Price were visiting places to forment trouble everywhere they went,Angela Stone and Christian Slater also had their fair share of demons,they were hunting all this time.
Everyone was running from place to place to take cover against them for fear of being hypnotized or die in the process as the case may be.
Well the Priest was also in intercessory prayers for God to take control over the agents of the anti-christ.
Meanwhile,Christian Slater and Angela Stone encountered Rose Meter and Matthew Price face to face at the city armed with weapons with them for fierce combat with a legion of demons to contend with,at first it was not that easy facing them which requires courage and boldness for one to defeat them.
Angela Stone and Christian Slater fought the demons and sprinkled holy water and garlic on them they got burnt in the process and dissolved.Matthew Price and Rose Meyer ran as fast as they could but were chased by Angela Stone and Christian Slater until they got to the Church in Townsville in Chicago where Rev.Father Peter Craig was praying with members of the congregation when Matthew Price and Rose Meyer stormed the Church unexpectedly with Angela Stone and Christian Slater there to combat them.
They were transformed into fiery creatures in their presence which they were terrified and scared at the same time,a scary sight to behold indeed.Rev.Father Peter Craig and the congregation went into intercessory prayers for God’s intervention,while that was going on,Angela Stone and Christian Slater played their part by sprinkling garlic and holy water on them which had a positive effect on them they dissolved and were burnt at the same time,light prevailed over darkness which was a sigh of relief to everyone in the Church.
They vanished in the thin air and never heard off again.There was jubilation in the air that evil has been subdued by light.
The End.