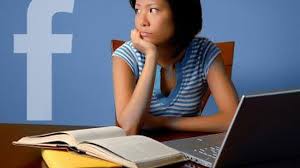 Facebook has become the world’s largest social giant, with many billions of users across the world. it has many people we spend more of our free time with, a third part of them are people we met online, which leaves you wondering the amount of of time we spend daily on facebook. many people have initiated contracts, connected with friends and family, and even got useful relationships with people they met on facebook. Because the world is large, the geographical differences restrict us to our boundaries and to the limits of pocket ( how much we can afford to travel) But with the coming of internet, and social media, especially facebook, the world has become a global village. you can reach any part of the world you want, right from the comfort of your bedroom. many old people who would have been regrettably lonely, bored and having no people to spend their time with, now find solace in facebook. many evangelists have taken the holy war to the facebook font. it has become another world of its own.
having appraised a few benefits of facebook, we should not forget that whatsoever has an advantage, must surely have disadvantages too. let’s look at some disadvantages of facebook, which if you look at, you would regret ever joining the social giant.
1. moral decay
even the atheists who do not believe in God, have appraised the need for a morally sound society. there is a world of difference between morality and religion. our generation is going to absolute amorality. many cultures have evolved so fast that they have gone too forward to fall back into animal-ism. even animals have some a bit of morals compared to what is obtainable in many cultures today. where incense, sodomy, lesbianism, and all sorts of things have borrowed the name of legality. LGBT movements have become strong with a voice that that draws more strength from daily growing myriads of followers. all these have no other place to spread their gospel, but the social media, especially facebook. facebook now pardons a level of nudity as being in conformity with community standards ( what community??) all those whose eyes are open, will realize that an unprecedented storm has overtaken the earth, a colossal force has found its root, and is making it stronger in the social media. pornography has found a degree of legal recognition of facebook. cyber sex has major foothold on facebook than other media, with the evolution of messenger and its audio and video calls. And mind you, that this, is a platform where our children and wards live most of their lives on. may the lord help us.
2. Security risks
it is not today that insecurity began. it has been since the time of old. the Bible recorded that the heart of man is desperately wicked, and all its deliberations are evil. Where good people are, bad people will definitely be there to hunt. so many people including a close friend of mine, have been duped of their heard-earned source of living, right on the facebook platform. hackers by the day manipulate their way to people’s data, right on facebook, facebook now has access to most of our data which i fear someday it may compromise. how would you feel to wake up one day to find that all your info, bank details, family and personal data have been hijacked and in the hands of men of the dark? your location is constantly checked and updated to the facebook database. your contacts, and much more are also accessed. how strong is facebook that it cannot fall? and what becomes of your stuff? this would not affect just you , but would be a national risk, with catastrophic consequences. Not to talk of innumerable cases of impersonation and scams reported daily on the facebook platform.
3.time waste
facebook is addictive. most people now live their daily lives on facebook. can you ask yourself, if you could bear a day without visiting facebook? many people upload videos and photos daily of every single thing they do. can you imagine the time spent doing all these? only few people use facebook to make money(monetize facebook) anything you do that does not yield benefit is a waste of time. imagine how many more intellectuals we’d have if our school children and youths use half of the time they spend on facebook to read? too much of everything is bad.
4.Health risks5. the more you look, the less you see..
with the surge of populations on facebook, and dogged efforts by facebook itself to sanitize the system, it is quite clear that the facebook social media has more hazards now than ever before, with many people living what they’re not, with uncountable fake profiles all over the network. how are you certain the person you have been chatting and revealing everything about you to, is really who you think? look very well, look again, what do you see? the more you look, the less you see!

Finally
I have nothing against Zuckerberg, but it is wickedness to see your neighbour walking into a pit and not raise alarm. the Christians ot there ,who would be honest , will attest to the negative impact of facebook on their faith. very few have been able to stand , and conquer, and be able to uphold the banner of righteousness on this facebook platform.
Take your time and think about this.