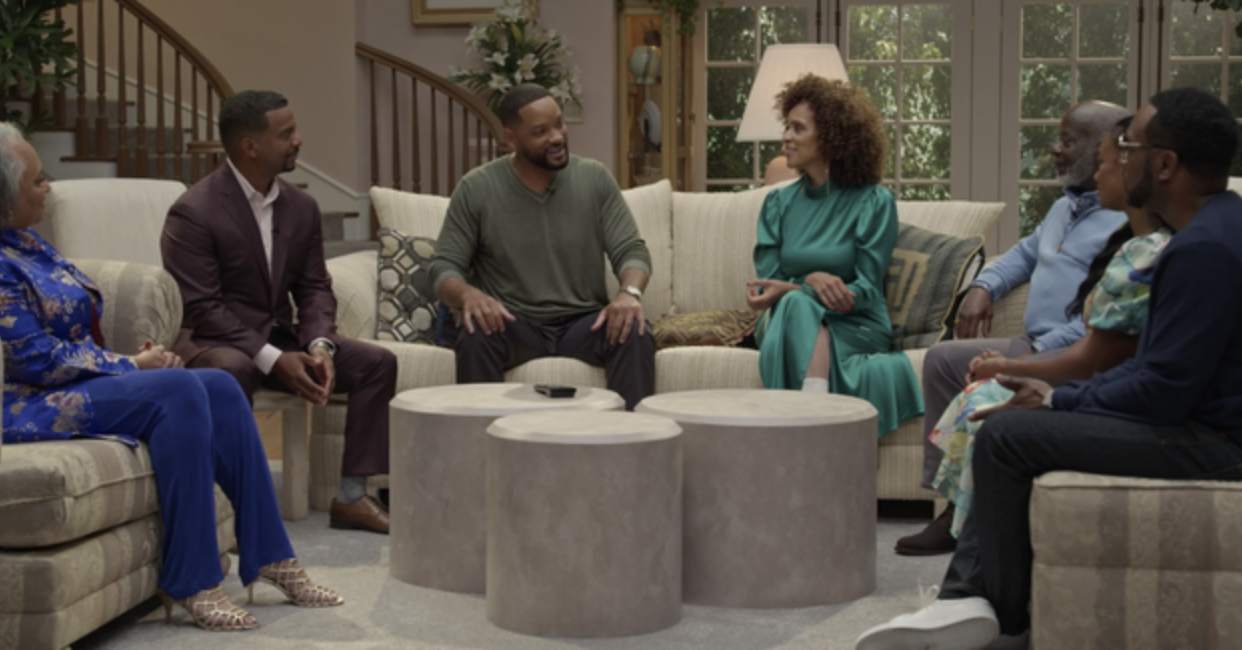 There were many great moments, but the one everybody was talking about was the cast, especially Will Smith, reuniting with Janet Hubert, who played Aunt Viv on the show during the first three seasons.

After clearing the air, the two shared a hug and Janet joined the rest of the cast who she hadn’t seen in 27 years.

One person who didn’t stick around for this part of the reunion? Alfonso Ribeiro, who played Carlton on the show.

Alfonso and Janet have been at odds over the years, most recently over this post on Alfonso’s Instagram from 2017.

Lots of people noticed his absence and assumed that the two hadn’t been able get past their differences.

But good news! According to both actors, Alfonso’s absence had nothing to do with any lingering tension between the two. It was a simple matter of scheduling.

In an interview with The Hollywood Reporter, Alfonso said that he couldn’t be on set that day because he had to film America’s Funniest Home Videos, which he hosts.

Janet also responded directly to a fan who implied that Alfonso’s absence was intentional.

So there you have it! Where there was once bad blood there is now water under the bridge, and we can all count this reunion as one of the nice things that happened this year.