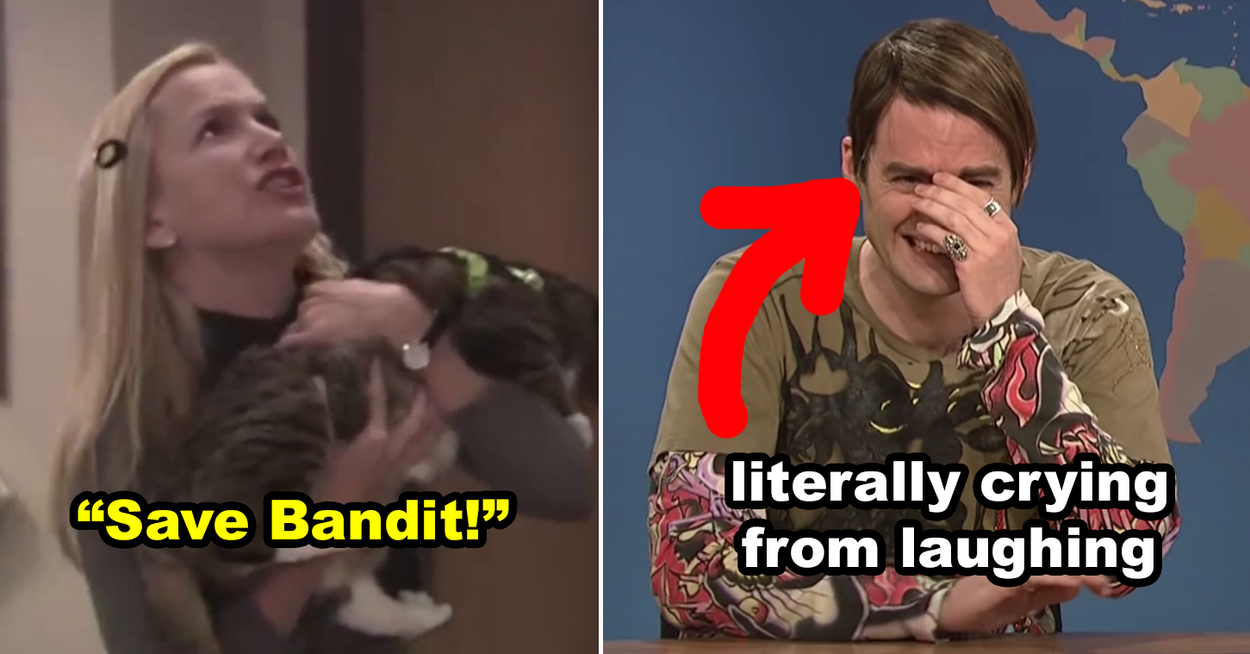 We asked the BuzzFeed Community to tell us which TV scenes make them laugh every single time they watch them. Here are the hilarious results.

In The Office, when Dwight planned a surprise fire drill for everyone, and all hell broke loose.

In Schitt’s Creek, when Moira thought she killed a random man, so she talked to David about it and accidentally turned him into an accomplice.

In New Girl, when everyone helped Winston realize that he’s colorblind, and his whole life started to make sense.

In Fleabag, when Claire’s coworker walked into the elevator immediately after Fleabag farted, and she commented on the scent.

In I Love Lucy, when Lucy accidentally got drunk off of Vitameatavegamin while filming a TV commercial.

In Community, when Troy left his apartment for 30 seconds to grab the pizza, and he came back to an enflamed room and a bloody Pierce in the darkest timeline.

In The Fresh Prince of Bel-Air, when Carlton ran around the entire set, screaming, after Will tricked him into thinking his prank accidentally killed Lisa.

In Brooklyn Nine-Nine, when Rosa suggested that Captain Holt and Kevin “bone” because they were spending too much time apart.

On The Carol Burnett Show, when Tim Conway played a dentist and kept accidentally injecting himself with Novocaine, making his limbs go numb while on the job.

In Veep, when everyone had to testify before Congress, and Mr. Rakes read every single insult Selina Meyers’ team had about Jonah in their “Jonad Files.”

In The Cosby Show, when Clair absolutely obliterated Vanessa’s entire existence after finding out she went to a concert in Baltimore, got the car stolen, and was robbed.

In Will & Grace, when Jack got extreme paralysis after putting too much numbing cream on his hands and face, and Will tricked him into thinking the only solution was to eat a banana.

In WKRP in Cincinnati, when Les Nessman reported live while turkeys were hurled from a helicopter, attacking people on the ground, in a Thanksgiving promotion gone wrong.

In Friends, when Phoebe found out that Chandler and Monica were secretly hooking up after accidentally catching them mid-act from across the street.

In It’s Always Sunny, when Dennis and Mac tried making a dating profile for Charlie, but there was absolutely nothing redeeming about him.

In Parks and Rec, when everyone got drunk on Snake Juice and completely lost control of their own thoughts and bodies.

And on Saturday Night Live, literally any time Bill Hader tried to get through a single Stefon sketch without laughing…but failed miserably.

Did your favorite scene not make the list? Tell us in the comments below which TV moment you think is the funniest of all time!