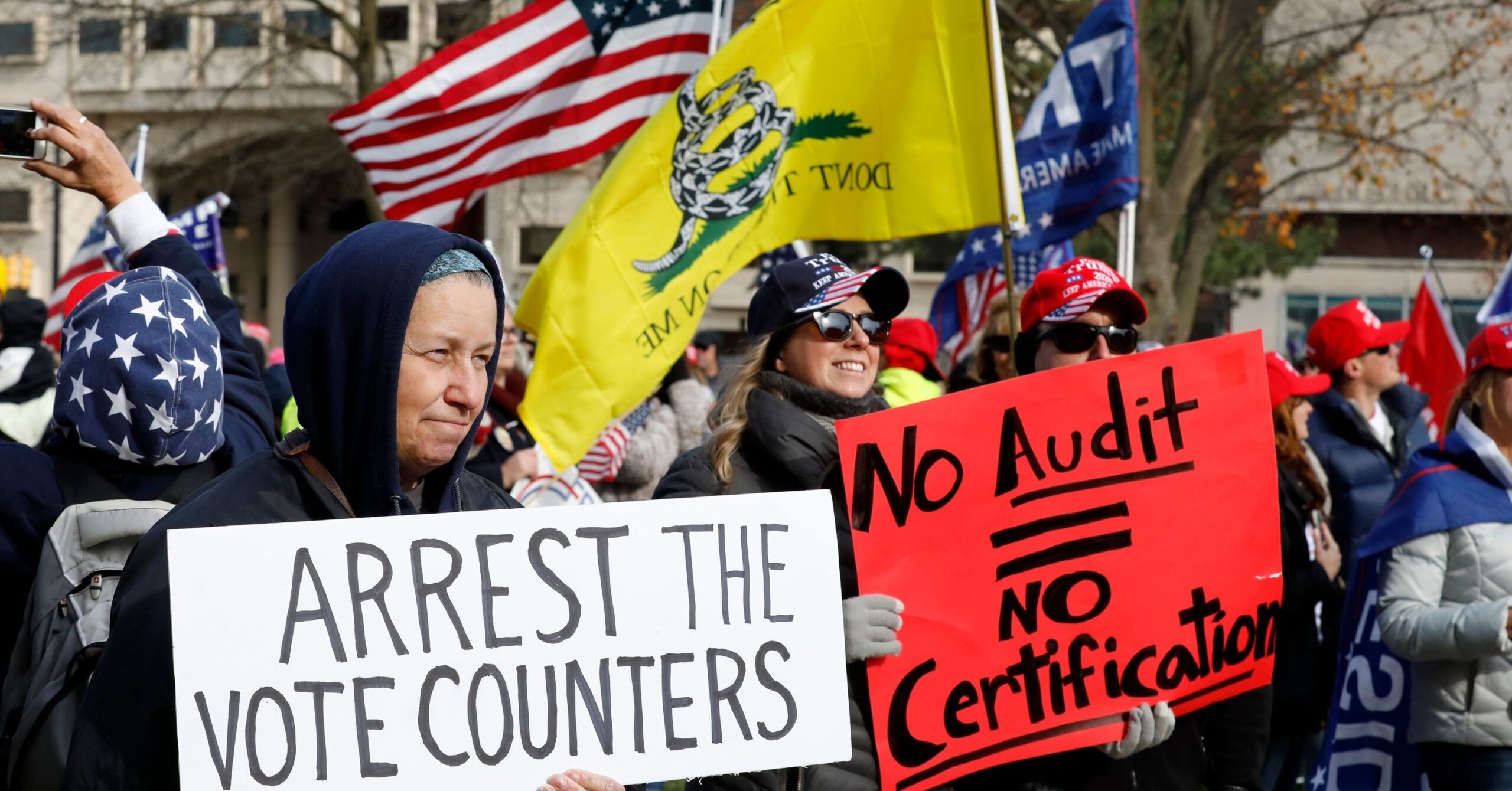 The Michigan Board of State Canvassers voted to certify the results of the general election with a 3-0 with one abstention, closing out President Donald Trump and the Republican Party’s desperate effort to delay the certification in a state that was won by President-elect Joe Biden.

The certification of the results allows the state to select electors who will vote in the Electoral College when it convenes on Dec. 14th.

Trump lost Michigan by nearly 150,000 votes to Biden but has worked to cast doubt on the results with a barrage of disproven conspiracy theories about widespread voter fraud. Those unfounded theories have riled up his base and pushed Republican officials to cast doubt on the election. Before the certification of the results on Monday, Norman D. Shinkle, one of the Republican members of the State Board of Canvassers, told the Washington Post he was hesitant to certify the vote and wanted an audit of the votes, citing conspiracy theories that have been floated in the weeks since Nov. 3rd. Throughout the first three-and-a-half hours of the meeting, Shinkle frequently questioned speakers about the circumstances of the vote counting, the state’s elections history, and the number of Republicans who were hired to work at polling locations in Wayne County. He was ultimately the only board member to not vote for certification.

On Monday, during the meeting of the Board of Canvassers to vote on the certification, both Jonathan Brater, the Michigan director of elections, and Heather Meingast, the state assistant attorney general, told the board that according to state election law, an audit of the results couldn’t occur until the results of the election had been certified. And they said that an audit of those results would not change the certification.

Michigan has been at the center of the Trump campaign’s national effort to delay certification in states he lost and to cast doubt on the electoral process. Trump lawyers and affiliated groups have filed lawsuits in multiple states that have alleged widespread voter fraud and election irregularities, focusing on many of the majority-Black counties that propelled Biden’s win. The Trump campaign has withdrawn many of the suits they’ve filed, and others have failed or not gained traction in the courts.

The Trump campaign’s effort to delay the certification in Michigan has focused on Wayne County, which contains Detroit, where nearly 80% of residents are Black. On Saturday, Republican National Committee chair Ronna McDaniel and Michigan Republican Party chair Laura Cox wrote to the Michigan Board of Canvassers urging its four members to delay the certification of the election results for 14 days and to issue a full audit of Wayne County’s general election results.

The letter from McDaniel and Cox came after Wayne County’s Board of Canvassers were briefly deadlocked last week on whether to certify the county’s election results. The two Republican members of the county’s Board of Canvassers initially refused to certify the results of the election citing conspiracy theories about voter fraud in Detroit and at one point suggested certifying the majority of the county’s results with the exception of Detroit.

The Republican members eventually voted to certify the results but attempted to rescind their votes in signed affidavits after receiving personal calls from Trump.

During a section of the meeting, Monica Palmer, the Republican chair of the Wayne County Board of Canvassers, told Shinkle that she did not realize that an audit of the county’s election results couldn’t occur if the State Board of Canvassers didn’t cerity the results and that she would not have voted to certify the results if she had known that during the time.

The Trump campaign has floated the idea of convincing members of the state board to vote against certifying election results in an attempt to allow the Republican-led state legislature to appoint Trump-aligned electors to the electoral college. Trump invited the Republican leaders of the Michigan state legislature to a meeting at the White House on Friday, but Senate Majority Leader Mike Shirkey and House Speaker Lee Chatfield released a statement directly afterwards affirming that they would “follow the law and follow the normal process regarding Michigan’s electors” and suggesting they were more concerned about the coronavirus pandemic.

Trump retweeted the leader’s statement on Saturday morning saying that it was “true” but that his campaign would show “massive and unprecedented fraud” in the state, something the leaders had said they’d seen no proof of.

Two other swing states Biden won, Pennsylvania and Nevada, are expected to certify Trump’s loss as early as Monday.