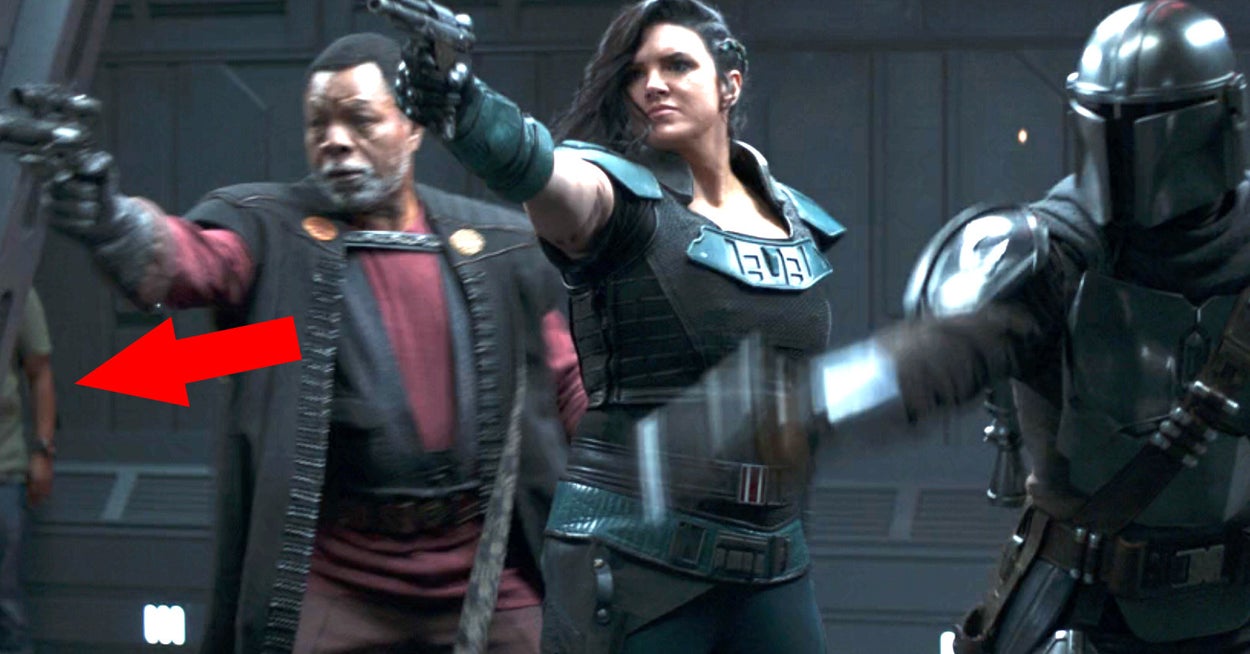 Hopefully you’ve been watching Season 2 of The Mandalorian. It’s been a lot of fun so far, and The Child aka “Baby Yoda” has eaten lots of cookies and eggs.

This past week’s episode (Season 2, Episode 4) was especially fun, as it featured the return of Cara Dune and Greef Karga, played by Gina Carano and Carl Weathers, respectively.

However, fans noticed another unexpected cameo in the episode…a film crew member who accidentally showed up in the background of a shot.

…But if you lighten it up, there they are!

Someone even designed this action figure box, which is brilliant:

And of course, people are making references to the Game of Thrones coffee cup.

One thing’s for certain: If anybody wants an easy cosplay for when we can finally go back to cons, Blue Jeans Guy is here for you.

You can check out the latest episode of The Mandalorian and see Jeans Guy for yourself on Disney+.