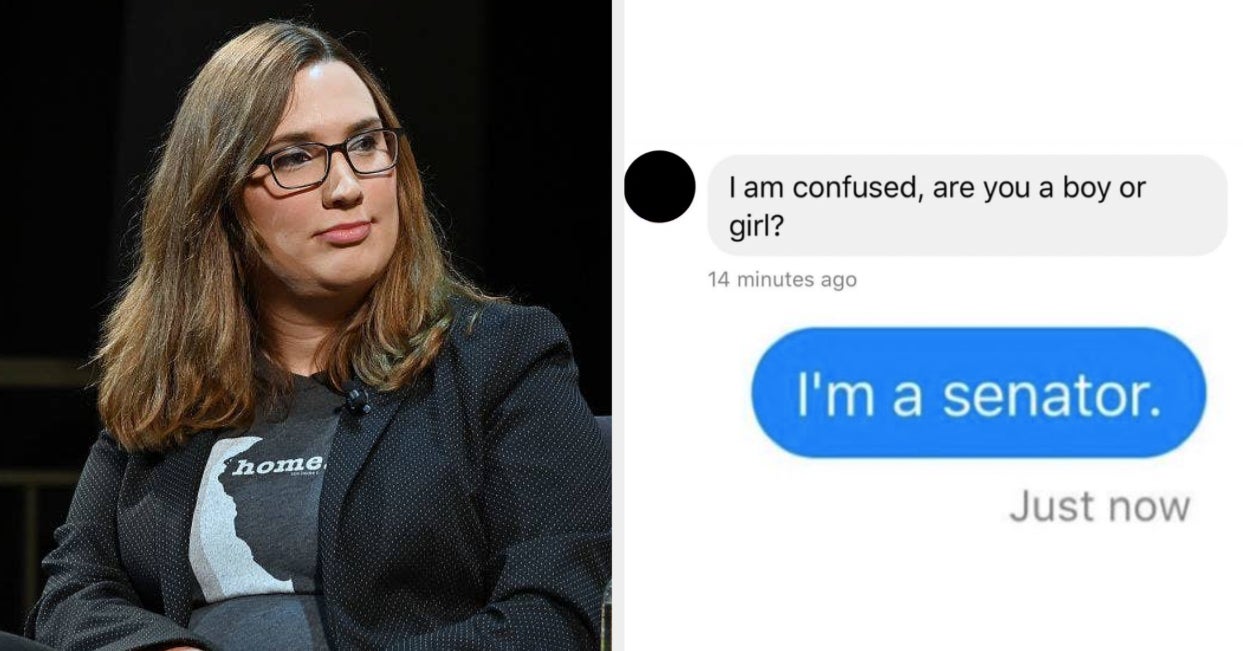 World, meet Sarah McBride. She won a state senate race in Delaware this year, and when she takes office, she will become America’s first openly trans state senator.

In her victory speech on election night, McBride acknowledged the historic nature of her win.

“I think tonight’s results demonstrate what I’ve known my entire life, which is that the residents of this district are fair-minded, and they’re looking at candidates’ ideas and not their identity,” she said, adding: “It is my hope that a young LGBTQ kid here in Delaware or really anywhere in this country can look at the results and know that our democracy is big enough for them, too.”

Well, an anti-trans troll recently tried to come for Sarah McBride in her DMs — and the politician’s A+ comeback is now being celebrated on Twitter.

“I am confused. Are you a boy or a girl?” the anonymous person wrote to McBride, in an apparent attempt to mock her.

But Sarah kept her response short and to-the-point…

McBride posted a screenshot of the exchange on Twitter, along with the caption: “Hope that clears things up.” Her succinct takedown is now going massively viral on the platform, garnering nearly half a million likes in less than 24 hours.

People are absolutely living for McBride’s handling of the situation.

That troll really thought they did something there!