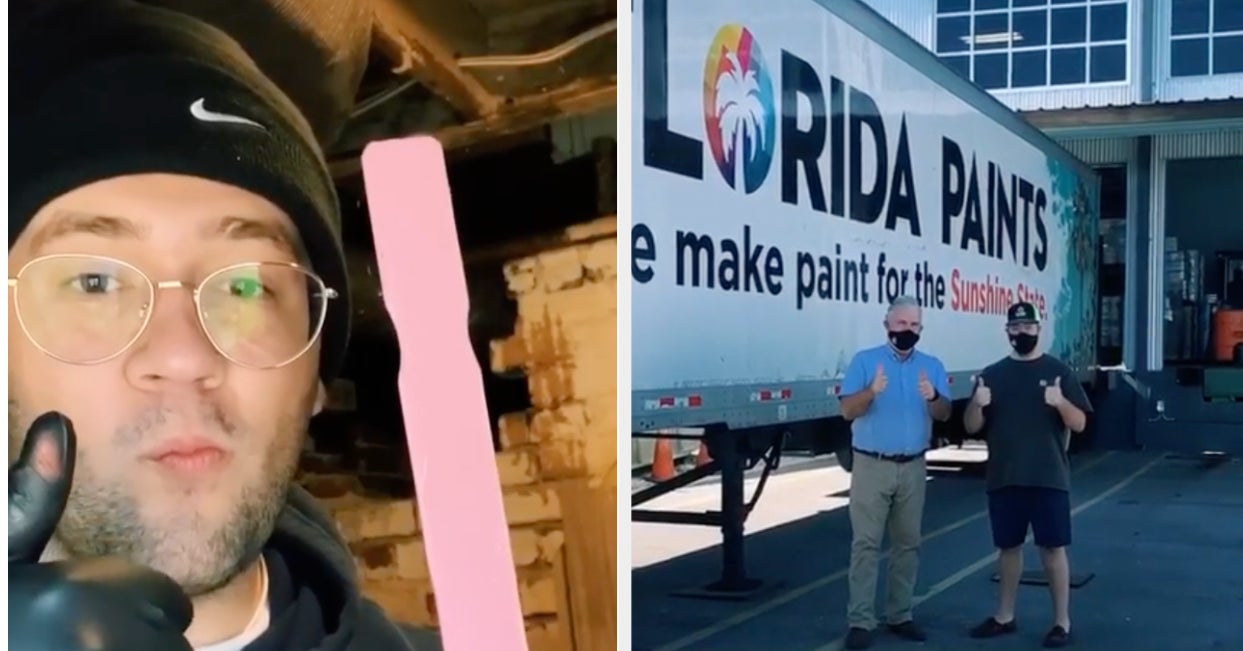 Piloseno received job offers from almost all the “major paint companies … Benjamin Moore, Behr, all those guys,” he told BuzzFeed News, after his story went viral.

While he was focused on building his @tonesterpaints account, his day-one passion has always been mixing paints in-house. At Florida Paints, he’ll be once again working as a sales associate in their physical store.

“I talked to a bunch of people from a bunch of companies, but Don Strube, the co-owner of Florida Paints, he really connected with me when he called me and talked about his passion for paint,” said Piloseno. “I found that very special.”

Strube is also aware of and encourages Piloseno to continue to “express his [creativity] on social media.”

“I really want to work in the paint industry along with social media itself, while still making content,” Piloseno said.

He’s also arranged with administration at Ohio University to finish his degree online while he starts work at Florida Paint next month.

Piloseno plans on using funds from his GoFundMe (a total of $2,365) that he was originally going to spend on more paint supplies toward his big move to Orlando.

Due to the latest surge of COVID-19 cases, Piloseno said he’ll be getting tested before he starts his new job, and he’ll “be wearing a mask regularly in the store.”

“I just want to say I really do appreciate all the fans and my audience for having my back — for seeing my side of things,” he added.