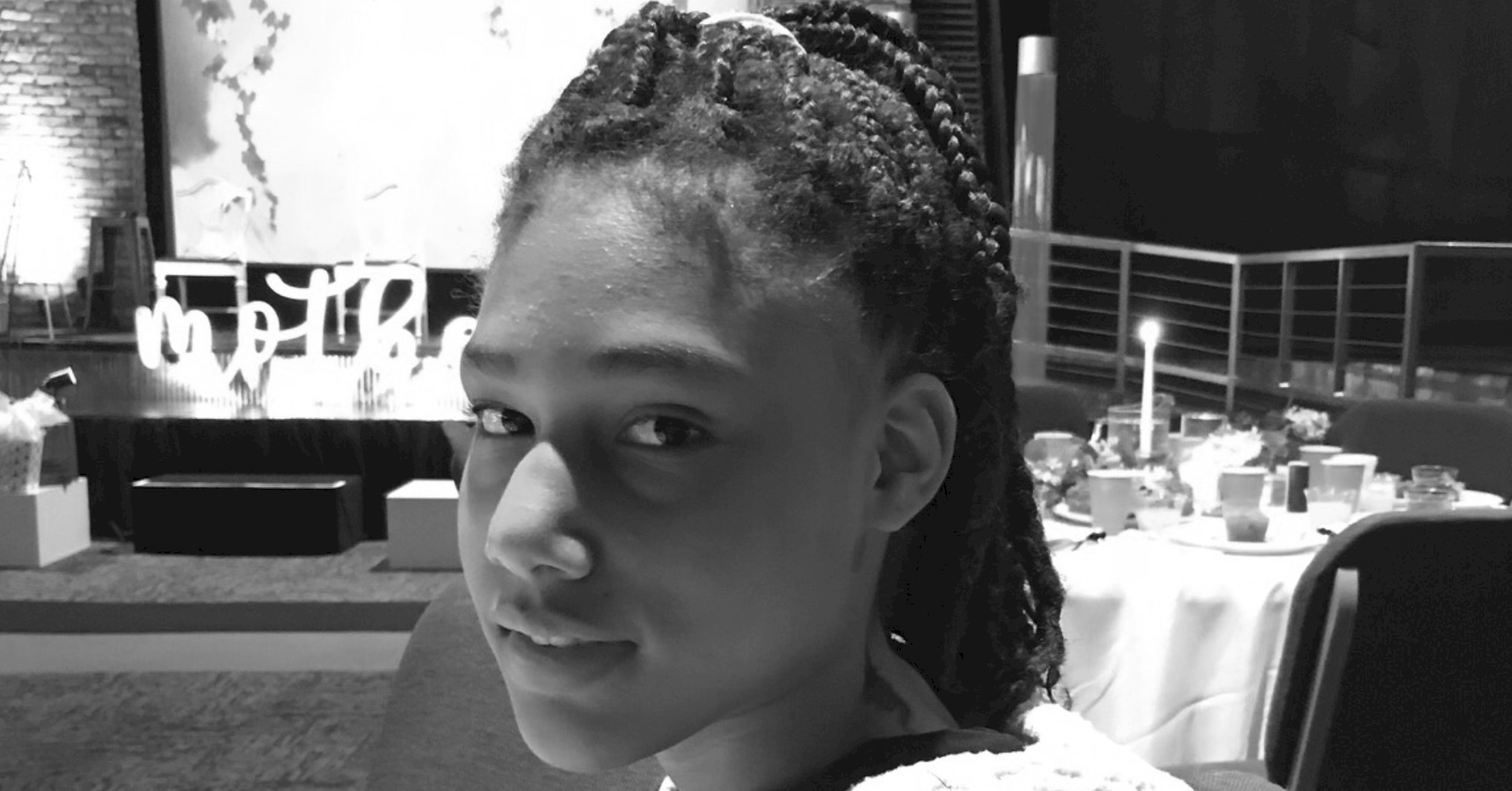 
The journalists at BuzzFeed News are proud to bring you trustworthy and relevant reporting about the coronavirus. To help keep this news free, become a member and sign up for our newsletter, Incoming.

Honestie Hodges quietly complied when a police officer told her to put her hands above her head, turn around, and walk backward toward him.

The then-11-year-old Black girl, along with her mother and aunt, was being held at gunpoint outside her home by officers from the Grand Rapids Police Department in Michigan who were looking for a 40-year-old stabbing suspect in December 2017.

But as they began handcuffing her, the young girl cried and pleaded with them. “No, no, no!” she wailed, as her mother, Whitney Hodges, shouted that her daughter was only 11 years old.

Honestie was handcuffed for a few minutes, patted down for weapons, and held in the police cruiser for 10 minutes before being released, Time reported. Police officers later found the suspect at another house.

The incident, captured on body camera video, prompted outrage in Michigan and forced the police department to implement changes in the way it interacted with youth. They dubbed it the “Honestie Policy.”

On Nov. 22, Honestie died of COVID-19, more than two weeks after being hospitalized on her birthday, her family said on a fundraising page.

“It is with an extremely heavy heart that I have to tell all of you that my beautiful, sassy, smart loving Granddaughter has gone home to be with Jesus,” her grandmother, Alisa Niemeyer, wrote in a GoFundMe post.

Honestie was taken to the Helen DeVos Children’s Hospital on Nov. 9 where she tested positive for COVID-19 and was sent home, Niemeyer wrote. Later that evening, she was rushed back to the hospital and moved to the ICU after her condition worsened.

In subsequent days, the teen was put on a ventilator and was given iron and blood transfusions, her grandmother wrote in updates on the family’s fundraising page.

“She is not doing well at all please, please, please pray like you’ve never prayed before!!!” Niemeyer wrote in a post last week. “The Dr’s are telling us that they don’t know if she’s going to make it or not.”

Four days later, her family said that Honestie had succumbed to the deadly virus, which has killed more than 260,000 Americans.

A Spectrum Health spokesperson for the hospital declined to comment, citing patient privacy laws. Niemeyer and other family members did not respond to a request for comment.

“She was one of a kind and I am honored that I was chosen to be her mother,” Whitney Hodges wrote in a Facebook post. “Thank you for 14 of the best years of my life poohty I love you ma.”

Niemeyer told News 8 that her granddaughter had been “happy” and “healthy” and had no underlying health problems.

“She could have been the vice president one day or maybe the president,” Niemeyer told the station. “The world was open to her.”

After Honestie was admitted to the hospital, her family thought she was going to get better and that they would have a birthday party for her.

But, as Niemeyer told News 8, “it just went down from there, like incredibly quickly.”

Around 60 people attended a candlelight vigil for the teen on Monday, MLive.com reported. On Facebook, Whitney Hodges urged everyone to wear a mask while attending the vigil.

In one video posted online, a group of Honestie’s family and friends released purple balloons into the sky. “Love you, pretty,” a voice is heard saying as the balloons float away.

“The GRPD sent its condolences to the family, saddened by the abrupt passing of someone with so much life left to live,” a police spokesperson told BuzzFeed News in a statement Wednesday.

Nearly three years ago, on Dec. 6, 2017, Honestie had just left her house from the back door to go to the store with her mother and an aunt when police officers arrived.

Body camera video of the incident showed Honestie with her hands up in the air slowly walking towards the officers as one of them said, “Put your hands on top… hold on, hold on.”

Honestie stopped as the officer ordered her to turn around and walk backwards.

Her mother can be heard shouting, “She’s 11 years old, sir… that’s my child.” The officer is heard telling Whitney Hodges to “stop yelling.”

As the officers handcuffed her, Honestie began crying and repeatedly shouted “no” while another officer told her, “you’re fine” and that “you’re not going to jail.”

The officers had reportedly been searching for Honestie’s other aunt, Carrie Manning, who was suspected of stabbing a relative. She was later found at another house and was arrested. The police said at the time that they detained Honestie, her mother and her aunt because they had not yet determined if they were suspects.

After the incident, Honestie told News 8 that she was scared and that “it made me feel like I did something wrong.”

“I didn’t know what was going on,” she told WXMI at the time. “I didn’t do anything wrong, I’ve never got in trouble by the Grand Rapids Police. I used to want to be a Grand Rapids police officer, but ever since that happened, I want nothing to do with them.”

“Listening to the 11-year-old’s response makes my stomach turn,” he said at a press conference at the time. “It makes me physically nauseous.”

However, none of the officers involved in the incident were disciplined after an internal investigation found that they had not violated department policy.

Honestie had questioned the police department’s treatment of her.

“I have a question for the Grand Rapids police: If this happened to a white child, if her mother was screaming, ‘She’s 11,’ would you have handcuffed her and put her in the back of a police car?” she told MLive.com.

In 2018, the department adopted a Youth Interaction Policy that was dubbed the “Honestie Policy” guiding police officers to consider “the most reasonable and least restrictive” options while interacting with juveniles. The policy stated that officers should consider the youth’s age when determining whether to handcuff them and that they should realize “a 7-year-old is not a 13-year-old and neither is an adult.”

In a Facebook post, Niemeyer shared a TikTok video made by Honestie’s younger brother that showed his sister in the hospital.

Niemeyer wrote that she was sharing the video “to give everyone who sees it a clear understanding of just how real and devastating” the coronavirus was.

The Helen DeVos Children’s hospital told News 8 on Saturday that a child had from a multi-system inflammatory syndrome that affects children diagnosed with COVID-19. The hospital did not identify the child or provide any details about the age or time of death, but added that they were seeing more cases of the syndrome linked to the coronavirus.

“We’ve got to take this seriously,” Niemeyer told News 8. “I know there are people out there that just don’t want to take it seriously and they don’t want the government telling them what they can and can’t do. I do understand that, but at the end of the day this is real, real thing.”