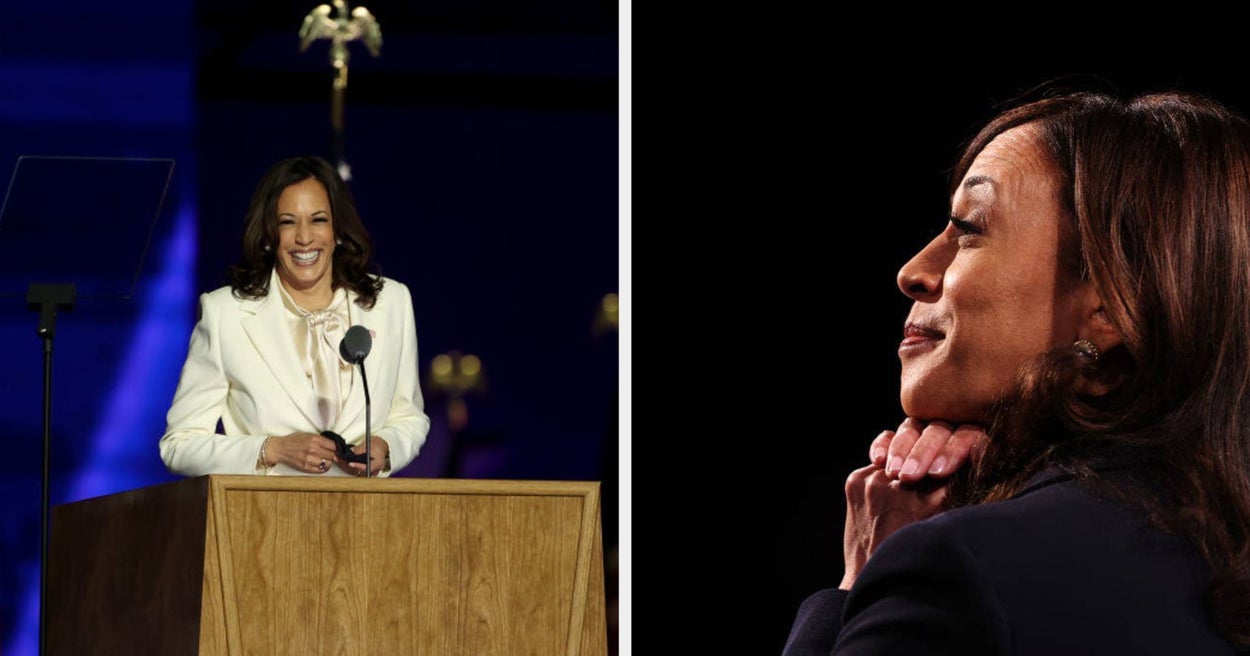 She was the first person of color elected to be the District Attorney of San Francisco.

Her mother was a doctor whose work advanced breast cancer research.

Harris is the first HBCU grad to be elected Vice President.

She was born in Oakland, CA on October 20, 1964, making her the first person born after the 1950s to be elected Vice President.

She is only the second Black woman to be an American senator.

Harris, when she was California Attorney General-elect, refused to defend California’s Proposition 8, which banned same-sex marriages in the state.

She also officiated the wedding of the couple who filed to overturn Prop 8.

Harris stated that during the rollout of President Trump’s 2017 travel ban, colloquially referred to as the “Muslim ban,” she was so frustrated by the lack of information that she called then Secretary of Homeland Security John Kelly at his home.

She served on the board of the San Francisco Museum of Modern Art.

As Senator, she sponsored a bill that would have made lynching a hate crime.

She was both the first Black person and the first woman to be Attorney General of California.

In high school, Harris’s friend told her she was being molested by her step-father. Harris told her mother, and her friend proceeded to live with them.

She is the first Asian American person to be elected Vice President.

She was president of her law school’s chapter of the Black Law Students Association.

In 2013, she was one of Time’s 100 Most Influential People. Nancy Pelosi wrote the article.

Harris and her husband, Doug Emhoff, will be the first Presidential or Vice Presidential couple with a Jewish spouse.

She was a member of the Alpha Kappa Alpha sorority.

She is the first Black person to be elected Vice President.

With Alaska’s Senator Murkowski, Harris introduced a bill that would ban companies from including sexual harassment in nondisclosure contracts with their employees.

She was the first South Asian American Senator in history.

When Harris was California Attorney General, she created an LGBTQ hate crimes unit.

She is the first woman to be elected Vice President of the United States.

And, as of January 2021, Harris will be the highest ranking woman in American political history.