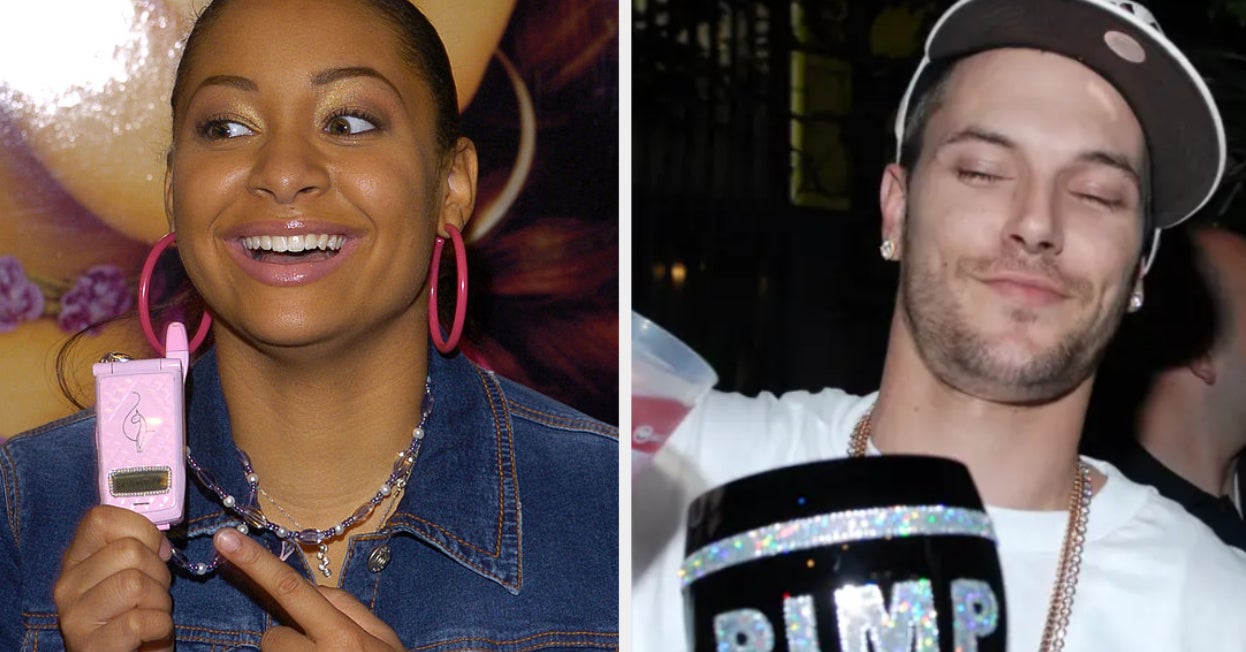 Nick Lachey and Jessica Simpson on the red carpet of a Teen People party:

And a Shrek game for Xbox:

Smash Mouth hanging out with Shrek:

People checking out iPods at the Apple Store:

And a bunch of people posing with their iPods:

A Facebook status about downloading Dane Cook on LimeWire:

And this Facebook post of some dude telling someone he’ll call them back when he has free minutes:

Tina Fey as Sarah Palin and Will Ferrell as President George W. Bush doing a skit on SNL:

Ashton Kutcher wearing a “Jesus is my Homeboy” T-shirt with a coordinating trucker hat:

This photo of K-Fed holding his pimp cup:

The cast of ER talking about Papa Roach:

Paris Hilton doing an in-store for her book, Confessions of an Heiress, at a Borders:

Kim Kardashian texting on a bedazzled Sidekick while Paris Hilton texts on a BlackBerry:

A text message clearly sent in T9 asking the other person to go on AIM:

Britney Spears looking down at a shoddily modeled 3D PS2 version of herself:

Blu Cantrell at the premiere party for Bad Boys II, which was sponsored by Sprite Remix:

Dream posing with Destiny’s Child while promoting their tour on TRL:

B2K backstage at the BET Awards while decked head-to-toe in Von Dutch:

Anne Hathaway and Joey Fatone posing together at the Season 5 premiere party for Sex and the City:

This photo of an ad for Motorola’s Moto Rokr, which touted that it came with iTunes:

An arm full of charity bracelets:

This tiny TV set (that probably still weighed 50 pounds) that someone was playing Grand Theft Auto: San Andreas on:

J.Lo on TRL while wearing a sleeveless Juicy Couture tracksuit with heels:

And finally, Raven-Symoné showing off her Baby Phat phone while doing an in-store at the Virgin Megastore for the That’s So Raven soundtrack: