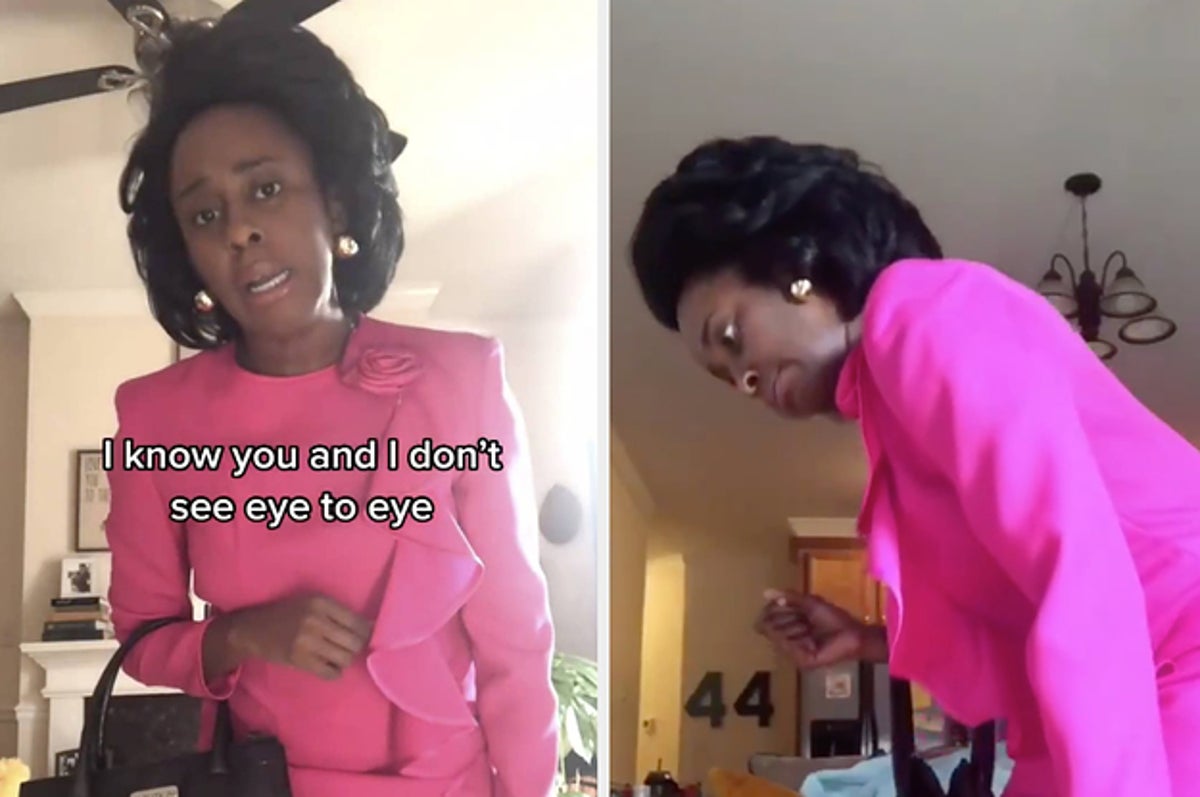 The latest season of the Netflix series The Crown has been significantly popular with the introduction of new characters, including the late Princess Diana, and Britain’s first female prime minister Margaret Thatcher, played by Gillian Anderson.

A polarizing figure in British politics, Thatcher is the inspiration for a now-viral sketch created by Lisa Beasley, a comedian from Chicago.

The 34-year-old told BuzzFeed News: “I wanted to have fun, I watched The Crown before I went to bed and I just couldn’t get over Gillian Anderson’s portrayal. I woke up making myself laugh by mimicking her portrayal before I even got out of bed. It was when I remembered that I have a few costumes from past bits I’ve done and all I needed was the wig.”

Following a trip to a local beauty supply store, Beasley completed her look as she continued to perfect her performance of Britain’s Iron Lady by practicing on friends. Then she decided to put together her first sketch for her followers.

In her video, which has now been viewed more than 1.8 million times on Twitter, Beasley slowly curtseys for “the queen” for what feels like an eternity as the camera pans to a Vogue cover of Beyoncé, with the magazine tucked into a pair of Adidas sweatpants.

“Your subjects do not understand that of your leisurewear, your Majesty. Is it for working out or going out?” questions Beasley.

“Originally it was just for myself and my smaller following at the time,” Beasley said. “My IG following started to really enjoy it. It wasn’t until my friend Melissa Kimble, founder of #blkcreatives, texted me to post it to Twitter, that’s when it shot up in views.”

“Pulling out is a sign of weakness,” Beasley continues. “One must not run away from the responsibility of family.”

People online have been really impressed by her portrayal of Thatcher.

If you haven’t seen The Crown, you’re definitely missing out and can’t fully appreciate the details and excellent characterization.

To put together her performance, the comedian said the secret was to be “unmovable in your stances.”

As a fan of The Crown herself, Beasley shared that she had been “looking forward” to its return and was not disappointed with what the latest season had to offer.

“I loved it. I’d been looking forward to the new season for months. The royals have been such a staple in American pop culture, so it feels fun to stan with the rest of the country,” she said. “It’s also a phenomenal way to escape this reality that is 2020. I was very excited to see the introduction of new characters this season.”

Like many comedians, Beasley has been unable to perform for a live audience during the global pandemic.

“This pandemic has taken me and so many of my friends off stage. I’ve missed performing and putting on a show. I’ve missed acting and being silly for an audience,” said Beasley.

“Got to at least give the people my take on Margaret’s trip to Balmoral,” she added about Thatcher’s visit to the Royal Family’s residence in Scotland.

Along with a collective of her peers from her city, the comedian has taken to platforms like Twitch to share her talent, and she intends to expand on her Thatcher performance there too.

She said: “Some of my favorite Chicago performers and I have started Twitch. I go live a lot and I’m working on bringing The Margaret Thatcher Report to our channel. People can use their Amazon prime account to follow our channel.”

Along with taking her comedic talents online, Beasley is also excited to be working on creating content with the Chicago-based collective #blkcreatives.

“In America, we’re just all so tired. The pandemic, the much needed uprisings, the election, the pandemic surging again, the election – we are tired,” she shared.

But to Beasley, the positive internet response to her sketches has given the comedian “a remarkable feeling” in an emotional year.