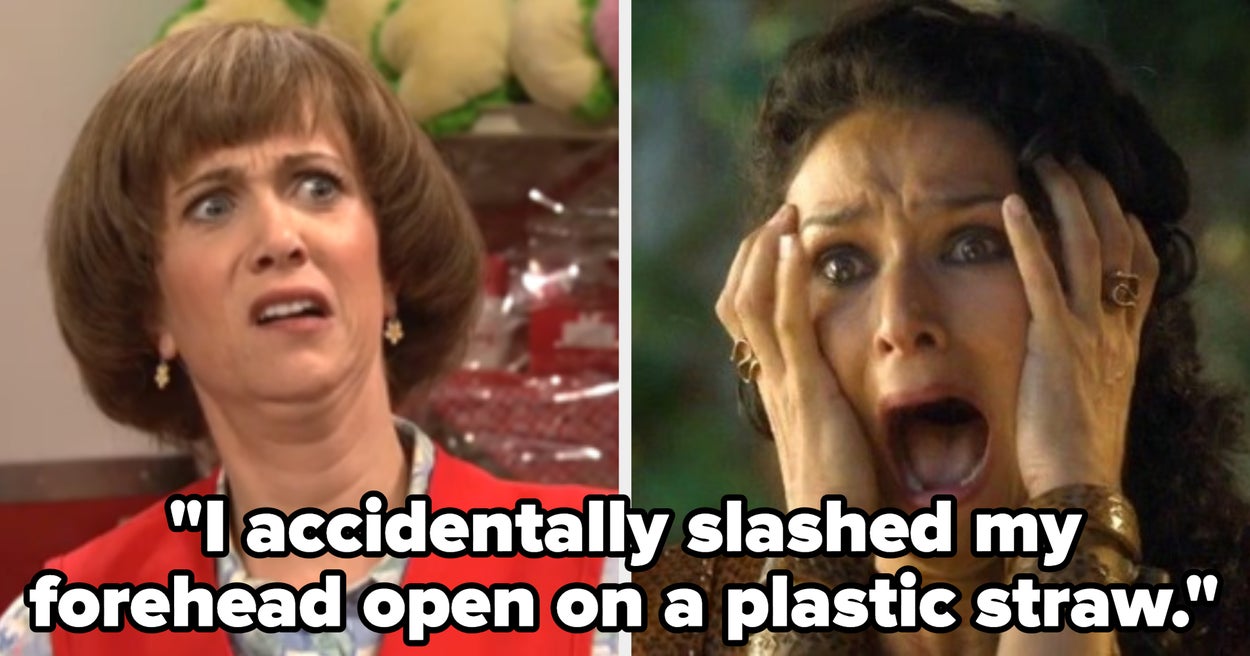 We recently asked members of the BuzzFeed Community to share their funniest injury stories. A lot of you shared hilarious stories, but some of you shared tales that started out funny before taking a nasty turn.

But we like to share and know that some of you want to read them, so here they are!

WARNING: Seriously, these stories feature pretty graphic descriptions of accidental bodily harm. If you’re sensitive to that kind of thing, turn around now, I mean it!

“My friend’s sister tried to tickle me, so I stepped backwards, tripping and falling into an open dishwasher. There was a butcher knife in the silverware tray, pointed up. It went about 6 inches into my butt and had to be surgically removed.”

“I once tried to cut a watermelon…with a steak knife. The knife slipped and I cut off the tip of my finger. It was also on April Fool’s Day, so when my mum called my dad to let him know we were on our way to the emergency room, he didn’t believe her.”

“I work in a bakery and once almost dropped my oven mitts. In an attempt to catch them with both hands, I managed to bend a nail, partially ripping the skin underneath, and punched myself in the balls — and EVERYBODY saw me do it.”

“When I was about 6 or 7, we were decorating the Christmas tree and my mother stepped on a loose ornament cap. The hooks went into her heel and spread out so no matter how hard we tried we couldn’t remove it. She had to go to the emergency room and the doctors ended up having to cut a larger incision to get it out of her foot.”

“When I was 6 or 7, I thought I’d try and be helpful by putting the dirty dishes in the sink. Anywho, I was a short child, shorter than the kitchen counter. I was happily grabbing cups and putting them in the sink, when I grabbed the kettle instead and poured scalding hot water all over myself. I had my hand bandaged up for about six months.”

“I was once shaving my legs in the shower, standing one leg with the other leg propped on the edge of the tub. I still don’t understand exactly how I did this, but I somehow slipped, and as I went to regain my balance the VERY sharp razor blade slashed my nipple. Very painful, very bloody freak accident.”

“I was about 14 and making cakes with an electric whisk when I suddenly thought, ‘I wonder if I can switch this on whilst holding the blades still! A test of hand strength vs. appliance strength!’ I switched it on and all was well, so I turned up the power. I instantly realized what a bad idea this was as the blades drew my thumb in at full speed, and took most of the skin off the front. It was incredibly painful and I still have the scars. Also, my dad was really angry because I broke his whisk!”

And The Unfortunate Foot Fracturer

Phew. Congratulations for getting through that.

Entries have been edited for length or clarity.