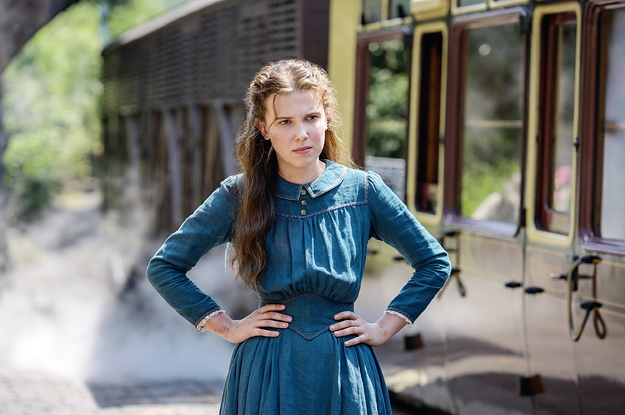 Millie Bobby Brown was more visible than ever in 2020. Enola Holmes was one of the biggest hits of the year on Netflix after it premiered earlier this year.

But fame has its drawbacks, especially when people refuse to recognize your personal space — a fact that Brown reminded her fans of in an emotional Instagram Story post, as E! points out.

Brown recounted a recent Christmas shopping trip with her mother, in which she was recognized by a fan: “She said, ‘Can I take a video of you?’ I said, ‘Um, no.’ But why would anyone want to be taken a video of? Of me? It’s not like of the both of us.”

“I was paying and she walked past me and began to video me again. And I said, ‘I’m a human being. Like, what more can I ask from you?'”

Through tears, Brown recalled the fan’s rude reaction: “She said ‘So I can’t take a video of a human being?’ And I said, ‘No, not when I said no.’ It just makes me upset when people try to push the boundary, and I just wish people were more respectful.”

Brown later returned to Instagram to clarify that she was feeling better about the situation, but the Stranger Things‘ writer’s room seemingly offered some kind words of support for their star on Twitter.

What happened to Brown sounds horrible, and it serves as a lesson to anyone who spots a star in public: Remember, they’re a person too. Don’t be a jerk, and maybe just give them space and let them do their thing!