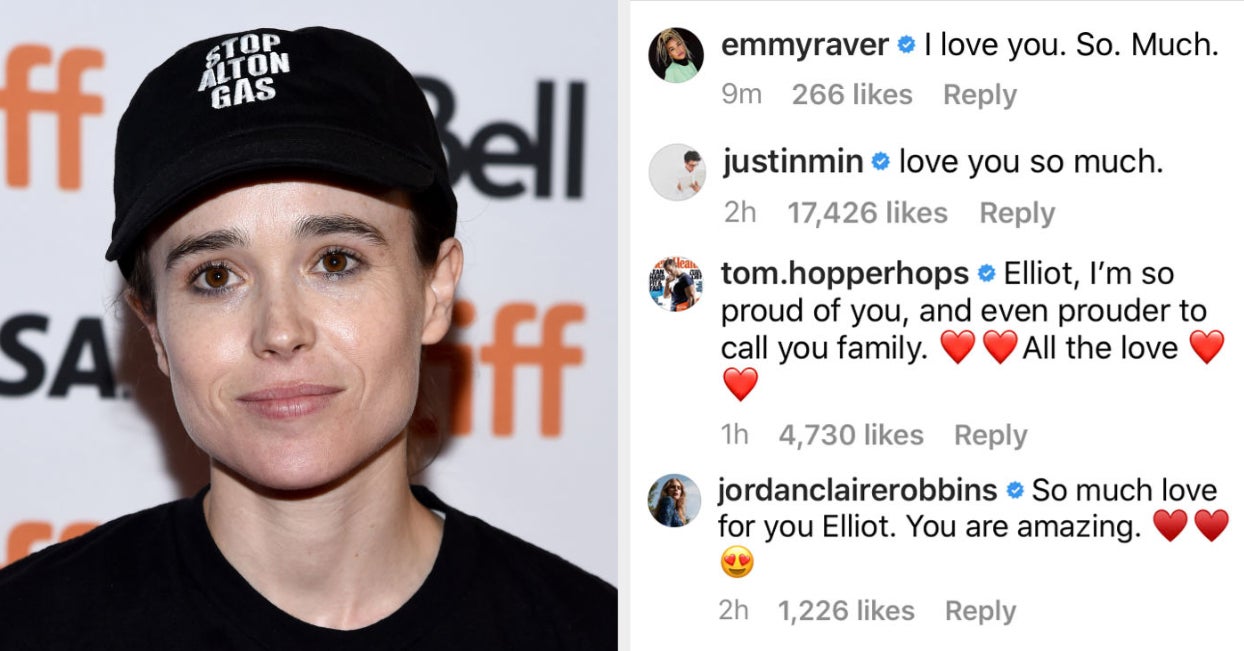 Today, Elliot Page — the star of hits like Juno, Inception, and X-Men — posted a statement on social media in which he announced that he is trans. His name is Elliot, and his pronouns are he/they.

Since posting his message on Instagram and Twitter, Elliot has received an outpouring of support from the cast and creative team of his hit Netflix show, The Umbrella Academy.

Elliot’s co-star, Tom Hopper, said he was “proud” of Elliot, and called him “family”:

Justin H. Min sent his love — and on Twitter, he wrote “Welcome to the fam, Elliot”:

Showrunner Steve Blackman showed his support for his series’ star:

Emmy Raver-Lampman wrote that she loved Elliot “so much”:

Marin Ireland, who plays Sissy on the show, told Elliot she loves him:

And so did Eden Cupid, who plays young Allison:

And the official Umbrella Academy account, as well as Netflix itself, wrote on Twitter that they were “so proud of our superhero,” and that they “can’t wait to see [him] return in season 3”:

We love a supportive cast and crew!!!

You can read Elliot’s full coming out statement below: