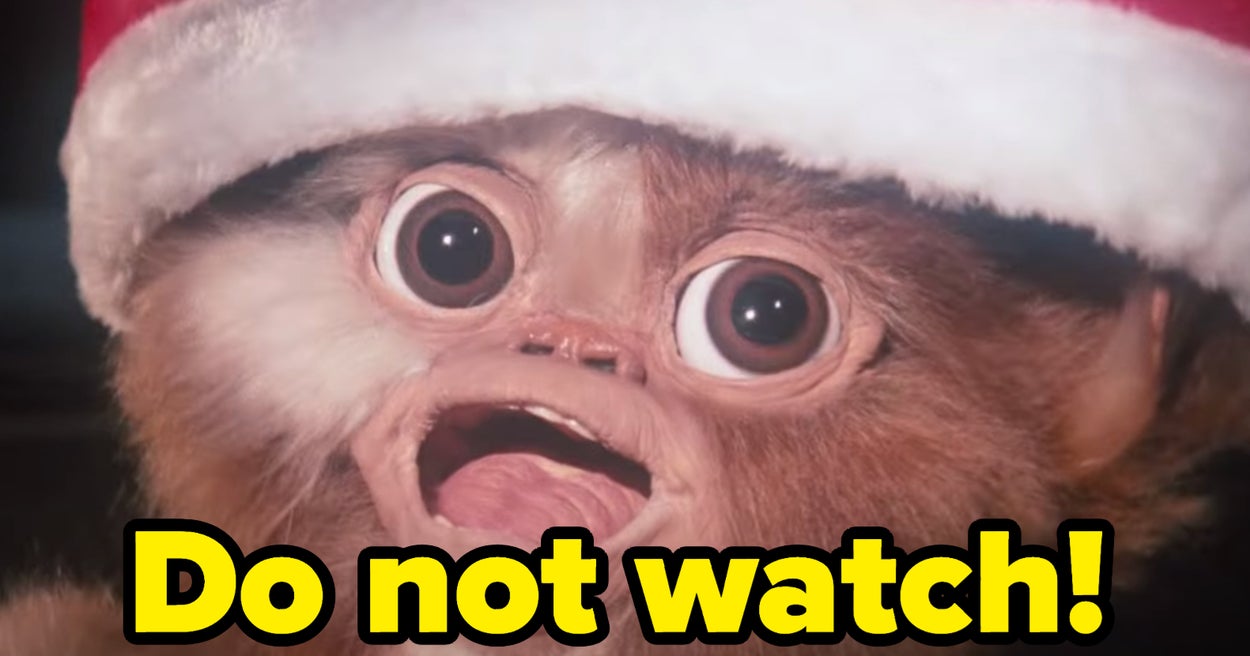 If Gremlins isn’t quite regarded as a Christmas classic, it’s definitely a Christmas movie that pops up on lists of the best Christmas movies — and one that people often recommend parents show their kids this time of year.

Well, I am here today to tell you NOT to show this movie to your kids. Gremlins — despite the Christmas setting, Santa hats, and cute Gizmo creature — is probably the worst Christmas movie you could possibly show your kids.

Now you’re probably thinking, Here we go. This dude is going to complain about all the violence, blah, blah, blah.

My problem is with a scene that happens midway through the film, a scene that makes me want to travel back in time and smack every adult who was working at Warner Bros. circa 1984 and scream:

Now, before we proceed, for you to truly understand how messed up this scene is, you need to know that Gremlins was rated PG and largely targeted at children.

OK, enough preamble. The scene I’m talking about is where Kate (played by Phoebe Cates) reveals to Billy why she hates Christmas.

She says that when she was 9 years old, she and her mom were waiting for her dad to come home on Christmas Eve, but he never did. They waited and waited…but no dad.

Christmas day came, but still…no dad. Days passed. Still, no dad. The police started searching, but again…no dad. Little Kate and her mom were beyond worried. But things were about to get worse. Because after five days, Kate went to light the fireplace and smelled something bad.

She assumed it was a dead bird, but when the firemen came they discovered her dad’s dead body stuck inside the fireplace. It turns out he’d dressed up as Santa Claus and tried to climb down the chimney with presents to thrill little Kate, but slipped and broke his neck.

And then, after ALL OF THAT, after making kids sit through two full minutes of this incredibly fucked-up tale, Kate finished her speech by saying:

Really?! After all of that, they had to tell kids there was NO SANTA CLAUS? Like, really? REALLY?!

All I can say is those mofos should thank their lucky stars there was no internet in 1984, because if there was…whoa nelly, people would not have stood for it.

Anyway, folks, please let this be a public service announcement. If anyone suggests you show this movie to any Santa-believing kids (or really, any kids), do NOT do it!

And if you’re curious and want to see this “what were they thinking?!” scene, well, here it is: