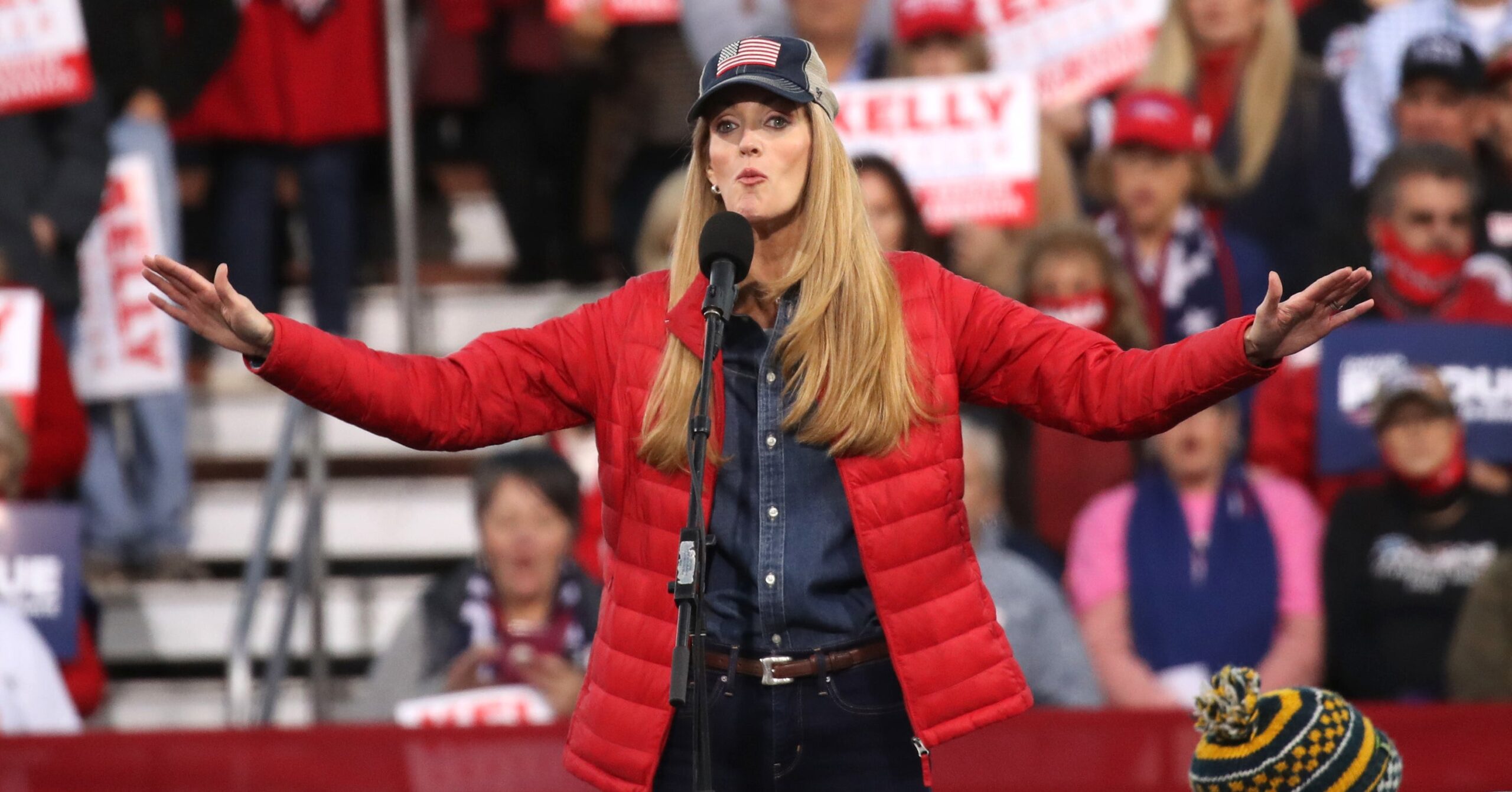 Sen. Kelly Loeffler avoided multiple questions about whether she acknowledged President-elect Joe Biden’s win over President Donald Trump in the general election and continued to push conspiracy theories about the state’s voting systems during a Sunday night debate against her Democratic opponent Rev. Raphael Warnock.

Throughout the debate, when she was pressed by both moderators and Warnock to answer whether she thought the election was “rigged” and whether the president had lost, she repeatedly claimed that there were “250 investigations” open in the state and claimed that there were “thousands” of ballots that hadn’t been counted in counties across Georgia. She never said whether she believed Trump had lost.

In the first question of the debate, moderator Greg Bluestein asked Loeffler if she stood by Trump’s “narrative that the election was rigged.” Loeffler did not directly answer, saying instead that Trump has “every right to every legal recourse.” Later, she was asked by Warnock to answer yes or no if Trump had lost the election. She said Trump has “every right to use every legal recourse available,” without responding directly. Later, another moderator asked her if her answer to a separate question about the importance of Republicans keeping Senate control presumed a Trump loss — she again did not directly answer.

Warnock, for his part, dodged some questions as well: he twice avoided directly answering whether or not he supports adding more justices to the Supreme Court, just saying he was not “focused” on the issue.

Loeffler has spent the weeks since the presidential election echoing Trump’s conspiracy theories about the election results and Dominion Voting Systems, demanding recounts of the results, and calling on Georgia Secretary of State Brian Raffensperger to resign after claiming the Republican had not conducted a “honest and transparent elections.”

Both Loeffler and Sen. David Perdue, who is running against Democrat Jon Ossoff in another Georgia runoff that combined will decide which party controls the Senate, have echoed Trump’s attacks on Republican officials in the state who are in charge of its election systems. Perdue declined to debate Ossoff, leaving Ossoff speaking Sunday night next to an empty podium.

While many of the attacks have focused on Raffensperger, Trump has recently taken aim at Gov. Brian Kemp, who he campaigned for in 2018, after calling on him to help overturn the results of the election.

Last Sunday, during a phone interview with Fox Business, Trump said that he was “ashamed” to have endorsed Kemp and during a rally for Loeffler and Perdue on Saturday night, Trump suggested that another Republican primary Kemp.

Raffensperger and Kemp have pushed back on Trump and Loeffler’s claims and have urged Republicans to stop pushing conspiracy theories that have triggered threats against election system workers and officials.

“There are those who are exploiting the emotions of many Trump supporters with fantastic claims, half truths and misinformation,” Raffensperger said during a press conference last week.

Last week after Gabriel Sterling, Georgia’s voting systems implementation manager warned that “someone is going to get killed’, Loeffler condemned violence and added that she also condemned “inaction and lack of accountability in our election system process—and won’t apologize for calling it out.”

There have been no substantiated claims of widespread voter fraud in Georgia and the state has already conducted two statewide recounts of the general election ballots.