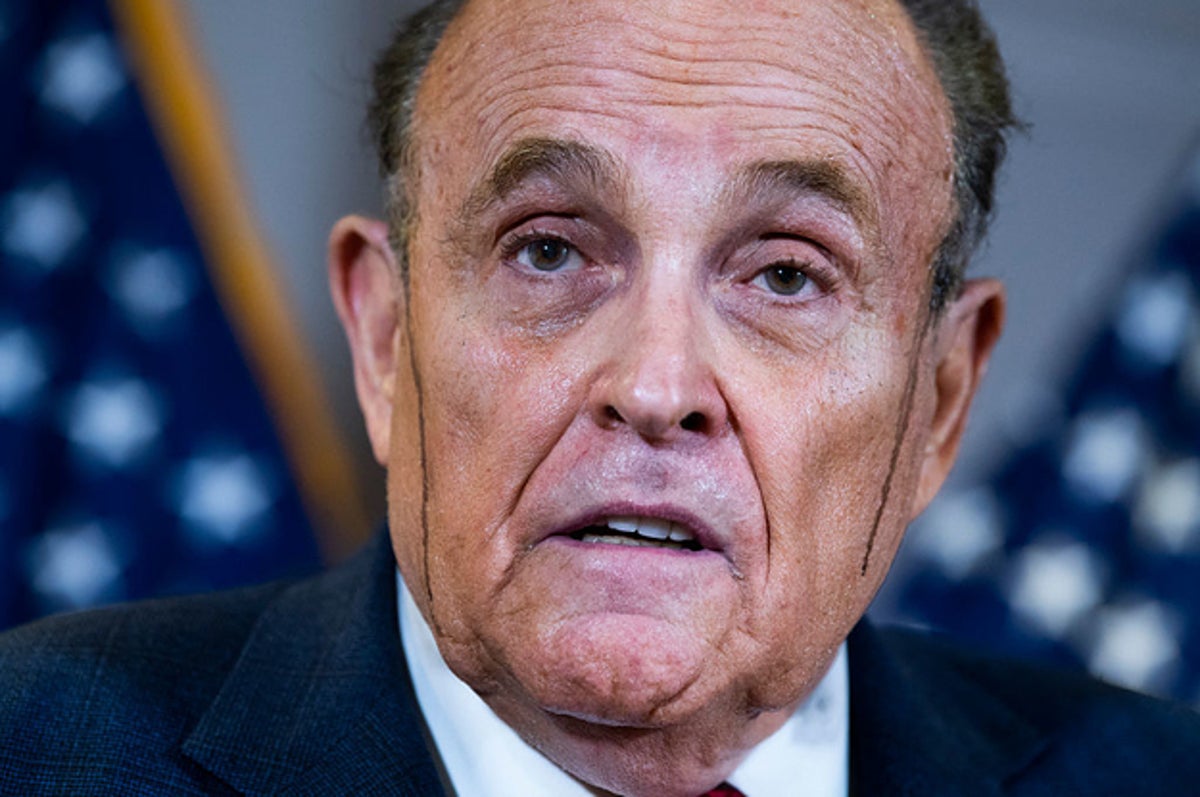 Rudy Giuliani, who for weeks has been engaged in baseless and conspiracy-filled efforts to undermine the election results on behalf of President Trump, has the coronavirus, according to Trump.

In a tweet Sunday, Trump announced that Giuliani tested positive for COVID-19. He did not provide details on when his personal attorney tested positive or whether he has been showing any symptoms.

Giuliani did not immediately respond to requests for comment.

He has made several recent media and public appearances in battleground states as part of Trump’s futile and chaotic legal efforts to overturn President-elect Joe Biden’s win.

Giuliani was maskless for an hours-long committee hearing in Michigan on Wednesday, where he sat next to a number of witnesses who were brought in to make bizarre claims of widespread voter fraud without any evidence. Jenna Ellis, another member of Trump’s legal team, who was sitting next to Giuliani was also not wearing a mask during the hearing which lasted for over four hours.

Giuliani, the former mayor of New York City, is 76 years old. He revealed in a Bloomberg TV interview in October that he is taking hydroxychloroquine daily, an anti-malarial drug which was initially touted as a treatment for COVID-19 but numerous studies have shown to be largely ineffective for sick patients (it’s still unclear how effective it is at preventing infection).

The president’s personal lawyer is the latest in a long list of Trump administration officials and advisors, including the president himself, to test positive for COVID-19 after actively flouting public health advice to wear masks and practice social distancing.