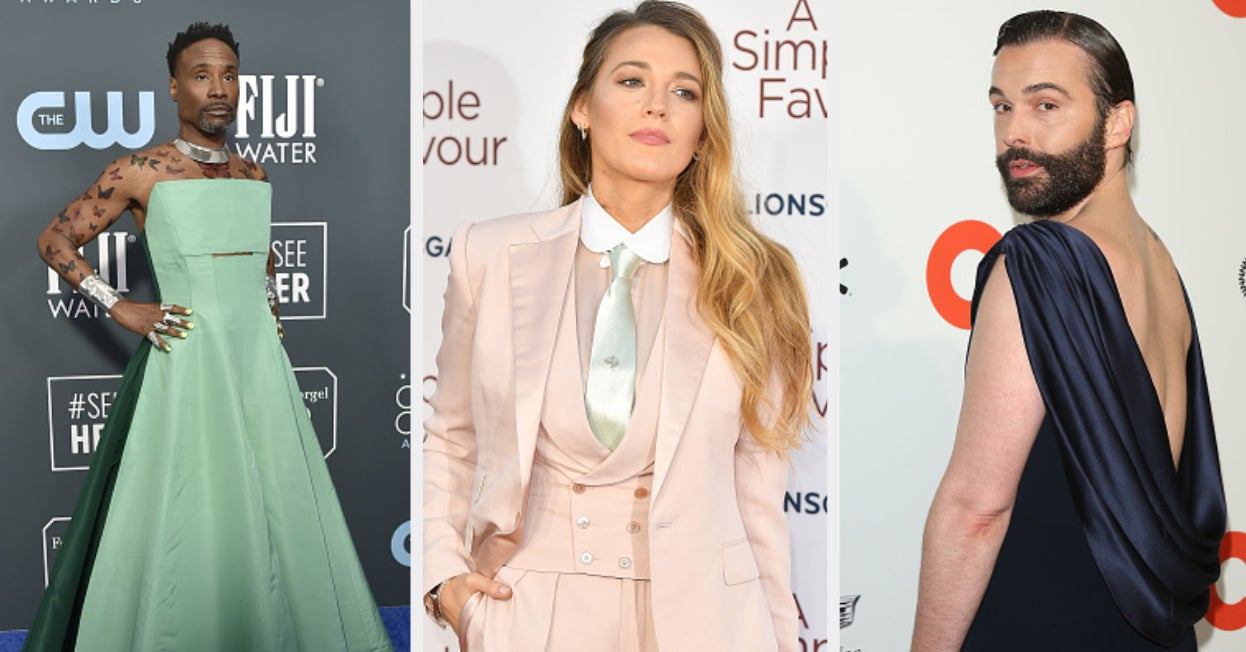 The other week, Harry Styles graced us with his presence on the cover of Vogue and DAMN, did he look good. But his look, in particular the fact that he wore dresses, was bashed by a few online. Of course, fans rightfully came to his defense.

But Harry is certainly not the first man or celeb to subvert gender expectations in their fashion.

While anyone, cisgender or not, should wear whatever the hell they want, it’s important to pay homage to the queer people who broke gendered fashion barriers first.

In order to celebrate wearing whatever the hell you want, I’ve put together a list of awesome examples of celebs saying “screw it” to gender norms in their fashion.

Rapper Young Thug on his “No, My Name IS Jeffery” album cover

Rapper Bad Bunny in his “Yo Perreo Sola” music video

Madonna at the Heathrow Airport

David Bowie at a London concert in 1973

Actor Ruby Rose at the 2019 Australians In Film Awards

Actor Blake Lively at the UK A Simple Favor premiere

Musician Kurt Cobain on the cover of The Face magazine

And finally, psychic Walter Mercado posing for a portrait