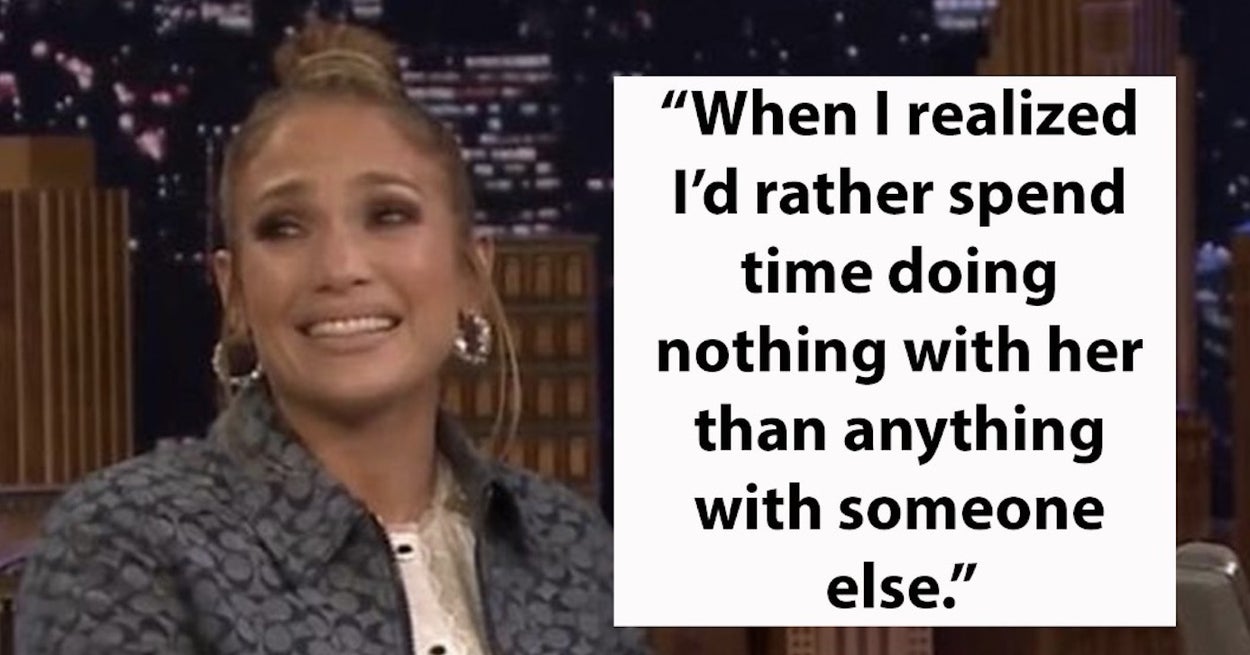 Recently, Reddit user u/allen-freed asked people in relationships what their biggest green flag was early on, and their answers are so, so heartwarming and real:

“We’d been dating for about a month when one day, completely out of the blue, he turned to me and said, ‘I could take apart and clean the drain pipes under your sink if you want. I noticed the sink is a bit slow to empty.’ That’s when I knew he was a man who wanted to build something with me.”

“It was instantly easy to talk to her. I never felt like I had to put on a show for her because she never did with me.”

“I had so many girlfriends who tried to change everything about me all the time. But when I met my wife, she actually listened to who I was and what I wanted in life, and helped me get there, instead of trying to ‘fix’ me.”

“I didn’t even know a relationship could be like that — I thought they all just eventually tried to wear you down into being somebody you never wanted to be.”

“I’d rather spend time with her doing nothing than doing something with anyone else.”

“My sister has autism — she is 20, but has the mental capacity of a 3-year-old. Not everyone knows how to handle that. Well, four years ago, when my girlfriend met my family, the two of them immediately became best friends!”

“My girlfriend has always cared so much for my sister, and would even come sit with her when I wasn’t home to give my mom a break. And to this day, my sister smiles and laughs when she sees my girlfriend. I think she’s had a huge impact on my sister’s life.”

“When I realized I could fall apart with him and feel supported.”

“The first time we had sex, I got my period, and I didn’t realize it until we were done and I went to the bathroom to pee. There wasn’t a ton of blood, but I knew it was enough to have gotten on him and his sheets. Well, when I walked out of the bathroom, he said, ‘Is everything OK? Did you get your period or something?’ And then we both smiled and started cracking up…”

“I noticed that she always invited the loners to join in the conversation. If she saw someone we knew sitting alone, she would always extend an invitation to join or ask their opinion.”

“I told him about my anxiety disorder, and he didn’t use it to his advantage or make me feel broken or guilty for it.”

“I never once checked on him, worried about him cheating, or felt that jealous, uncertain churning in my stomach. This was very new for me at the time.”

“I grew up in an angry, volatile home — anything could make the adults snap and go on a rampage. But when my boyfriend (now husband) and I came home to find a major leak in the bedroom ceiling, which had caused significant damage, he just simply said, ‘Well, shit.’ No screaming, no throwing things, no blaming anyone — just a calm acceptance, and then action to rectify the problem.”

“I noticed that people genuinely liked him, even strangers. And he’d smile at babies.”

“I was able to express my emotions and thoughts to him without him getting angry or judgy — he lets me have my feelings without trying to change them.”

“My fiancé is extremely intelligent — he has two STEM degrees, a very successful career, a stellar memory, and he’s able to digest new information at lightning speed. But he’s never once made me feel stupid for not knowing or understanding something.”

“But what gets me even more is his comfort with the gaps in his own knowledge. He never pretends to know things he doesn’t, and his face lights up every time someone uses an unfamiliar word. He takes such obvious pleasure in learning. It’s an admirable trait, and it was an early sign he was somebody I wanted to spend a lot of time with.”

“When the other ladies at my workplace were airing their complaints about their spouses, I couldn’t think of a single thing to contribute to the conversation.”

“He can laugh at himself.”

“I have Crohn’s disease, and was always kind of ashamed to be with someone, even if just for a night. But when I started dating my partner, I felt like I’d won the lottery — I had zero fear of what she thought because she was so supportive, even in the bathroom.”

“She isn’t afraid to have a different opinion than mine, but she always hears me out and she always supports me.”

“In my previous relationship, I felt critiqued for just being the person who I was, and that critique would often make me feel guilty for not meeting the standards set for me by my significant other. Now that I’ve got a partner who celebrates who I am, and I realize all along that I’d been holding myself back from just doing what makes me happy.”

“I am very ticklish, but I hate being tickled, and my partner discovered that early in our relationship. I asked her once not to tickle me, and 10 years later, she still hasn’t. It just shows respect.”

“My partner evaluates my needs, even with something as simple as offering me some of their water after getting it for themselves.”

“He enabled me to face my fears, not by pushing me, but by being the ultimate ‘safe space’ for me to take emotional risks and grow mentally.”

“Before my first marriage, I had thoughts about canceling the wedding, but didn’t. The marriage didn’t work out. But I never once had that thought going into my second marriage — not one single time.”

“Us being able to discuss anything, even flaws, without them or me getting mad. Communication is the most important thing in a healthy relationship.”

“He always responds and pays attention to me when I call his name, even if it’s for mundane stuff like me wanting to point out there’s a snail on the pavement.”

“We trusted each other to go out alone and have fun with friends of the opposite sex — no jealousy, just faith that they’d do the right thing.”

“He explicitly told me that I could just say I didn’t feel like having sex, and he would never be upset or hurt, because he knew it wasn’t about him.”

“He immediately made it clear that we are a team and it’s always us versus the problem.”

What about you? What was the green flag that let you know this was the relationship for you? Tell us in the comments below, and you could be featured in an upcoming BuzzFeed Community post!