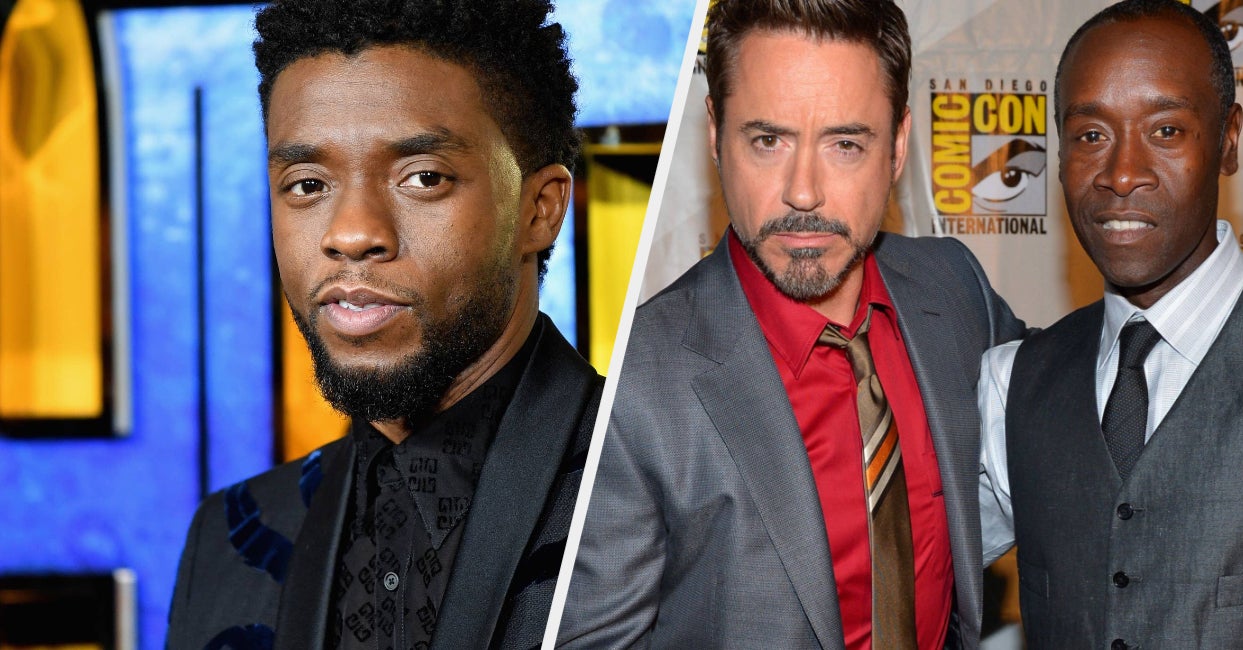 It’s been three months since the onscreen and real-life superhero Chadwick Boseman passed away, and his fans and peers are still grieving the insurmountable loss.

As awards show season continues, the Black Panther star’s life and legacy continues to be honored and Robert Downey Jr. and Don Cheadle are the latest actors to present a tribute to Boseman — at the 2020 MTV Movie & TV Awards.

When Downey Jr. and Cheadle announced their Marvel costar as the Hero for the Ages, they did so with an incredibly moving speech.

“The second you first saw him on screen or had the opportunity to meet him in person, his energy and intensity was undeniable. There was something different and special about Chadwick Boseman,” Downey Jr. said.

“Each time he stepped on the set, he inspired and influenced everyone there,” Cheadle added. “And with every role, he created a new legion of fans. He had an incredible power to unify people in their love for his work and their respect for him as a person. The way he lived his life united people behind a higher purpose, and that will be his legacy.”

“The Avengers have all been given an opportunity to portray characters that are meaningful and hopefully memorable,” Downey Jr. said, adding, “Mr. Boseman truly embodied what it meant to be a superhero. His impact as a groundbreaking leading man, as an icon on screen, it won’t be quantified by the box office records he broke, but by the legions of fans who will celebrate him for many years to come.”

Cheadle paid homage to Boseman’s flexibility as an actor, saying, “Chadwick will be forever known as the Black Panther, but he also painted incredibly powerful portrayals of iconic and influential real men who changed the world. Thurgood Marshall, James Brown, Jackie Robinson, he brought humanity and truth to the portrayal of people who felt larger than life, and he did it in a way that honored their memories.”

“His list of selfless and inspirational acts and deeds is too long to recount here,” Downey Jr. said. “Consistently showing up during trial and triumph for family, friends, and fans alike, some of whom were battling the same invisible enemy. He was the most heroic when just being Chad. That’s when he was bigger than anyone he played on screen.”

“We are both so proud to be part of this award recognizing him,” Cheadle finished. “The greatest of all time, our hero for the ages: Chadwick Boseman.”

You can read through some of the many other tributes to Boseman here and here.