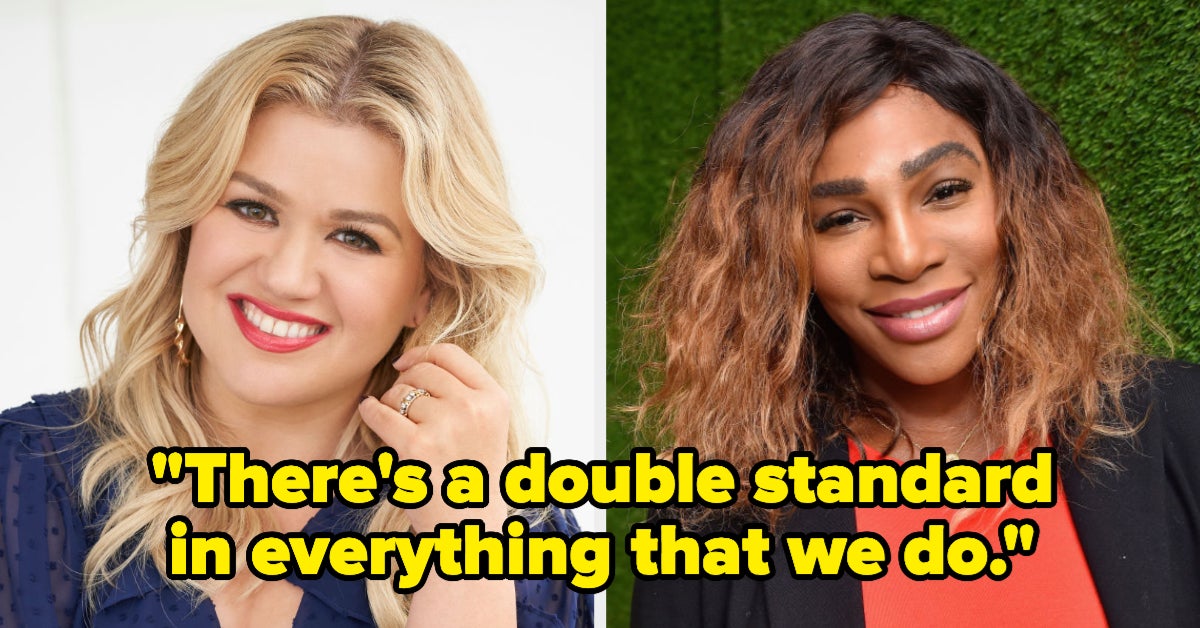 And even after all that, they still get haters!

“I’ve always had to stand strong for myself with my body image in the public eye,” Kelly told Serena on a recent episode of The Kelly Clarkson Show. “I love that you’ve always done that. You are so body positive.”

“I love that you’ve always done that!” the athlete responded. “It’s so cool. One time, I think you went off on somebody. I loved you for it.”

“Was that the British chick?” the singer exclaimed. “I was like, ‘Look, I ain’t got time for you over the pond. I got enough people hating on me over here!’ I’m just like, ‘Go have some tea and get off of me.'”

Kelly also shared what really bothers her about these trolls.

“What makes me mad about it, it’s honestly not how it’s said to me — it’s rude and obviously, nobody likes to hear it — but it’s because other women and other little girls are looking out there, and they’re bigger than me, and they’re going, ‘If they think she’s this way, then what does the world think of me?’” the “Stronger” singer said.

“The domino effect of that is so detrimental for people’s psyche, and especially nowadays with young women on social media. It’s just so hard,” she continued.

“That’s why I feel like I have to keep talking about it every once in a while and stand up. I try to do it in a comedic way and keep it light. But well, sometimes you just gotta shut ’em down,” Kelly concluded.

“There’s been so many things I had to overcome,” Serena said. “Even just being myself is different. In particular in tennis, which is a sport that no one really looks like me, at least in the beginning, you can’t really express yourself, or it’s seen as bad.”

“There’s a double standard in everything that we do. That’s just the society that we happen to live in, and it takes generations to change,” she continued.

“I think the most [important] part is just to always be your true self and always be humble and always be kind. And that’s the best that I can do. At the end of the day, I really feel like things even out at some point. I just try to be the nicest person that I can be.”

You can watch the full episode of The Kelly Clarkson Show here.