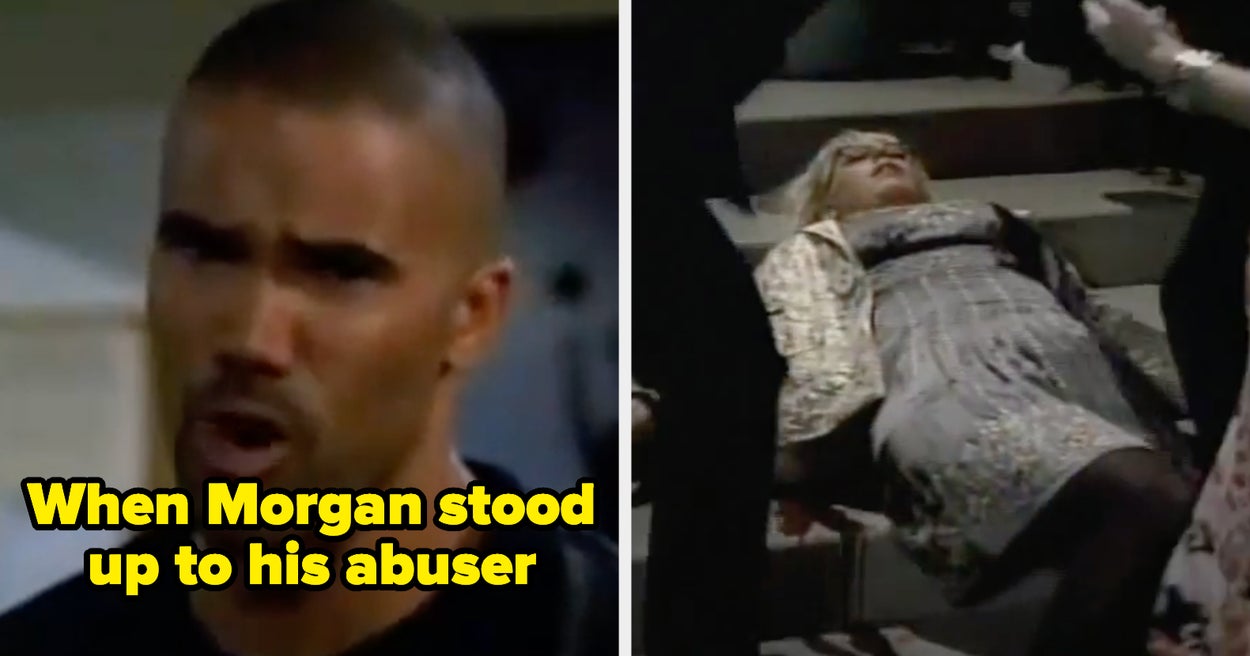 We asked the BuzzFeed Community to tell us which scenes from Criminal Minds never fail to make them cry. Here’s what they said:

🚨Warning: There are MASSIVE spoilers ahead. Some entries also contain sexual assault, addiction, and suicide. 🚨

When Hotch’s ex-wife Haley was killed just as the FBI was on their way to save her, and the entire team listened to it happen over the phone.

When Reid got abducted, tortured, and injected with dilaudid, which he then became addicted to in later episodes.

When JJ and Spencer were being held hostage at gunpoint and she admitted that she “always loved” him.

When JJ finally learned that before her sister Roslyn died by suicide, she was sexually assaulted by her teacher. She also realized that the necklace Roslyn gave her was actually meant to protect her against Roslyn’s abuser.

When Spencer finally met the love of his life in person, only to watch her get killed in front of him.

When Alvez’s friend was killed by one of their past suspects and he couldn’t do anything to save him.

When Kristy stopped Matt from killing the man who held her hostage and they finally reunited after he thought she was dead.

When the BAU found out that Gideon was murdered.

When Derek said goodbye to Reid and he revealed that he named his newborn son after Reid.

When Garcia was shot by a man she went on a date with and was rushed to the hospital.

When Reid thought he was going to die after being exposed to anthrax and he asked Garcia to record a message so he could say goodbye to his mother.

When Will felt guilty for letting hostages die, so he entered the building despite JJ pleading for him not to, then he got shot.

When Emily confided in Rossi about the abortion she had as a teenager and she tells him she believes it’s what caused her close friend’s downward spiral and eventual death.

When Emily listened to Garcia’s voicemail begging her to come home.

When JJ and Hotch told the rest of the team that Emily died in surgery.

When Tara’s ex-husband finally admitted that she saved his life and that he’d always love her.

When Garcia forgave and helped set free the man who killed her parents while drunk driving.

And finally, when the BAU gang has their last dinner together before going their separate ways.

Responses have been edited for length and clarity.