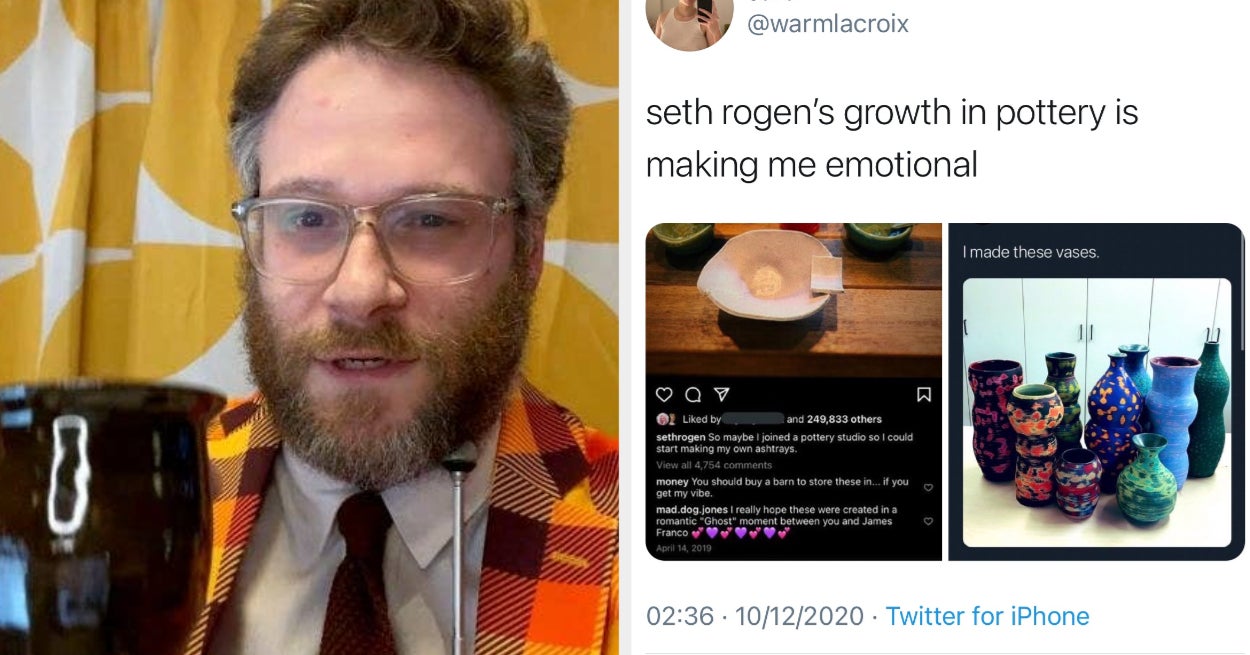 So here’s something cute and wholesome to come out of 2020 — Seth Rogen is now basically running a pottery account on Instagram!

Technically, this didn’t all start this year. It’s kind of common knowledge that Seth loves a good ashtray, and he has quite the collection of them.

But, in April of last year, the Superbad actor revealed in a post that he had joined a pottery class so he could make his own ashtrays, and he’d already built up quite the collection.

And then, over the year, he started to post more of his pottery work, branching out into matching ashtrays and vases.

Well, what with 2020 being a massive steaming pile of trash, Seth has upped his pottery game and he’s getting even better than he was!

And his vases have really levelled up since last year.

He made a freakin’ soap dispenser!

And a whole sake set!

And that’s not even the cutest thing — apparently Seth is a “gem” in the pottery community and has invited people over to use his home studio!

But anyway, yes, people love Seth and his pottery.

No idea if Seth will ever start selling his pottery but you better believe I will be in line for one of those vases if he does!