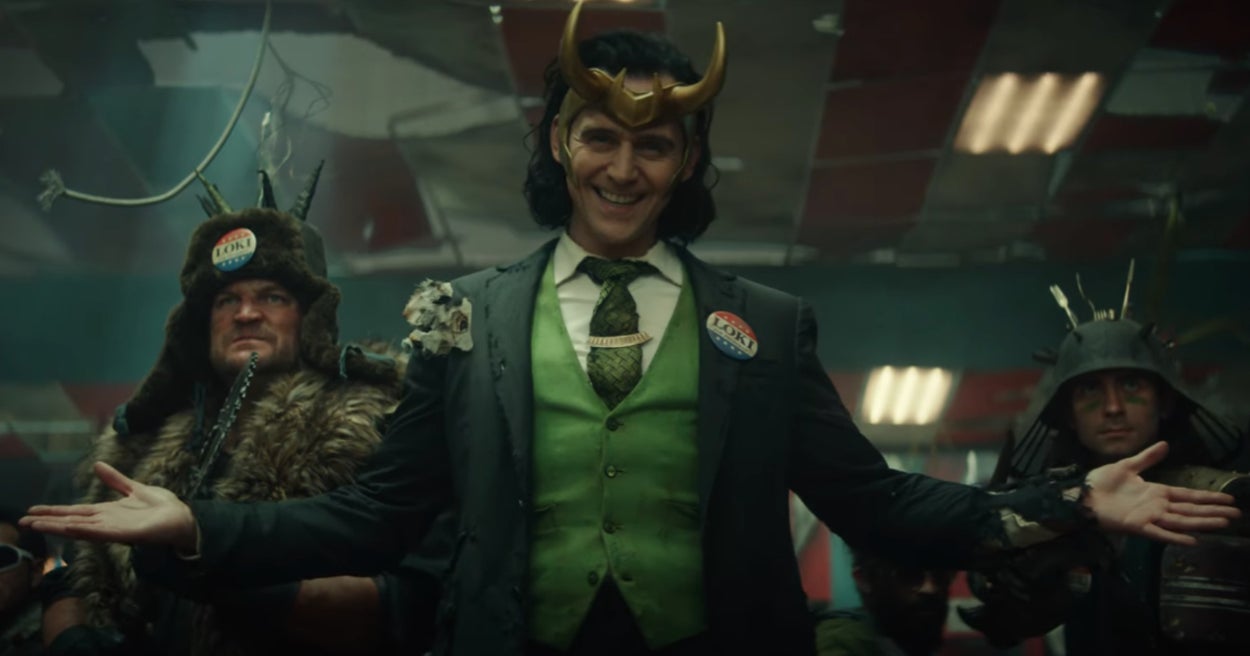 Y’all…it has been a DAY for nerds, let me tell you right now! ICYMI, Disney had their annual Investor Day, during which they announced what can only be described as an ONSLAUGHT of new content coming to Disney+.

But one of the absolute BEST things to come out of the day’s MANY exciting announcements was our first official look at everyone’s favorite mischievous god, Loki, who is finally getting the solo run he deserves in a Disney+ show simply titled Loki. Check out the trailer here:

The clip opens with a reminder of Loki’s (played to perfection once again by the devilishly handsome Tom Hiddleston) fate in the alternate version of 2012 established in Avengers: Endgame, in which he escapes, alive, with the Tesseract in tow.

Shortly after, we see him waking up, confused, in an unfamiliar desert, surrounded by strangers…

…and things only get weirder from there!

While not much else has been revealed about the specific plot itself — the pure, unflinching, chaotic Loki energy emanating from this lil’ teaser is a GIFT for fans. A GIFT, I TELL YOU!

Oh…and just in case all of that wasn’t enough for you: Owen Wilson, Gugu Mbatha-Raw, Sophia Di Martino, and Richard E. Grant are all ALSO making appearances throughout the series, because — ya know what? — WHY NOT!

From this short trailer alone, the series looks absolutely INCREDIBLE. I mean, given how other Disney+ shows look, it shouldn’t come as a shock, but still…like, it looks like a Marvel MOVIE. Disney+ truly spared no expense.

The special effects? Mind-blowing. The colors? Vibrant. The costumes? Gorgeous. The God? Of Mischief.

So, uh, yeah…be sure to catch everyone’s favorite god once he returns in all of his GLORIOUS glory when Loki hits Disney+ May 2021!