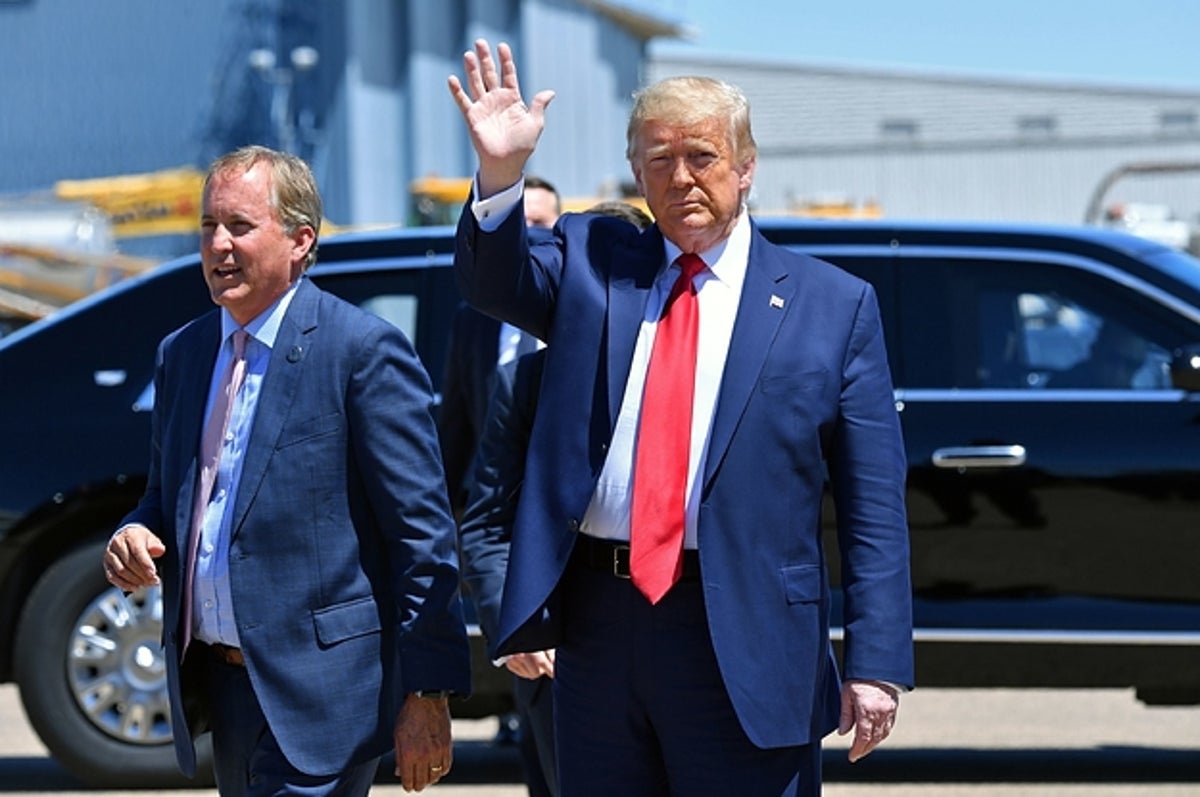 
WASHINGTON — The US Supreme Court on Friday rejected Texas’s unprecedented last-ditch effort to challenge President-elect Joe Biden’s win in Pennsylvania, Michigan, Georgia, and Wisconsin by suing those four states in the high court.

At least a majority of the justices concluded that Texas lacked standing to bring the case at all, a threshold the state had to clear before the case could go any further.

“Texas has not demonstrated a judicially cognizable interest in the manner in which another State conducts its elections,” the court wrote in the brief order.

No justice noted that they had dissented from the decision to knock out Texas’s case from the start. It would have taken at least five justices to agree to hear the case, but the justices don’t have to individually indicate how they voted, so there’s no way to know the vote breakdown for certain. Justice Samuel Alito Jr., joined by Justice Clarence Thomas, wrote that they believed the court had to allow Texas to file its lawsuit, but they wouldn’t have granted any other relief that the state requested.

It was a significant loss not only for Texas, but for President Donald Trump, who had asked to intervene in the case and spent the the past two days tweeting about why the justices should effectively hand him an election that Biden won. The court denied all of the other motions filed in the case as moot once it decided Texas couldn’t bring the case at all, which ended Trump’s bid to get before the justices.

On Dec. 7, Texas took the extraordinary step of attempting to sue Pennsylvania, Michigan, Georgia, and Wisconsin directly in the Supreme Court. Texas Attorney General Ken Paxton, a Republican, has been a fierce supporter of the Trump administration and spearheaded conservative legal causes in court over the past four years; his office led the latest challenge to the Affordable Care Act that the Supreme Court heard last month.

The Supreme Court normally only hears cases that have worked their way through the lower courts, but there are a few categories of legal disputes that the justices can have “original jurisdiction” over, including cases between states. Those cases typically involve disputes over land or water rights, not one state broadly objecting to the laws and practices of another.

In Texas’s court filings, Paxton lodged complaints about how the four states had decided to run their elections during the coronavirus pandemic and alluded to baseless conspiracy theories of widespread voter fraud that federal and state judges across the country have rejected in the weeks since Election Day.

Paxton presented an extreme ask to the justices: He argued for an order that would give the state legislatures in Pennsylvania, Michigan, Georgia, and Wisconsin — all of which are controlled by Republicans — the power to decide which candidate received their state’s electoral votes, effectively invalidating the tens of millions of ballots cast by the voters. In the short term, Paxton also asked the justices for an immediate injunction stopping the four states from having electors participate when the Electoral College meets on Dec. 14.

Two days after Texas petitioned the court, Trump jumped in, arguing he should be allowed to intervene in the case as a party. Although Trump had vowed to take the election to the Supreme Court the morning after Election Day, lawyers for his campaign haven’t tried to petition the justices to hear any of the campaign’s state and federal court losses to date.

Trump has boosted baseless claims of widespread voter fraud over the past month, and used his Supreme Court filing to promote the inflammatory and unfounded claim that the election was “stolen.” But he also created some distance from the fraud narrative. His lawyer, John Eastman, a professor at Chapman University Fowler School of Law, wrote that they didn’t have to prove fraud actually occurred, focusing instead on the argument that election officials in the swing states at issue ran the election in ways that “deviated” from what state legislatures had intended.

“The constitutional issue is not whether voters committed fraud but whether state officials violated the law by systematically loosening the measures for ballot integrity so that fraud becomes undetectable,” Eastman wrote.

Trump used Twitter to try to boost the Texas case, posting on Friday afternoon: “If the Supreme Court shows great Wisdom and Courage, the American People will win perhaps the most important case in history, and our Electoral Process will be respected again!”

Carr and the attorneys general of Pennsylvania, Michigan, and Wisconsin responded to Texas’s filings on Thursday afternoon, defending how they’d run the election and blasting Texas for trying to convince the justices to undermine their authority and the will of their citizens.

“The State of Texas has now added its voice to the cacophony of bogus claims. Texas seeks to invalidate elections in four states for yielding results with which it disagrees,” the Pennsylvania attorney general’s office wrote in its brief. “Its request for this Court to exercise its original jurisdiction and then anoint Texas’s preferred candidate for President is legally indefensible and is an afront [sic] to principles of constitutional democracy.”

What exactly courts have the power to do once key federal election deadlines have passed is a largely untested area of the law. In 2000, when the presidential race between Al Gore and George W. Bush reached the Supreme Court, the justices ruled on Dec. 12, which was the “safe harbor” deadline for states to certify federal election results and receive special protection against Congress deciding which candidate received a state’s electoral votes.

Election law experts have said that judges are already wary of interfering with elections and injecting confusion and chaos, and would become even more cautious once critical dates set by Congress — like the safe harbor deadline and the date of the Electoral College meeting — have passed. The safe harbor deadline this year was Dec. 8.

Paxton may have filed a novel type of case in the Supreme Court, but he promoted many of the same conspiracy theories about voter fraud that campaign lawyers Rudy Giuliani and Jenna Ellis, along with attorney Sidney Powell, have pushed in the weeks since the election. Judges who have examined these claims so far have either rejected them as not credible or unsupported, or they have concluded that even if there were problems with how voting was managed in some places, the appropriate legal solution was not for a court to invalidate millions of legally cast votes.

It was the second postelection case to reach the Supreme Court since Nov. 3. On Dec. 8, the court rejected a request from Rep. Mike Kelly and other Pennsylvania Republicans for an immediate injunction to nullify the state’s certification of Biden’s win. The Pennsylvania challengers had filed a lawsuit in late November arguing that a law passed by the state legislature in October 2019 expanding mail-in voting was unlawful. They tried to get the US Supreme Court to step in after the Pennsylvania Supreme Court ruled the case was filed far too late to go forward now and potentially jeopardize millions of ballots that voters had cast relying on the new mail-in voting rules.

The Supreme Court denied Kelly’s application in a one-line order, and no justices publicly disclosed that they’d dissented. A lawyer for Kelly and the other Republican challengers announced on Dec. 11 that they were filing a petition for the Supreme Court to take the case up on the merits going forward. Two GOP challengers who unsuccessfully brought cases contesting Biden’s wins in Arizona and Georgia — Arizona Republican Party chair Kelli Ward and conservative lawyer L. Lin Wood Jr., respectively — filed petitions on Dec. 11 asking the justices to hear their cases as well.

One election-related case filed before Nov. 3 is pending before the US Supreme Court, related to the validity of absentee ballots that arrived in Pennsylvania during a three-day window after Election Day. The state’s Supreme Court had ruled that the state could count those ballots, and the US Supreme Court has yet to weigh in. But the Pennsylvania secretary of state’s office has said that case would affect approximately 10,000 ballots — not enough to flip the state, since Biden won by more than 80,000 votes.

This is a developing story. Check back for updates.