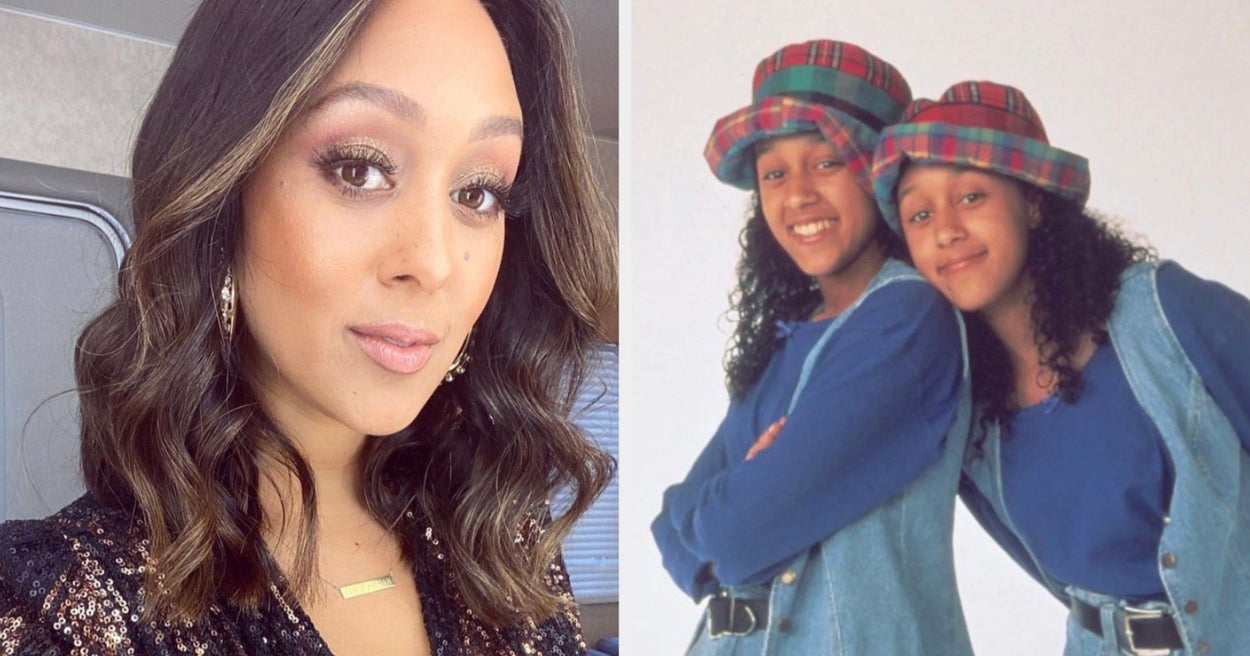 You know Tamera Mowry-Housley — Hallmark movie star and executive producer, former co-host of The Real, and one half of the most iconic ’90s duo to ever ’90s, Tia and Tamera.

Well, I recently got a chance to sit down with the multitalented actor and mother of two — virtually, that is — to chat about the importance of representation in TV, how her family will spend the holidays,
and of course,

We’re so excited that Sister, Sister is streaming on Netflix! What does it mean for you to be able to share this show with a new generation?

And what the show’s new reach does for representation for women of color is just as important, Tamera says.

Tamera tells BuzzFeed that the magic of Sister, Sister isn’t just in the show having an all-Black cast, but that “people all over the world have been able to watch the show, look past any stereotypes, and see themselves in it.” And the impact of the girls wearing their signature natural curls on the show isn’t lost on her, either.

It’s no secret that Sister, Sister fans all over the world would love to see a revival happen with Tia and Tamera as adults — and when asked what she would want the show to focus on, Tamera has a few ideas.

Speaking of family, Tamera tells BuzzFeed she looks forward to spending time with hers over Zoom this holiday season, and when it comes to gifts for 2020, she’s been working with Moose Toys to promote one of her faves:

Find a link to Squeakee the Balloon Dog in our latest kids’ holiday gift guide — which is full of other kids’ gifts you can’t go wrong with!

And you can catch Tamera in Christmas Comes Twice on the Hallmark Channel December 13th, in episodes of her family’s YouTube show, The Housley Life, and — if you’re anything like me — endless episodes of Sister, Sister on Netflix, because when it comes to my ’90s TV, ’tis always the season.