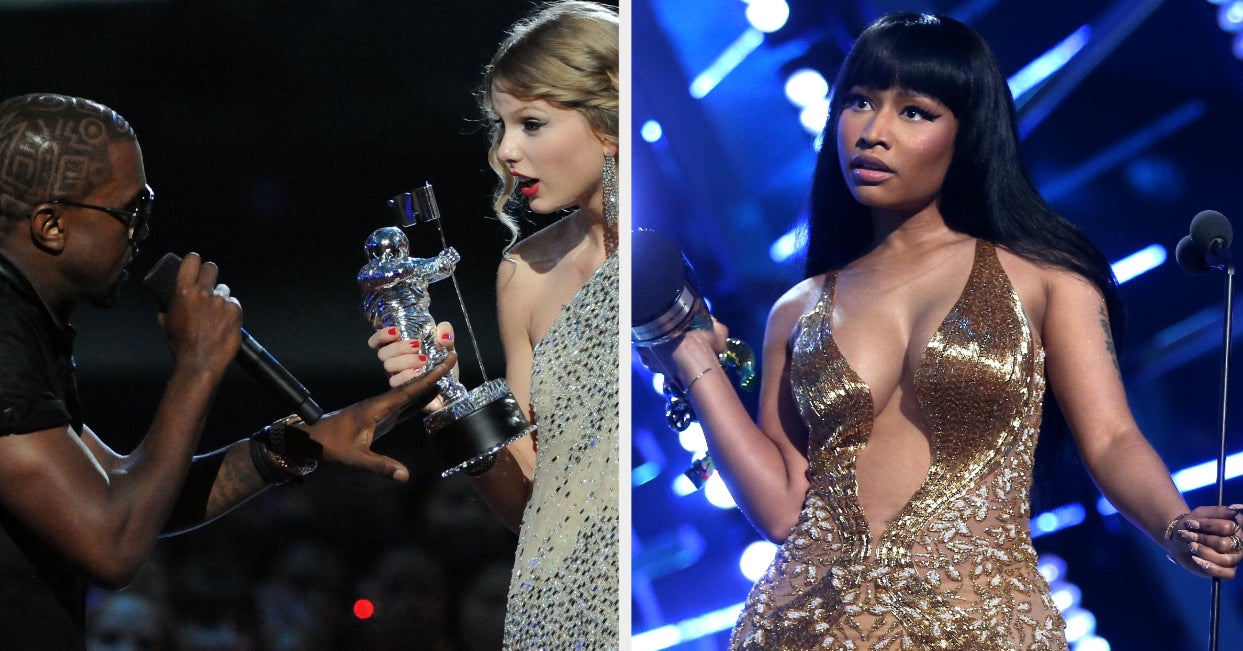 Over the years there have been some messy award ceremony moments. So let’s take a look back at some of the moments that we couldn’t stop talking about at the time.

Let’s start with off with the time La La Land was accidentally announced as “Best Picture” at the 2017 Oscars when it was actually Moonlight that won.

Or how about Leonardo Dicaprio’s reaction to Lady Gaga passing him at the 2016 Golden Globes, which TBH, is me to all of my responsibilities.

Or the time when Nicki Minaj managed to save herself from what would have been a very embarrassing wardrobe malfunction at the 2014 VMAs.

When Sacha Baron Cohen came dressed as The Dictator and spilt an urn of fake ashes (!!!!) all over Ryan Seacrest on the 2012 Oscars red carpet.

The time Michael Jackson thought he was accepting an award for “Artist of the Millenium”, but really it was just the VMAs wishing him a happy birthday.

The time when JLO fell at the 2009 AMAs, which BTW, is what I look like doing any physical activity.

Or when Madonna was quite literally yanked off the stage at the 2015 Brit Awards and STILL pulled off a killer performance! You go, babes.

The time when Sofia Vergara was put on a literal revolving pedestal for a very questionable skit at the 2014 Emmys, causing some mixed reactions.

That moment Nicki dropped the infamous “Miley, what’s good?” at the 2015 VMAs and left everyone (me included) shaking in their damn boots.

When Jennifer Lawrence managed to trip up the stairs at the 2013 Oscars after winning “Best Actress”.

What about Taylor Swift and her team’s premature reaction to her thinking she had won “Album of the Year” at the 2014 Grammys, which is the same reaction as me when I think they’re calling my order at McDonald’s.

That time Miguel leaped into the crowd at the 2015 AMAs and landed on a woman’s face.

Or when Melody Thornton scream-sang over Nicole Scherzinger at the 2006 AMAs, which is literally me doing a group project when we’re all being graded individually.

That moment Tiffany Haddish threw some shade towards my good girls Fifth Harmony at the 2018 VMAs.

How about the time Steve Harvey called out the wrong name at the 2015 Miss Universe pageant?

Does anyone remember the time Amy Schumer “fell” in front of Kim and Kanye at the 2015 Time 100 Awards? ‘Cause I do.

Or the second Jack Whitehall mistook Harry Styles’s own sister as Harry’s date at the 2020 Brit Awards.

Or maybe when Anne Hathaway and James Franco co-hosted the 2011 Oscars together, which even Anne regretted.

And finally, the infamous “I’mma let you finish” moment of the 2009 VMAs between Taylor and Kanye which led to years of rivalry, and ultimately to the iconic album that is “Reputation.”

What are some of your favourite award ceremony moments? Let us know in the comments!