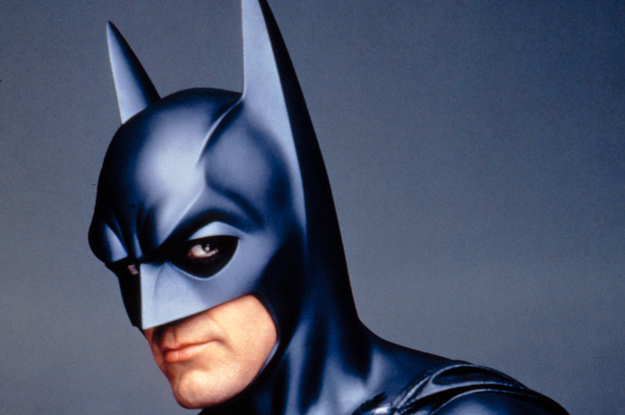 Batman & Robin: So bad it’s good? So bad it’s…bad? Either way, the 1997 film is endlessly memorable for all its silliness. Just watch this video of all the puns that Mr. Freeze (Arnold Schwarznegger) says in the movie. It’s ridiculous.

Batman & Robin also marked Clooney’s one and only bow as Bruce Wayne — and more than 20 years later, it’s obvious that he’s still feeling some regrets.

In an interview with The Guardian promoting Clooney’s new film The Midnight Sky, the 59-year-old actor was asked if there’s anything he’d do differently in his younger career. Want to guess what he said?

“Now, the obvious answer to your question would be to joke, Batman & Robin,” Clooney said, before adding: “And I wouldn’t do it at all.”

This isn’t the first time Clooney’s disavowed Batman & Robin. In 2002, he referred to the film as “a waste of money,” and in 2005 he surmised that the film might have “killed” the Batman franchise entirely.

This time around, however, Clooney was more reflective about making the film and what he learned from the experience.

“I learned that if you’re gonna be held responsible for a film, instead of just being an actor in that film, you’d better pick better films,” he admitted.

It seems like Clooney learned that lesson well, since his post-Batman & Robin career has been filled with prestigious, award-winning roles. But don’t get it twisted, George: We’ll never forget about you rocking the Batsuit. Ever.