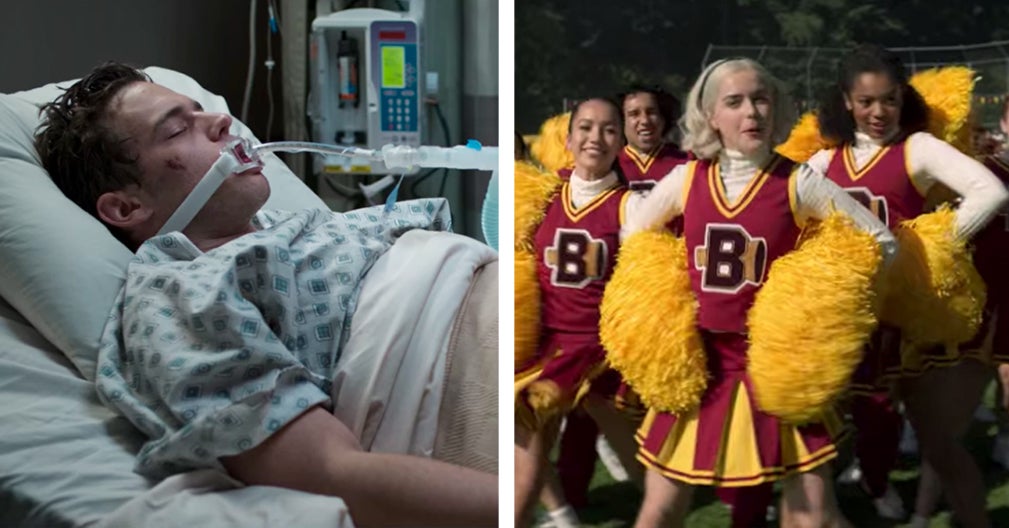 With 2020 turning out the way that it did, it’s no surprise that many of us — myself included — watched a lot more TV than we usually do.

But, while there were a bunch of great TV shows that gave us some much-needed joy, there were also some terrible storylines that truly missed the mark.

For example, maybe you’re still mad at the 13 Reasons Why writers for deciding to kill off Justin Foley, rather than give him the happy ending he deserved, during the final season.

Perhaps you weren’t a huge fan of how Chilling Adventures Of Sabrina morphed into a semi-musical during the first half of Season 3.

And let’s not forget about the totally unrealistic way that Emily built up her followers in Emily In Paris — especially when she’s posting “viral” hits like these.

Alright, now is your chance to vent: What TV storyline from 2020 was the absolute worst and why? Drop your answers below and you could be featured in a BuzzFeed community post or video!