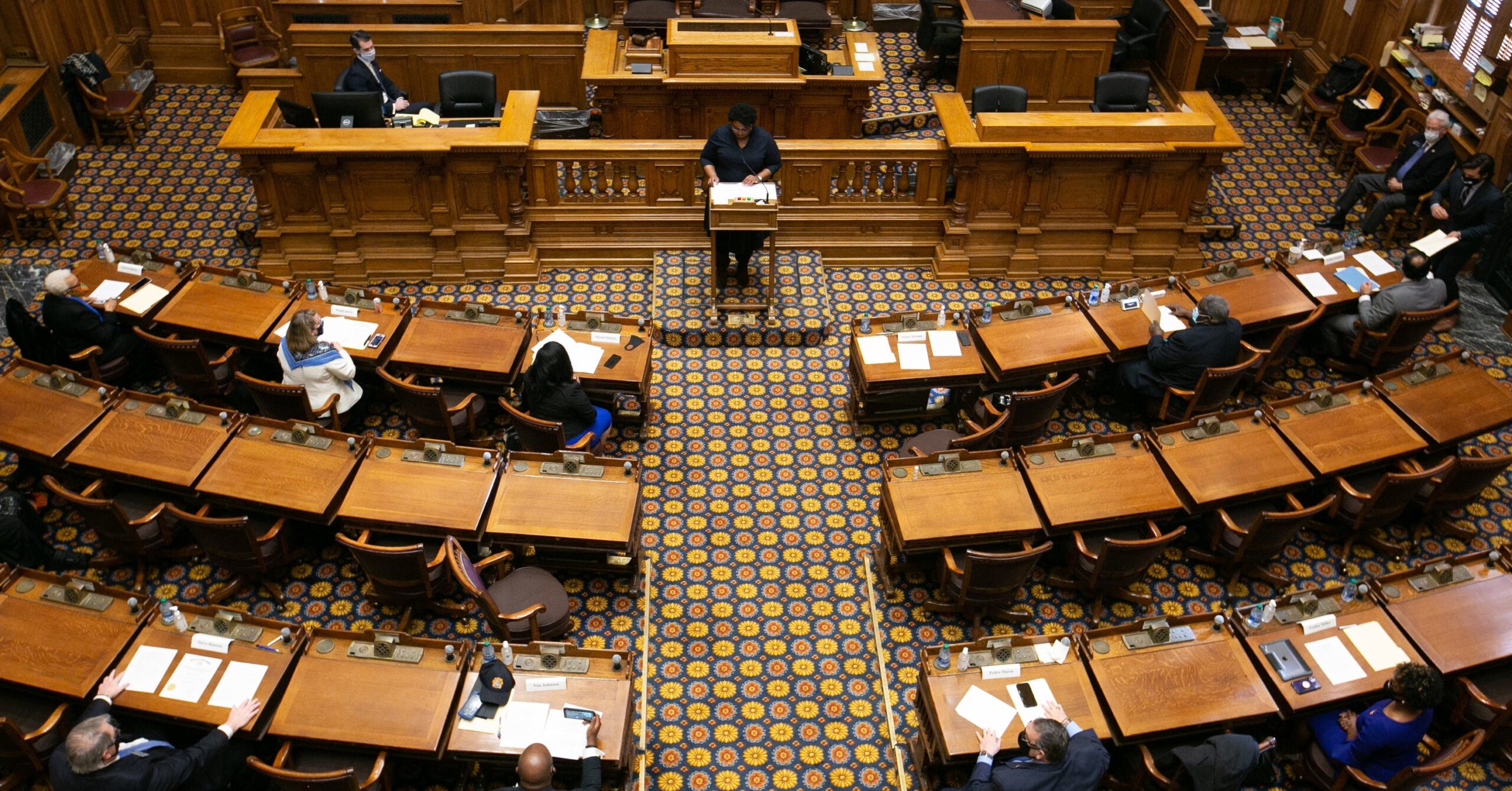 A segment of the country has so bought into Trump’s denial of reality that they are convinced not only that the election was stolen, but that Trump is in the midst of a miraculous comeback and will be sworn in for a second term on Jan. 20.

The fantasy narrative has spilled out of the internet and into the streets. In Georgia, pro-Trump Republicans claimed to cast the state’s Electoral College votes for Trump. (Biden won Georgia by 12,000 votes.) In Nevada, the chair of the state’s Republican Party held a press conference to “certify” Nevada’s six electoral votes for Trump. (Biden won Nevada by 34,000 votes.) In Michigan, a crowd of would-be electors demanded to enter the statehouse to cast their votes for Trump, but were refused because the actual Electoral College members were already inside.

These Republican votes are not official, not recognized, and have no real-world weight whatsoever. But to Trump’s die-hard fans, they are a key part of a plan that ends with Congress overturning the election results and handing the presidency back to Trump.

“There is a 0.0% chance Biden will see his hand on a bible on January 20th. Fear not,” reads one comment on the pro-Trump message board TheDonald.win that is in line with the general sentiment.

This narrative is being reinforced straight from the White House.

“We have more than enough time to right the wrong of this fraudulent election result and certify Donald Trump as the winner,” Trump adviser Stephen Miller said on Fox News Monday morning.

The idea is based on an unprecedented but technically possible reading of the United States Constitution. In theory, Congress could try to count a renegade set of Electoral College votes, or just refuse to count Electoral College votes cast for Joe Biden. It’s a desperate long shot. So far, not a single Republican in the Senate has agreed to challenge the Electoral College results, and nearly all of them would need to go along with such a scheme.

The House of Representatives is a different story. A majority of Republican members there have endorsed Trump’s repeatedly debunked claims that widespread fraud cost him the election. But they don’t have the numbers to overturn the election results on their own.

In reality, Trump’s legal team has lost nearly 60 court cases, failed to demonstrate a single case of voter fraud, and failed to toss out any votes, let alone the hundreds of thousands that would be required to swing the outcome of the election.

But in Trumpland, a vast conspiracy involving Democrats, the Chinese government, an international globalist cabal, rigged voting machines, corrupt state governments, and bought-off poll workers came together to steal the election from Trump. Many have rejected the results of the election entirely.

Their first expectation was that the Supreme Court would step in and hand Trump his victory. Court loss after court loss was chalked up to Trump’s team waiting for the right moment. “Trust the plan” is a commonly repeated mantra among his supporters. When all 50 states certified their election results it was seen as good news: Trump was waiting for Democrats to complete their fraud before bringing down the hammer and having them arrested.

That illusion shattered when the Supreme Court refused to hear Trump’s lawsuit. Trump’s angry tweets seemed to confirm this was not part of the plan. Now hopes have turned to Congress or, increasingly, Trump calling in the military.

“If the majority of Justices in SCOTUS are truly cowards, our military has the huevos to defend our nation,” reads one pro-Trump tweet.

“It’s time to bring in the military and end this shit,” reads another.

The theory gaining steam is that Trump will invoke the Insurrection Act of 1807 to call in the military, who will seize the election ballots, conduct their own recount to prove Trump won, then round up and imprison Democrats and others seen as traitors. The pro-Trump outlet the Epoch Times is openly making the case for Trump to call in the military.

An alternate belief is that the Supreme Court is still going to save Trump. The plan is when rival slates of pro-Trump electors show up to Congress to cast their Electoral College votes for Trump, Congress will become divided and the Supreme Court will, finally, step in to declare Trump the winner.

The consistent theme running through these theories is that every new sign that Trump has lost — recounts reaffirming Biden’s win, courts tossing out Trump’s lawsuits, states certifying their results, the Electoral College voting — is in fact, contrary to how it seems, good news that will pave the way for Trump’s second term. Trust the plan. Hold the line.

“Today the electoral college meets to elect Joe Biden and I couldn’t be more excited,” wrote one Twitter user with over a half-million followers. “This is the best movie I’ve ever seen in my life. I love being witness to Federal Crimes being committed on a massive scale.”