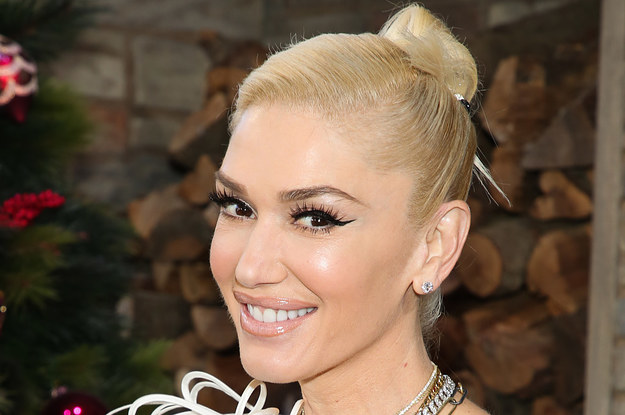 Between her illustrious musical career — as a solo artist and the front person of No Doubt — and her spot as one of the judges on NBC’s The Voice, Gwen Stefani has been a megastar for quite some time.

Stefani also shares three sons with ex-husband Gavin Rossdale, and during a recent episode of The Zane Lowe Show, she revealed that she found out that she was dyslexic after her sons were having trouble with reading.

“One thing that I’ve discovered through having kids is that I have dyslexia — everyone has things that happen and mine was that,” she explained.

“And I feel like a lot of the problems that I have had or even decisions that I’ve made for myself stem from that, because now the children — obviously, it’s all genetic — they have some of those issues.”

But Stefani also emphasized that her kids are getting plenty of support at school with “incredible teachers.” “They don’t have to have shame about it. They understand that their brain functions in a different way. All of our brains do, you know what I mean?”

Stefani also reflected on how the discovery changed her perspective on her own struggles growing up, since she “failed at school.” “I was a good girl. I didn’t do any bad stuff. It was just really hard for me to function in that square box of school that everybody was supposed to be understanding.”

“And my brain didn’t work like that; it still doesn’t. But it works in different ways that are probably a gift that other people can’t do.”

And Stefani elaborated on that last point, talking about how making music with No Doubt and by herself has helped her move past the struggles she’s faced with dyslexia.

“At that time, I had written that whole record not even knowing how to write a song and I had literally laid my entire life out for everyone to hear. And then I’m still in the band with [No Doubt band member Tony Kanal], who I was so dependent on, because of probably my dyslexia.”

“I didn’t know any of this until now, but I think that I didn’t have any confidence in myself at the time. When I would write a song or I would get on stage, it just felt so right and the only thing that was going right for me.”

Stefani’s experience is a necessary reminder that we’re all different — and we should all follow our creative bliss, regardless of any obstacles that may be in the way.