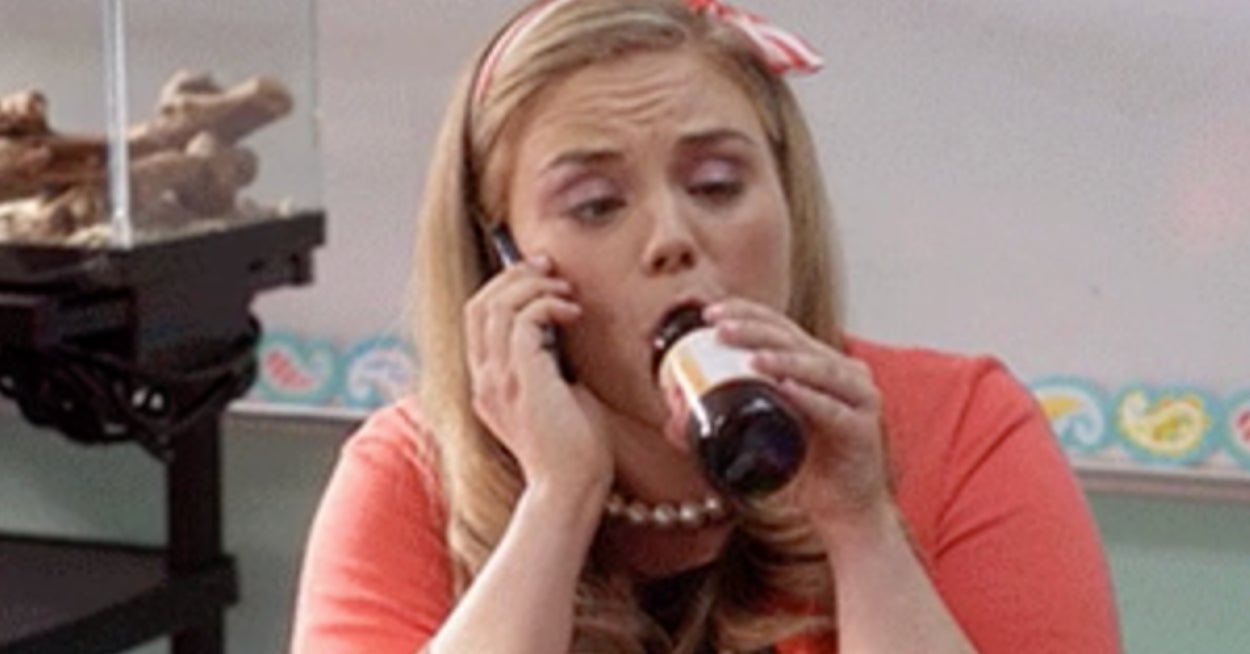 TikTok user @juliasendojourney recently went viral after revealing that Mucinex can help you get pregnant:

She discovered this while she had COVID-19 and was taking Mucinex to get relief from her symptoms. In her video — which has received over 8 million views — she explains that because she has endometriosis and PCOS, she regularly tracks her fertility. However, once she started taking the cough medicine, she noticed her fertile signs skyrocketed. So, she asked her doctor, who told her that Mucinex can be given to women to help increase their fertility.

As someone who has never heard this before, I was kind of skeptical…

…But then I noticed the top comment was from a nurse who confirmed it was true!

So, I decided to reach out to an expert to get the facts. BuzzFeed spoke to Dr. Natalie Crawford, who is double board certified in obstetrics/gynecology, reproductive endocrinology, and infertility.

“Mucinex is the brand name of Guaifenesin, which is an expectorant medication sold over the counter. It is usually taken to assist in clearing phlegm from the upper respiratory tract by thinning out the mucous. For many years, Guaifenesin has been discussed as a way to potentially improve male and female fertility by changing the viscosity of the ejaculate and cervical mucus, thus making it easier for sperm to swim through,” Dr. Crawford explained.

She believes Mucinex may and may not work. “Mucinex works by bringing water into secretions and making them more permeable to sperm. It does appear that, in certain people, this may help in their attempts at conception.”

Dr. Crawford also shared that Mucinex is more often recommended to male patients whose semen has a high viscosity, which is the seminal fluid’s resistance to flow. (High viscosity can affect things like sperm motility.) “Because a woman’s cervical mucus should appropriately thin out at the time of ovulation due to elevated estrogen levels, it is less common for it to be suggested to females. Mucinex is often tried in natural attempts at pregnancy once other causes have been appropriately ruled out,” she added.

Using Guaifenesin and Mucinex to get pregnant is actually a practice that’s been around for years. “Studies have been published looking at this and it has been written about in fertility books since the ’70s. There is no conclusive help — or fertility doctors would be recommending it for everyone. That being said, it has a hypothetical mechanism of action that makes sense with very few risks — and it is inexpensive! There are probably a small subset of people who may have improved natural fertility rates by taking an expectorant, like Mucinex,” she said.

Here’s the TL;DR version: If you’re a person who has been struggling to get pregnant and your cervical mucus has been deemed “hostile” to sperm by a healthcare professional, then trying Mucinex probably won’t hurt! And, if you’re a person whose semen has tested for high viscosity, then it may also help your fertility as well.

So, do with this information what you will. BUT, please, please always check with your doctor before trying something from the internet! “Mucinex and Guaifenesin with the ‘D’ component are not recommended and some people — especially those with high blood pressure — should not take this combination of medications,” Dr. Crawford added.