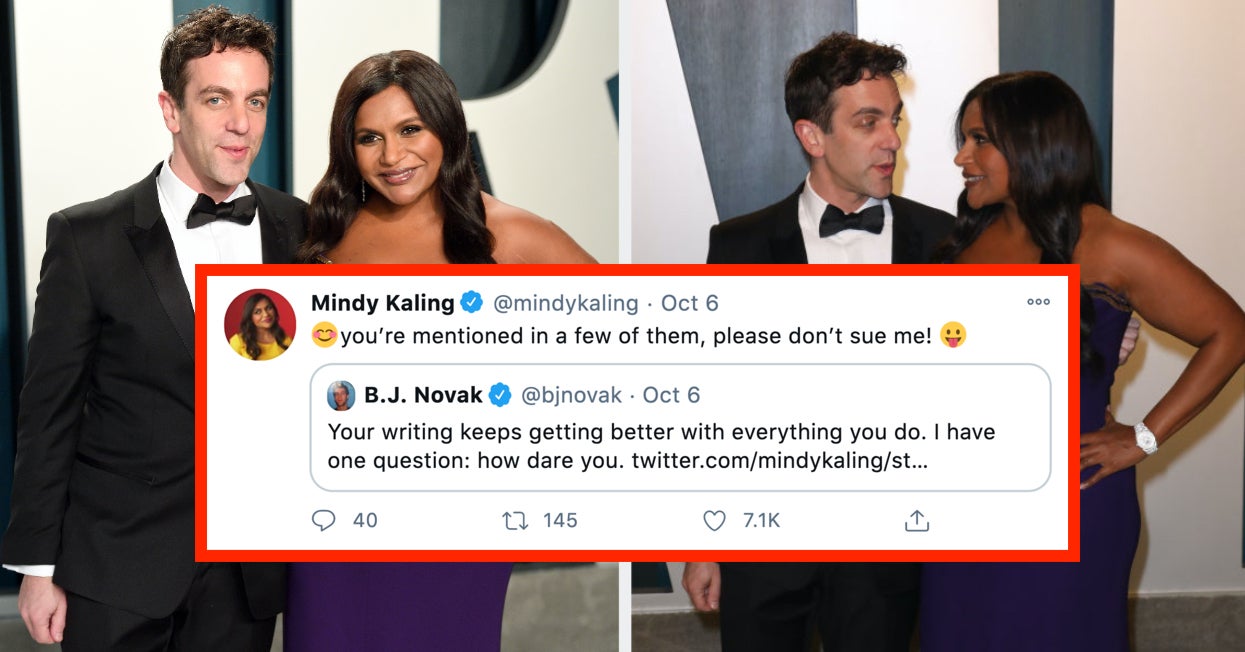 When Rita Wilson’s Golden Globes hair and makeup artist showed up late and Chrissy Teigen hilariously needed to know who it was:

When Lisa Kudrow and Ted Danson had a cute Friends theme song exchange after she guest-starred on The Good Place:

When Kerry Washington and Tony Goldwyn had the BEST exchange about their Scandal characters:

When Olivia Wilde dream-cast the Booksmart sequel with Malala and Greta Thunberg:

When Chris Evans sang Stanley Tucci’s praises after Stanley went viral over a video of him making a cocktail:

When Mindy Kaling and B.J. Novak had yet another great exchange:

When To All The Boys I’ve Loved Before costars Noah Centineo and Lana Condor had a sweet exchange about a dream:

When Halsey thought a baby video of her looked a lot like the Sprouse twins and Cole Sprouse agreed:

When Alicia Keys and Jordin Sparks had a sweet moment:

When Mindy Kaling was amazed that Charlie Puth was a fan of her show Never Have I Ever:

When Ronan Farrow’s mom Mia Farrow embarrassed him in front of The Rock:

When JoJo and Missy Elliott had the sweetest exchange:

When Brandy tweeted Monica after their Verzuz battle:

When Kerry Washington pointed out how cute Leslie Odom Jr. and Nicolette Robinson are:

Also when Kerry Washington and Alicia Keys conversed in emojis only:

When Miley Cyrus learned Lewis Capaldi is a big fan of hers:

When Naomi Osaka adorably freaked out when Michelle Obama tweeted at her:

When Louis Tomlinson hilariously responded after Liam Payne said that Louis didn’t call him back on an Instagram Live:

When Mark Ruffalo expressed his love for Cher:

When Kelly Clarkson sent a massive pizza to Chrissy Teigen and John Legend:

…and The Weeknd too:

When Chrissy Teigen was trying to identify a song by The Weeknd that she heard:

When Sarah Paulson and Sterling K. Brown got us excited about a collab:

When Gabrielle Union and Dwyane Wade had this very cute exchange:

When Chrissy Teigen hilariously called out John Legend while they were following the 2020 election results:

And when Chris Evans and Sarah Paulson had matching sweaters: