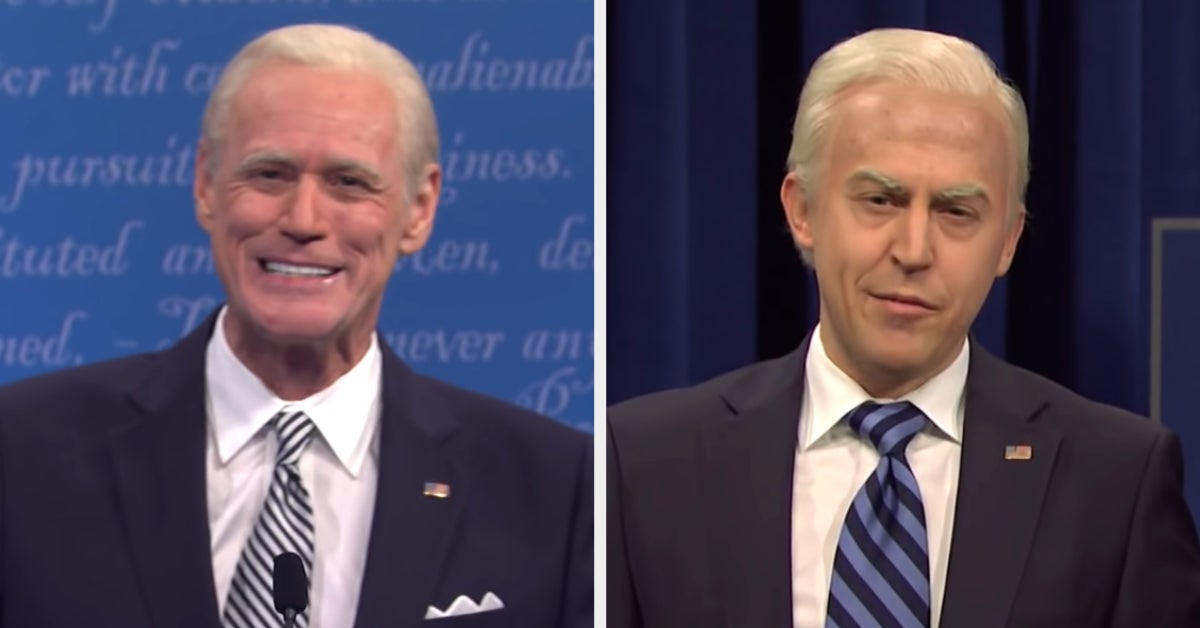 After just six weeks, Jim Carrey is leaving the building.

On Saturday, the actor and comedian tweeted that he was going to be stepping down from the role of impersonating the president-elect.

It’s sad to say goodbye, but at least he gave us this iconic moment.

Alas, the show must go on! And SNL wasted no time in unveiling a new Biden impersonator…and it’s cast member Alex Moffat!

Naturally, jokes were made.

And it’s a choice that makes sense! This season of SNL is being filmed with heavy COVID-19 precautions, and Alex, as a member of the regular cast, is already based in New York and available to do the show safely.

Best of luck to our new (TV sketch comedy) president! If this first impression is anything to go by, it’s destined to be an SNL classic.