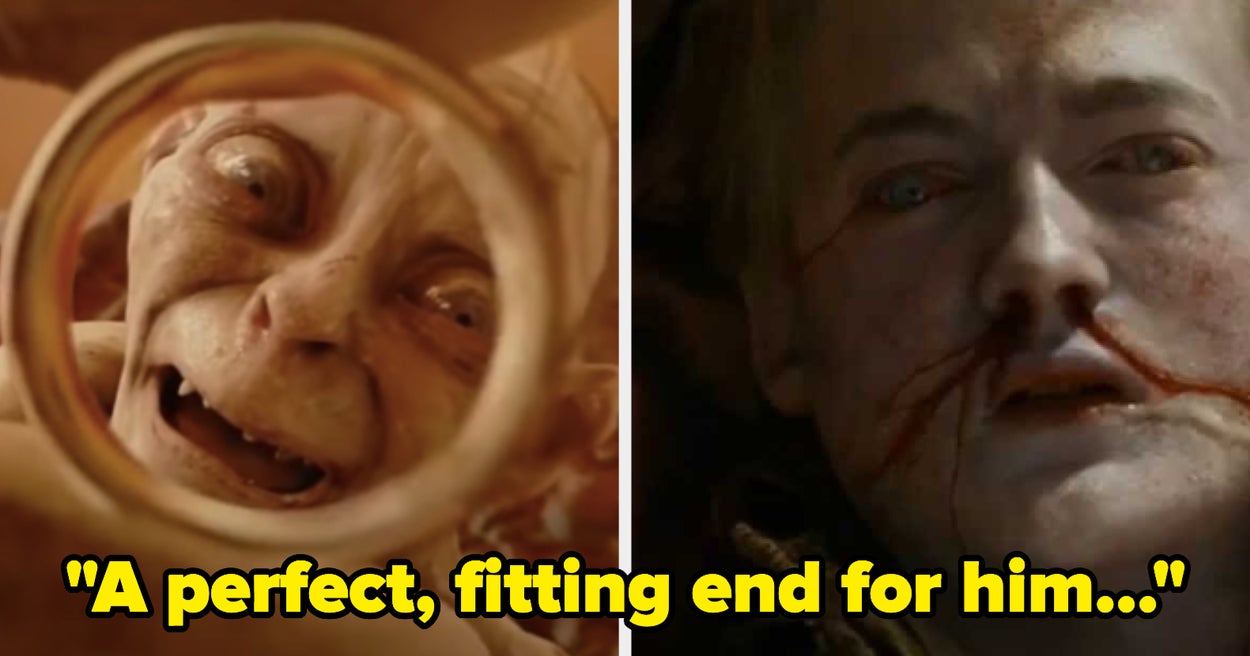 A fictional character’s death can be “satisfying” for a lot of reasons…like, maybe it’s a part of their redemption arc. Or maybe it’s done in such a poetic way, it made you emotional. Heck, maybe they just sucked and it was fun to watch them get their just desserts.

Well, all forms of satisfying character deaths were on display recently, when redditor u/Liteboyy asked, “What character death was satisfying to you?” The responses ranged from beautiful to brutal, but they were all fair.

So, with that in mind, here are just a few of the fictional character deaths that people actually found themselves enjoying, instead of grieving:

The Warden, The Shawshank Redemption (1994)

Smeagol/Gollum, The Lord of the Rings: The Return of the King (2003)

P’Li, The Legend of Korra

And finally — all of Edmond Dantes’ enemies, The Count of Monte Cristo

Now it’s your turn! What fictional character death did you find satisfying, and what made it so great? Share yours in the comments below!

Some responses were edited for length and/or clarity. H/T Reddit.