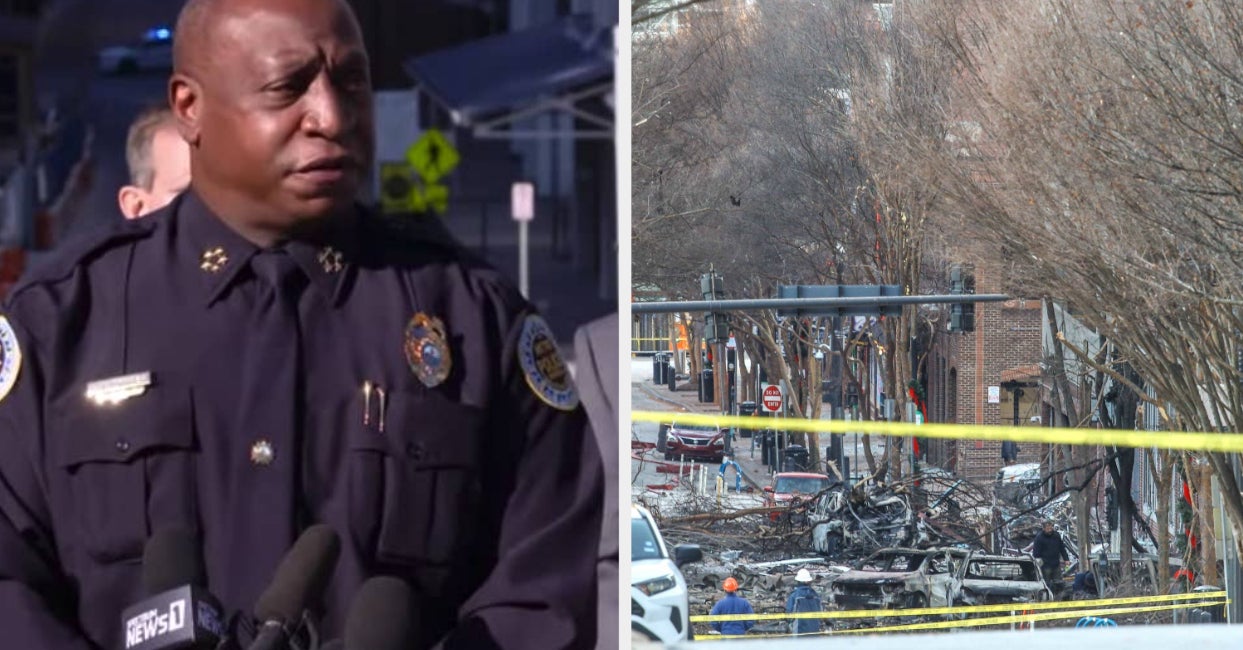 
An investigation into the Christmas Day bombing which rocked Nashville is underway with over 500 leads and multiple agencies working to identify those responsible for the “outrageous and cowardly attack.”

The incident, which took place during the early hours of Dec. 25, left three civilians with minor injuries and serious damage to the local area after a recreational vehicle exploded outside an AT&T facility.

Just before exploding, a terrifying warning message was broadcast from the vehicle telling passersby: “if you can hear this message, evacuate now.”

Special Agent Doug Korneski gave insight during a Saturday press conference into the scale of the investigation. Since the explosion, he said, authorities had fielded nearly 500 tips and leads.

“There are approximately 250 FBI agents, analysts and professional staff from at least eight surrounding field offices and FBI headquarters. They’re working shoulder to shoulder with our partners. Our team is addressing this case on several fronts,” explained Korneski.

This includes gathering physical evidence on site but also using behavior analysis to build up a picture of the perpetrator, he said.

Fielding questions from journalists, Korneski declined to identify any single individual as a person of interest, saying that there were “a number of individuals that we’re looking at.”

A USA Today journalist later shared a video on Twitter of authorities apparently searching a house in Nashville, but it’s unclear what connection, if any, it had to the incident.

United States Attorney Don Cochran paid tribute to the residents of Nashville and commended six MNPD officers for their bravery and willingness to risk their lives in the line of duty.

“Metro Nashville police officers– just [a] number of blocks north of here, didn’t run away from danger, literally ran to danger, [a] vehicle that was announcing that it was going to blow up. And Metro Nashville police officers instead of heading in the other direction, headed towards that..they evacuated that area, got all the citizens out of there,” he said. “I’m confident that their actions are part of the reason why there was less cost of life in this heinous act.”

Nashville Metro police chief John Drake assured the public that the city was safe and shared his confidence that there were no further threats that residents should be concerned about.

“We feel that we have no known threats at this time against our city. We’ve been in communication, and feel pretty good about that,” he said.

Drake did not offer any update on tissue discovered on the site, which were to be examined to establish whether they are human remains. During an earlier news conference, the police chief had told the public: “We have found tissue that we believe could be remains and we will have that examined and we will be able to let you know from that point.”

Nashville Mayor John Cooper announced a curfew in the explosion impact area to allow for the investigation to take place.

Cooper confirmed that at least 41 local businesses that had been “materially damaged” as a result of the blast and that there would be “sometime before 2nd Avenue is back to normal.”