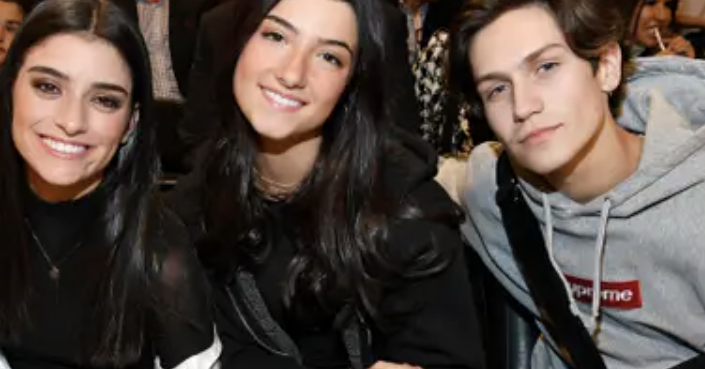 
Fans of TikTok’s most famous stars are expressing disappointment as photos have emerged of Charli and Dixie D’Amelio, Chase Hudson, Noah Beck, and Madi Monroe apparently on vacation in the Bahamas.

Starting late on Monday, videos began emerging online of the young influencers apparently posing with fans in the Bahamas and, specifically, at the Atlantis resort in Nassau.

A TikTok shows a fan posing with Beck as well as video footage of the group with what appears to be a staff member in an Atlantis-branded shirt.

On another TikTok of a fan posing with Beck, posted on Tuesday, Beck commented “lovely meeting you.”

Bryant, a friend and photographer of the influencers, also posted an Instagram story of himself, Beck, Hudson, and Anthony Reeves. The background of the image matches photos on Google of the Saint Laurent store located within Atlantis Bahamas’s Crystal Court luxury shopping area.

Monroe also posted a TIkTok on Tuesday showing her on Omegle. The background matches images of suites at the Atlantis on the resort’s website.

While many of the comments from fans have been about Beck possibly dying his hair black, many more are expressing disappointment that the influencers seem to have chosen to travel as the COVID-19 pandemic grows direr in Los Angeles.

People have also been leaving comments on the stars’ TikTok videos.

“Please stop being so inconsiderate to others,” she said during the broadcast. “You are putting other people at risk.”

Representatives for the D’Amelios, Beck, and the Atlantis did not return requests for comments. The Atlantis requires travelers to show proof of a negative COVID-19 test before entering the resort.

Although Beck and Hudson have posed for photos, the influencers themselves have been shy about posting photos or TikToks specifying where they are. That’s a big change from their last group trip to the Atlantis Bahamas in March, which included frequent social media posts.

Los Angeles, where the influencers live, is currently under a “safer at home” emergency public order.

“With this virus, we are safer at home,” the order says. “Wherever feasible, City residents must isolate themselves in their residences,” subject to certain exceptions.