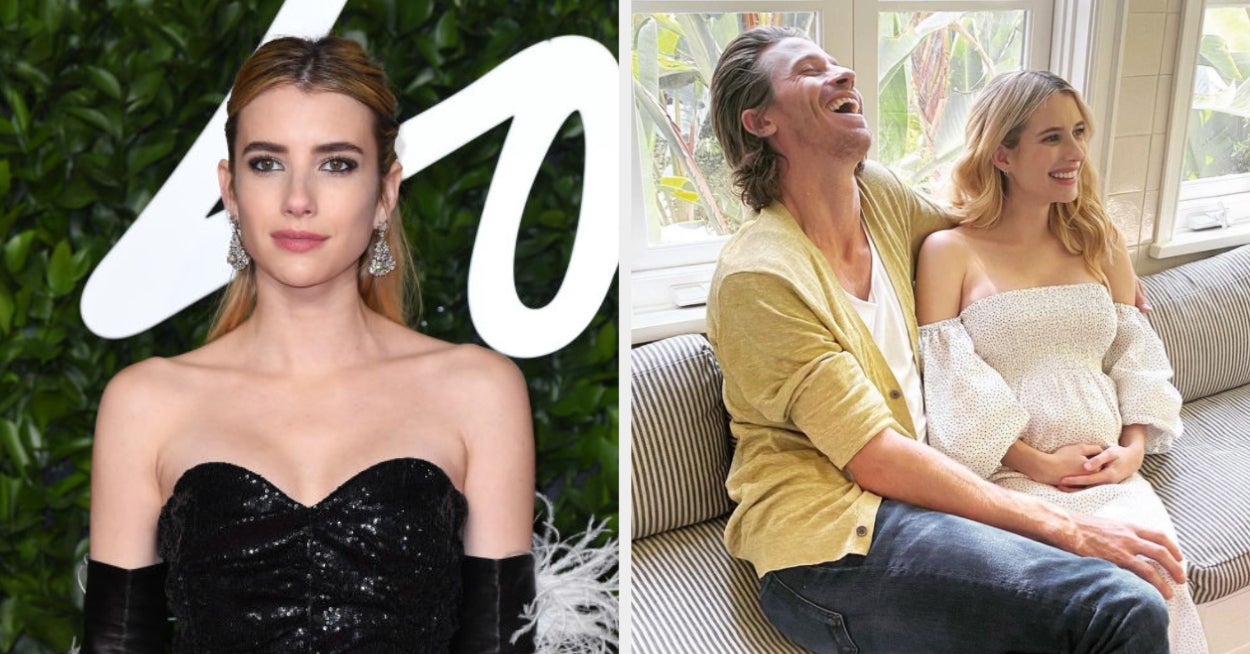 Emma Roberts and partner Garrett Hedlund have reason to celebrate after they apparently welcomed their first child together!

According to numerous reports, Emma gave birth to a baby boy on Sunday, with TMZ claiming that the new parents have named their son Rhodes.

E! News also confirmed the reports, with a source adding that “everyone is healthy” following the birth.

The Scream Queens actor confirmed rumours about her pregnancy back in August, posting pictures alongside Garrett with the caption: “Me…and my two favorite guys 💙💙”

And at the beginning of October, Emma celebrated her pregnancy with an intimate baby shower.

Emma also graced the cover of Cosmopolitan’s December issue, where she spoke about pregnancy and motherhood.

In the interview, Emma also opened up about freezing her eggs after she learned that she’d been living with undiagnosed endometriosis that had affected her fertility.

News of Emma’s pregnancy was surrounded by a little ~drama~ over the summer though, after the actor revealed that her mom accidentally announced the news on Instagram before she and Garrett had confirmed it.

Emma and Garrett have yet to publicly confirm the news of their baby’s arrival, so let’s hope her mom has learned her lesson from last time!

BuzzFeed News has reached out to reps of Emma for comment.