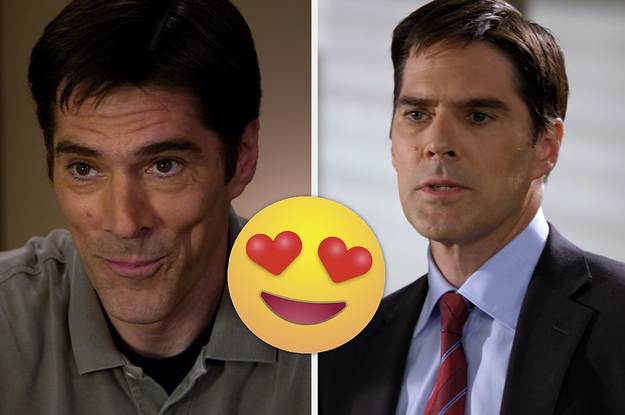 Okay, I would like to start this off by saying I humbly apologize and you look great today. So, my go-to activity this year, my hobby if you will, has been to binge-watch all of Criminal Minds on Netflix.

Since I have been watching so many episodes nightly, one could say I have become attached to some characters. One of them…is Aaron Hotchner.

I know he gets a lot of hate, but I’m actually high-key obsessed with him. I will die on this hill, dang it.

I’m not the only one who thinks he’s great.

Honestly, there’s just something about him.

Could it be his ruthless determination to catch serial killers?

But sometimes he smiles and my heart just melts into a puddle.

Obviously, he comes across as being super rigid and stiff. I could probably count on my hands how many times he showed any emotion other than pure dismay in this show.

Even though he has a very cold exterior, he really does care about his team and it shows.

Why, yes, you CAN profile me literally anytime. Thanks for asking.

Even if you don’t like him, he would still probably think you’re a cool cat. He’s just great like that.

Anyways, I’m going to go back to watching Criminal Minds so I can see this hunk of an agent once again.

(And please note that this post isn’t praising the problematic actor who portrayed the character, it’s all about Hotch.)