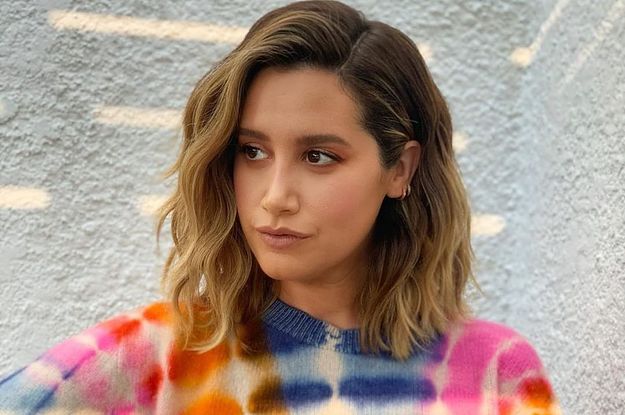 Even though High School Musical is one of Ashley Tisdale’s most famous movies, she says she won’t be watching it with her daughter any time soon.

Ashley shared this revelation with a surprising explanation, telling People, “Personally, I don’t watch my own stuff.”

Incredibly, she says her own husband “has hardly seen anything that [she’s] in.” (And he’s had time to catch up on her career: They’ve been together since at least 2012.)

“I think I just showed him High School Musical this year, and we’ve been married six years at this point,” she continued. “And that wasn’t even the full movie. I’m not someone who likes to watch myself.”

When it comes to sharing High School Musical with her daughter, Tisdale isn’t opposed — she says she just might not be the one to put it on for her. “I’m not going to be like, ‘Don’t watch it’,” Tisdale explained.

She also said of HSM, “I look completely different. It feels like a different lifetime!” — which hilariously came as a surprise to the actor’s seven-year-old niece upon watching it.

“My niece was like, ‘That’s my aunt?'” Tisdale laughed. “Yeah, I don’t see myself watching myself with my child. That’s just not who I am.”

When Tisdale’s daughter inevitably does watch High School Musical, we only hope that Tisdale will document the adorable experience.