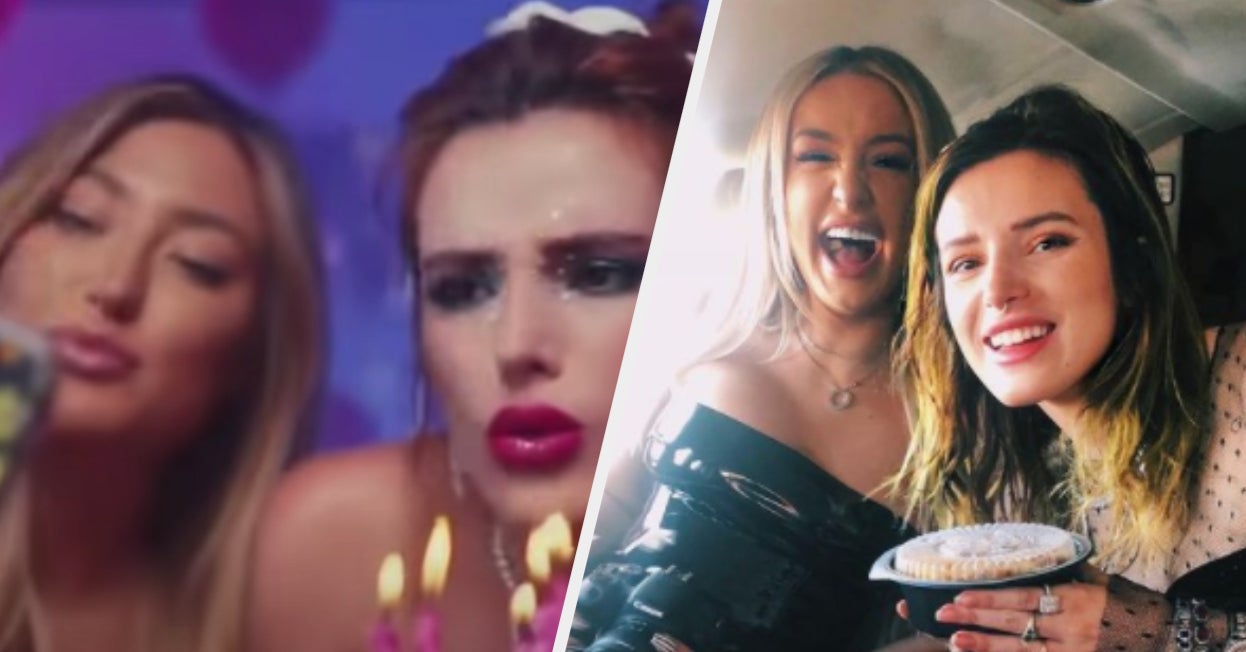 The dumpster fire that was 2020 ended with a BANG (depending on who you ask) in the form of exes Tana Mongeau and Bella Thorne duking it out on Twitter and TikTok!

So naturally, Tana and her squad — Imari, Ashly, Ari, and an off-camera Hunter — had to watch, react, and roast Bella’s vid:

Live footage of me watching this entire saga unfold:

To set the tone, Imari tweeted this before the kerfuffle between Tana and Bella blew up on the interwebs:

But the gloves have come off and Tana & Co. are coming for blood! This is everyone’s first time watching the video, and Tana revealed that a friend of hers told her this troubling fact:

All’s fair in love and social media war, I guess:

“I am one to stain some images, but I think that the national crime that you just committed on sex workers everywhere is what might be affecting your image a little more than dating me.”

But you already KNOW that this wasn’t enough, because Tana HAD to take it to www.twitter.com:

I’m not entirely sure how I would react if an ex did this to me…so who am I to judge how Tana handled? To each their own, I guess.

Bella Thorne has yet to publicly comment on this matter.