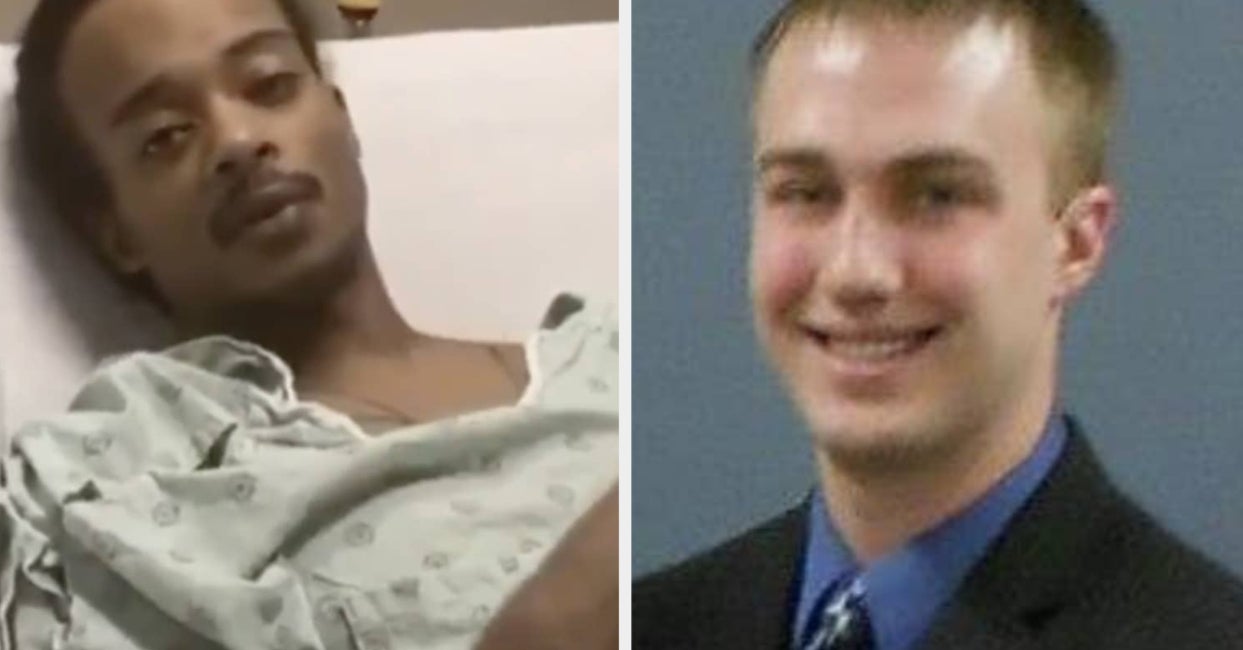 
A Kenosha police officer will not be charged over the August shooting of Jacob Blake, an unarmed Black man, the Kenosha County district attorney announced Tuesday.

Rusten Sheskey, a seven-year veteran with the Kenosha Police Department in Wisconsin, shot 29-year-old Blake seven times in the back on Aug. 23, 2020, as he was walking to his car where his three children were seated.

Blake survived the shooting but was left paralyzed from the waist down.

At a press conference on Tuesday, Kenosha County District Attorney Michael Graveley announced, “No Kenosha law enforcement officer in this case will be charged with any criminal offense based on the facts and the laws.”

Graveley added that Blake would not be charged with any offenses.

“This was a tragedy first and foremost for Jacob Blake, who still suffers from grievous injuries,” he said.

“We are immensely disappointed and feel this decision failed not only Jacob and his family but the community that protested and demanded justice,” he wrote.

Graveley said a determining factor in the decision not to press charges against the officers was the finding by an independent use of force expert that the officers acted reasonably and appropriately.

“That would be decisive to a jury determining whether the privilege of self-defense could ever be defeated beyond a reasonable doubt,” he said.

In anticipation of protests over the charging decision, Kenosha’s city council on Monday night approved a resolution to declare an emergency in the city, granting the mayor the power to respond quickly. Bracing for unrest, local businesses were boarded up and the city closed roads, limited bus routes, and installed protective fencing around public buildings.

On Monday night, Blake’s family led a peaceful march through the city calling for Sheskey to be fired and charged with a crime.

“[Sheskey] tried to kill my son and could have killed my grandchildren,” Blake’s father, Jacob Blake Sr., said at a press conference. “He shot him seven times in his back unjustifiably.”

“Sheskey needs to be fired, indicted, have his day in court, and convicted,” Justin Blake, Blake’s uncle, told reporters. “Until we get that, the Blake family is not leaving Wisconsin.”

At a candlelight vigil for Blake outside the courthouse, Tanya McLean, a spokesperson for the family, said they did not want violence in the city “no matter what the decision is.”

“We want everybody to come out, make as much noise as you want, but we don’t want any destruction of property or businesses,” she said. “We are for nonviolence.”

Following the shooting last August, violence erupted in the city as protesters and police clashed and militant groups who claimed to protect local businesses confronted demonstrators during the civil unrest.

Kyle Rittenhouse, an 18-year-old Trump supporter, was charged with murder for shooting and killing two people and injuring another during the turbulent protests. Rittenhouse, who has since been lionized by the far right as a hero and patriot, pleaded not guilty at a court hearing on Tuesday. His attorney has previously said he acted in self-defense.

After the Wisconsin Department of Justice completed its investigation into Blake’s shooting, the files were reviewed by retired Madison police chief Noble Wray who was brought on as a consultant. Based on Wray’s review and analysis of the files, Graveley had independently made his charging decision.

On Aug. 23, Kenosha police officers responded outside a residence after a woman reported that her boyfriend, who was not supposed to be on the premises, was present, authorities said.

Witnesses said that Blake was trying to break up a fight between two women when officers tried to arrest him. Sheskey and another officer, Vincent Arenas, deployed their Tasers in an unsuccessful attempt to stop Blake, according to the Wisconsin Department of Justice.

While Blake walked to his car and opened the driver’s side door, Sheskey grabbed his shirt and shot him seven times in the back. Three of Blake’s sons were inside the vehicle.

The shooting was captured on cellphone video and widely shared on social media. Officers with the Kenosha Police Department do not have body cameras.

Blake’s family said he was unarmed at the time of the shooting. Wisconsin authorities said they had recovered a knife from the floor of the driver’s side of Blake’s vehicle.

Sheskey’s attorney has said that the officer shot Blake because he thought he was trying to kidnap a child and flee in his car.

In November, prosecutors dropped a third-degree sexual assault charge against Blake stemming from an incident last May. During a court hearing over Zoom, Blake pleaded guilty to disorderly conduct and domestic abuse and was sentenced to two years of probation, according to court records.

Justin Blake, his uncle, told the Post that Blake was undergoing physical therapy in Chicago, where he was living in an undisclosed location.

“He can motor his arms and stimulate his muscles to hopefully get his lower region to work again,” Justin Blake said.