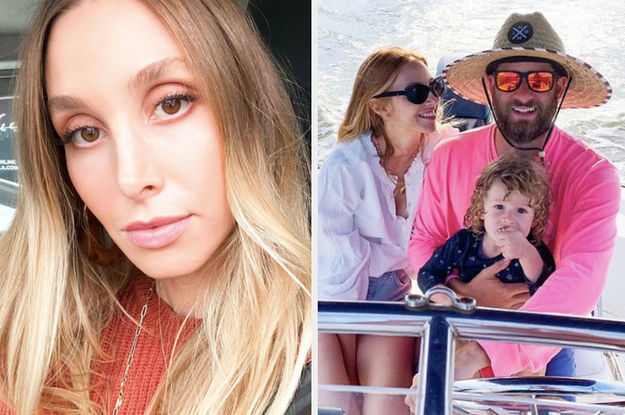 The Hills star, 35, shared the news on Instagram after revealing that she and husband Tim Rosenman had documented the pregnancy in a series of vlogs that they’ve decided to post despite their loss.

“This is not an easy one,” Whitney wrote. “We decided to start vlogging for our YouTube channel a couple months ago to share two stories: Renovating a new home and a new pregnancy journey. Sadly, I lost the pregnancy.”

“Timmy and I weren’t sure if we still wanted to put this out there,” she continued. “I wasn’t sure I wanted to relive the pain.”

Whitney — who shares 3-year-old Sonny with Tim — went on to reference the pregnancy loss she suffered in 2019, revealing that the experiences had been entirely different because this time she felt “ready” to have another child.

“This time around, I felt differently about the situation,” she wrote. “Last time, I don’t think I was ready to have another child, and I had different feelings about the miscarriage. This time, I really connected. I was actually excited and enjoying the pregnancy. I envisioned it all.”

“I’m sad but I’m OK and we will try again,” she added. “So here’s our story. I also have so much sadness in my heart for anyone that has to go through this or has gone through this.”

Whitney went on to share the first of the five vlogs charting her pregnancy, which opened with a disclaimer telling fans that she and Tim had since lost their baby.

“A few months ago, Timmy and I found out I was pregnant,” the message read. “We were so happy. I was sure I was having a girl and connected to that idea and feeling immediately. Sadly, I lost the pregnancy.”

The video opened with the pair excitedly telling their followers that Whitney was seven weeks’ pregnant, before she admitted that, while the experience this time around had been more positive, she was looking forward to having the baby and regaining control of her body and anxieties.

“I’m enjoying being pregnant because I can relax and not feel guilty about it and we get all this time at home and we have nowhere to be,” she said. “But I’m also ready to just have the baby so I can be in charge of my body and what I put in it, and not ever have to have any anxiety about getting pregnant ever again.”