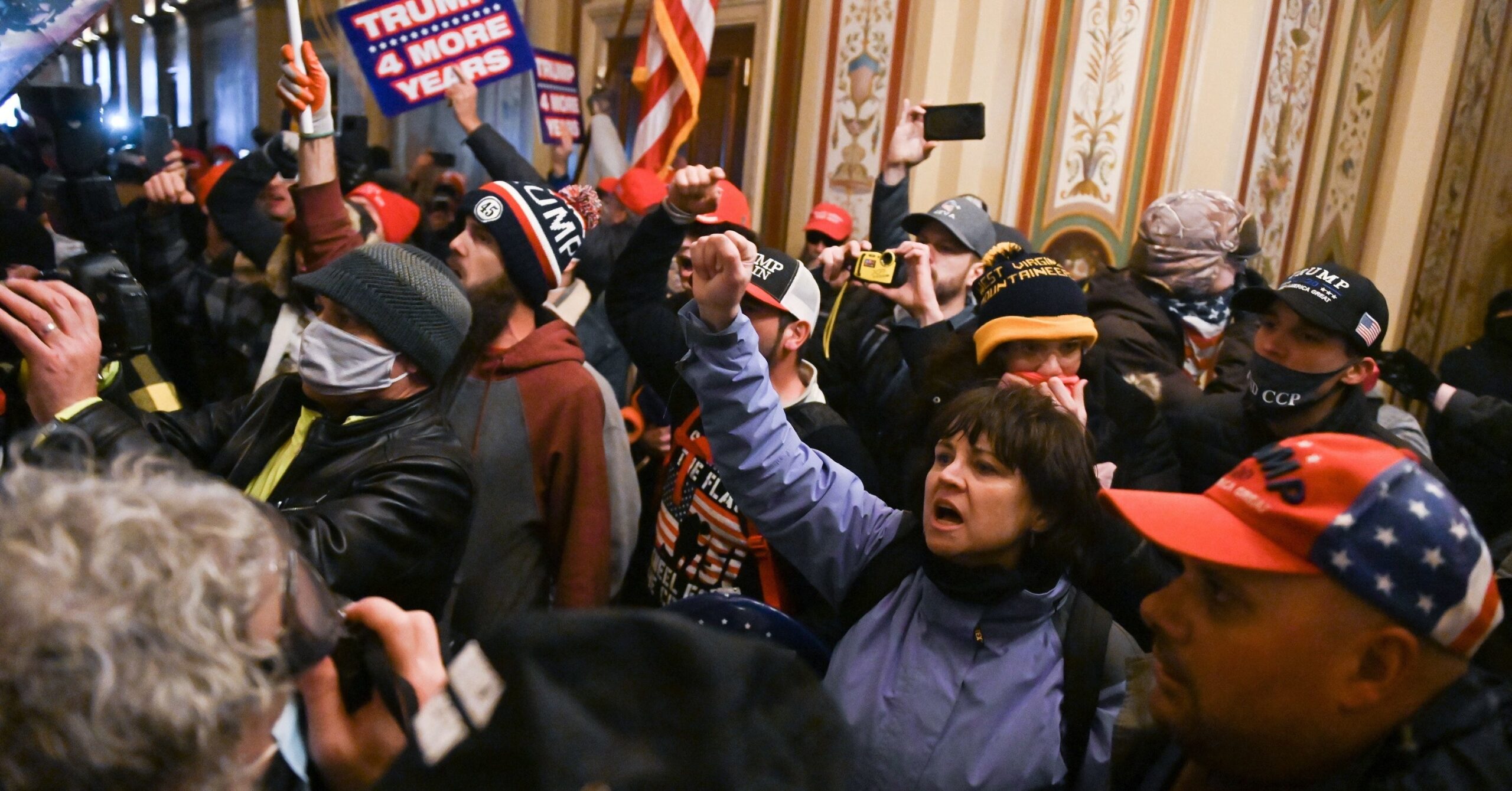 
A woman died after being shot in the neck inside the Capitol Wednesday during the violent pro-Trump riot that sent Washington, DC, into terror and chaos, police told BuzzFeed News.

The shooting occurred shortly after dozens of Trump supporters breached the government building, where lawmakers had been meeting to certify the presidential election until they were evacuated amid what can only be described as an attempted coup.

Metropolitan Police Chief Robert Contee on Wednesday night confirmed the woman was shot by Capitol police. Her identity was withheld until her next of kin was notified.

Video of the incident shows the woman wrapped in a Trump flag, covered in blood, lying in the halls of Congress. (Warning: The video is graphic.)

Footage that aired live on MSNBC showed the woman, who has not yet been publicly identified, being rolled out of the building on a stretcher. (Warning: The video is graphic.)

Videos tweeted by one of the insurrectionists appear to show the moment the woman was shot and the immediate aftermath. (Warning: The videos are graphic.)

The District of Columbia Fire and Emergency Medical Services Department told BuzzFeed News they had transported a patient with “critical, life-threatening injuries” from the Capitol, and that CPR was performed.

It is unclear what exactly transpired in the lead-up to the shooting. Around the same time, HuffPost reported hearing an officer say shots had been fired and said the glass of the chamber’s doors had been blown out.

Police said three others also died during the events that unfolded Wednesday, but that they had suffered unspecified medical emergencies.

In a WUSA9 TV interview following the incident, one of the pro-Trump rioters, who identified himself as Thomas from New Jersey (the spelling of his last name was not clear), said he had witnessed the shooting. It occurred after the woman “rushed to the windows” and wouldn’t follow police officers’ commands to get out of the way, he said.

“She didn’t heed the call, and as we kind of raced up to grab people and pull them back, they shot her in the neck,” Thomas said. “And she fell back on me…and then she started moving weird and blood was coming out of her mouth and neck and nose. I don’t know if she’s alive or dead anymore.”